By Andrew Pierce for the Daily Mail

Sir Keir Starmer, Shadow Brexit Secretary, insisted in a cringeworthy BBC radio interview on Friday that his firm middle-class credentials should not prevent him becoming the next Labour leader.

His Wikipedia page was mysteriously edited last week, with references to him being a ‘millionaire’ removed.

The issue has haunted him for some time. In a little-noticed interview on Good Morning Britain during the election campaign, Starmer insisted: ‘I’m not a millionaire. I don’t have those kind of earnings. I live in a house in North London. It’s probably now worth over £1 million.’ 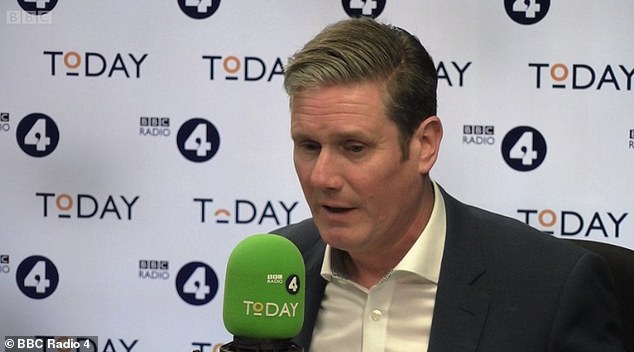 In fact, the property next door recently sold for £1.8 million and he has a half-share (with his sister) of a Surrey house worth about £800,000.

Though at pains to present himself as a man of the people — asking journalists to call him ‘Mr Starmer’ rather than ‘Sir Keir’ — he was paid a chunky salary of about £120,000 as Director of Public Prosecutions and today buttresses his £79,000 MP’s wages with thousands more advising law firms, juggled around his frontbench duties.

Will Labour’s Northern working-class voters — now seduced into the arms of the Tories — ever warm to this rich Londoner?

Starmer is not the only senior Labour figure now loudly talking up their working-class roots.

Shadow Foreign Secretary Emily Thornberry regularly recalls being brought up by a single mother on a council estate. 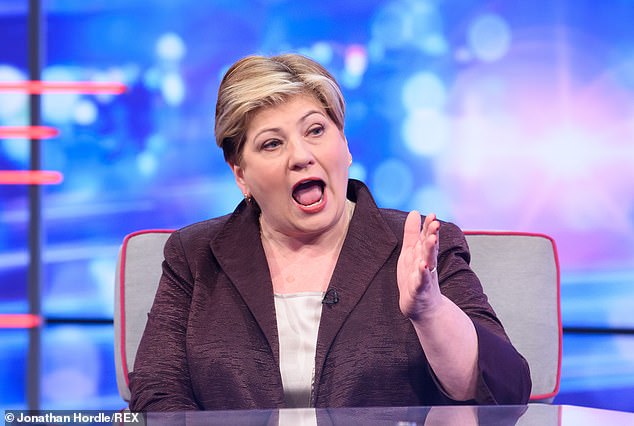 The MP, also known as Lady Nugee because her husband is a High Court judge, even boasted on LBC radio of having cleaned up vomit on a cross-Channel ferry.

‘I was leaning on my broom handle,’ she said, ‘thinking although I was earning £180 a week, it wasn’t worth it. Then a little boy rushed in and was sick right in front of me.’

An experience that could come in handy if she is tasked with cleaning up the Labour Party.

A withering verdict on Jeremy Corbyn from former Foreign Secretary Jack Straw, who served in every Labour Cabinet from 1997 to 2010.

Mocking the Corbynites for scapegoating the media, Straw wrote in a letter to The Times: ‘The media did not invent Mr Corbyn’s links with the terrorist organisations Hamas and Hezbollah, or his support for the IRA when it was killing innocent people.’ Well said. 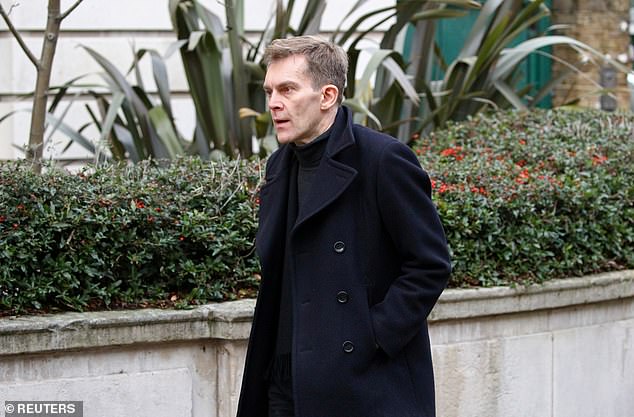 ‘He had a face like thunder,’ said a fellow shopper, adding: ‘Perhaps he was still cross that Kensington no longer has a Labour MP.’

A new homeland security department is in the offing after Boris reshuffles his Cabinet when Britain leaves the EU at the end of next month.

I hear that Brandon Lewis, the security minister and former Tory chairman, will get the job. You read it here first.

Asked to state his name when being sworn in to the House of Lords, the Earl of Shrewsbury replied incredulously: ‘All of them?’ Little wonder.

Celebrated songsmith Sir Tim Rice, a Tory-supporting Brexiteer, is still swamped with messages from diehard Europhiles objecting to him having strong opinions at the age of 75.

‘I’ve already apologised to plenty of Remainers for not dying in the last three and a half years, but they are still not satisfied!’ he chuckles.