Ed Miliband, who led Labour to general election defeat in 2015, will help spearhead a review into why the party was crushed at the ballot box in 2019.

The independent review, set up by activist group Labour Together, will include interviewing all 59 MPs who lost their seats on election night.

But critics have hit out at the set up of the major inquest, branding it ‘ludicrous’ and suggesting the involvement of Mr Miliband was like asking a gambling company ‘to review gambling addiction’.

It came as an ex-Labour MP and leading ally of Jeremy Corbyn was mocked after she claimed the party was crushed at the election because of Tony Blair.

Laura Pidcock, who was booted out of her North West Durham Seat earlier this month, said ‘Blair’s legacy still hangs around this party like a millstone’.

Her comments prompted a mix of fury and ridicule online as she was told by critics of Mr Corbyn and defenders of New Labour to take responsibility for ‘the project you championed’. 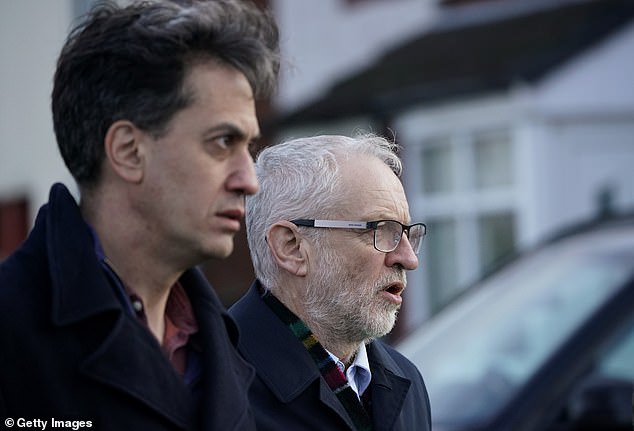 Ed Miliband, pictured alongside Jeremy Corbyn in November, will help lead a review into why Labour lost the 2019 general election 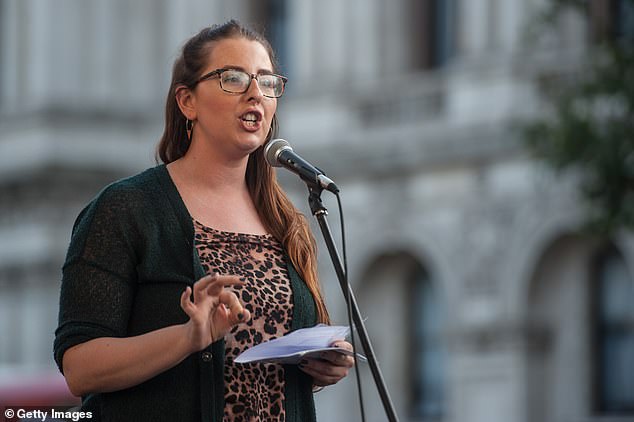 Mr Corbyn and the Labour leadership have only partially accepted the blame for the party’s poor showing at the election with many of his allies having blamed the media and Brexit.

But an Opinium survey, conducted on the day of the election, showed Mr Corbyn and the party leadership was the most cited reason among voters for not backing Labour.

The independent review will seek to assess why the party has failed to win power at four successive elections.

The commissioners behind the probe said it was ‘wrong’ to blame only the leadership or the position on Brexit for Labour’s heaviest general election loss since 1935 as the party sank to just 202 MPs.

As well as Mr Miliband, who led the party to its 2015 defeat and then stood down as leader, former shadow education secretary Lucy Powell and Birmingham Ladywood MP Shabana Mahmood will also help lead the review.

Ms Powell said the inquiry would take a ‘real and meaningful look’ at why the party had ‘fallen short’.

‘We have lost the last four elections and we all have to accept that our offers to the country have been insufficient,’ she said.

The review will take written and oral evidence from all the defeated candidates in former Labour held seats and from those who failed to win target constituencies.

However, with the Labour leadership battle taking place in the New Year there are concerns that the review may not report back until after Mr Corbyn’s replacement has been elected.

Labour MP Ben Bradshaw responded to the probe by asking why it did not include ‘someone with experience of actually winning a general election’.

The announcement of the review came as Ms Pidcock claimed on Twitter that Mr Blair, who stepped down as prime minister in 2007, was to blame for the party’s election disaster.

She tweeted: ‘Vital to learn the lessons of Labour’s GE2019 defeat. However, the answers will not be found at the door of New Labour’s architects. 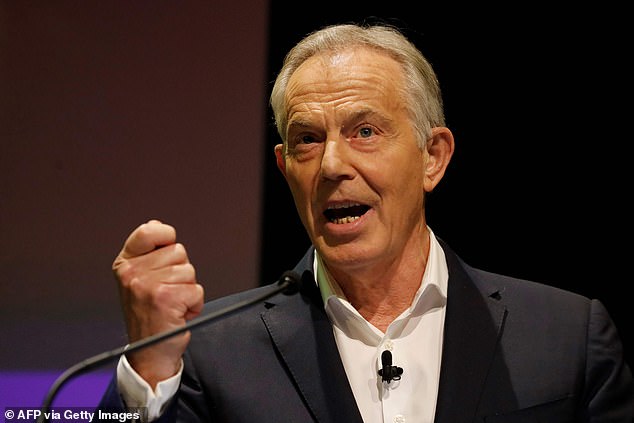 ‘Blair’s legacy still hangs around this party like a millstone, especially in the North East. I heard it time & time again.’

Her comments came after Mr Blair said in a speech last week that Labour was ‘marooned on a fantasy island’ and had ‘let our country down’ as he attacked the ‘terminal ineptitude’ of the party leadership.

Former Labour home secretary Jacqui Smith swiped at Ms Pidcock: ‘FFS Laura. I’m sorry you lost your seat but it was down to the unelectability of the Leader and the project you championed.

‘You need to own that rather than try to shift the blame to a leader and politics that actually managed to win and change Britain for the better.’