Girl, 9, who went missing just days before Christmas is found safe and well after extensive search

By Danyal Hussain For Mailonline 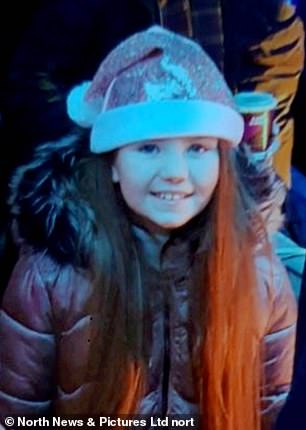 A nine-year-old girl who went missing just days before Christmas has been found safe and well after an extensive search.

Police launched an urgent appeal for information after Mya Robinson went missing at 9.30am today, on Rydale Avenue in Redcar, on Teesside.

In a tweet, Cleveland Police confirmed the young girl has been found.

They said: ‘The 9 year old girl missing from Redcar has been located safe and well.

‘Thank you to the thousands of people who shared the appeal!’

Thousands of people shared the appeal on Facebook to find the young girl.