A ‘bullied’ ballet dancer dubbed the next Billy Elliot who was found dead aged 14 after starring on TV reportedly hanged himself.

Jack Burns, 14, an accomplished dancer who appeared in the TV drama Outlander in 2014, was found dead at home in Greenock, Inverclyde, on December 1.

He won a place at the Elite Academy of Dance and the Royal Conservatoire in Glasgow, appeared in ITV thriller Plain Sight and several BBC productions.

The teenager, who was described as an ‘inspiration’ by his teachers and took up dancing seven years ago, also played rugby and football. 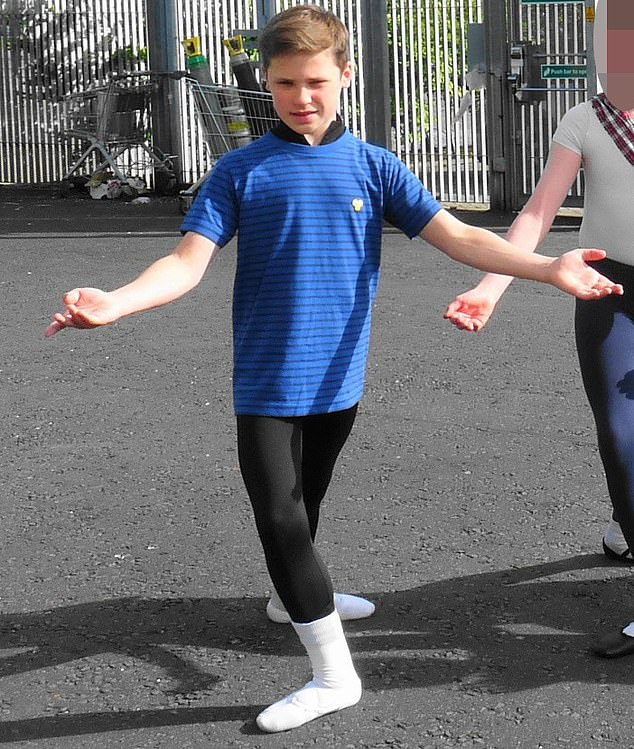 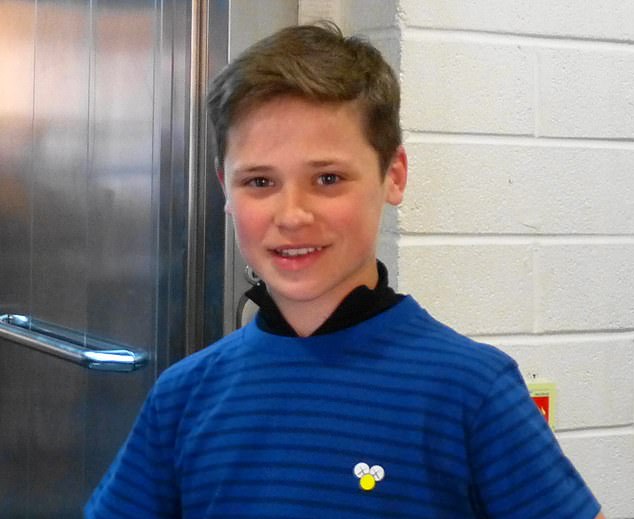 Jack was described as an ‘inspiration’ by his teachers, after taking up dancing seven years ago

Jack was rushed to hospital, where he was later pronounced dead, after being found hanged at his home, reports the Daily Mirror. Police are said not to be treating his death as suspicious.

Tributes have poured in from shocked friends and family since the death was announced. 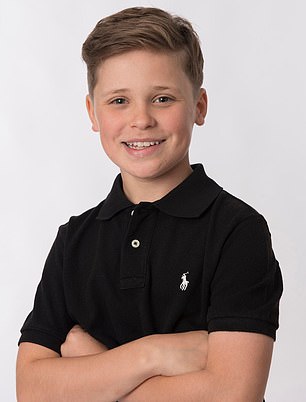 He attended St Columba’s School in Kilmacolm and leaves behind his mother Karen, 46, father Robert, 47, and brother Rory, who is also said to have been in Outlander.

Jack also worked as a model, fronting campaigns for global brands through his contracts with The Model Team in Glasgow.

Shocked friends took to Facebook to pay tribute to the boy. One wrote: ‘Jack was such an amazing boy and he did not deserve the stuff he went through. He never ever wanted to hurt anyone, there was not a bad bone in his body.

‘I’m absolutely heartbroken that I have lost someone who meant so much to me and many more people.’

Another said: ‘Your parents / family / friends must be so unbelievably proud of you and what you’ve achieved.

‘What an amazing person and to do what makes you happy and be you, no matter what. Takes such rare courage that a lot of us don’t have.’ 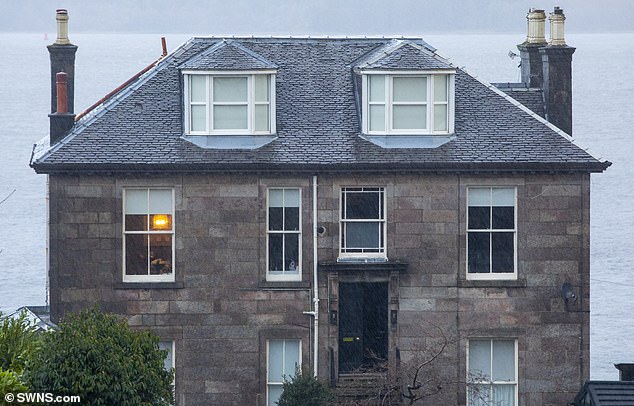 Jack’s family home in Greenock, Inverclyde, is pictured today after his death on December 1 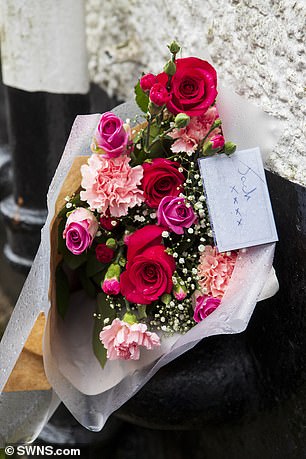 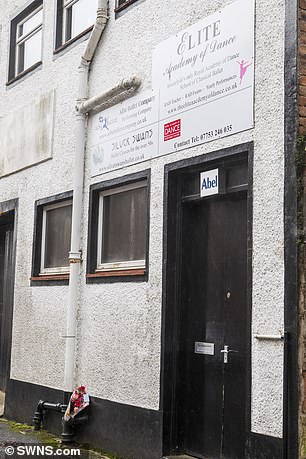 Flowers left today outside the Elite Academy of Dance in Greenock, where Jack attended 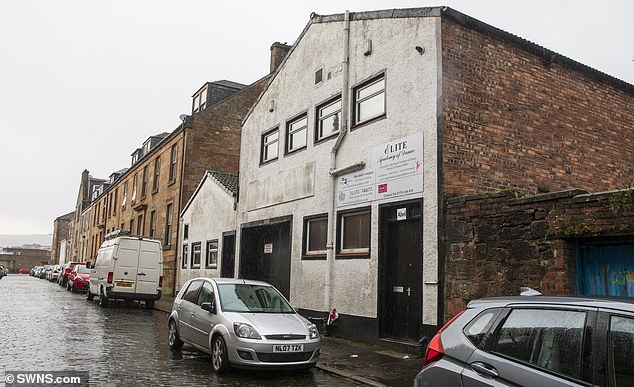 Jack trained at the Elite Academy of Dance in Greenock, which is pictured today

Father Thomas Boyle, priest of St Mary’s Church in Greenock, where his funeral will be held tomorrow, told MailOnline: ‘This is a tragedy for the family which is inexplicable.

‘Everyone will be at the funeral tomorrow to support Karen, Robert and his brother Rory.

‘Everything he participated in so well in his life will be there, from the ballet school, his rugby club and the people he played football with. Everyone’s absolutely devastated by what’s happened.’

News of his death was shared on the Facebook page of Elite Academy of Dance. A statement read: ‘It is with a very heavy heart that we write this post.

‘Tragically as you know we lost our much loved student Jack Burns on Sunday, December 1.

‘Jack was an inspiration to everyone at Elite and touched the hearts of everyone who had the pleasure of working and dancing with him since 2012. 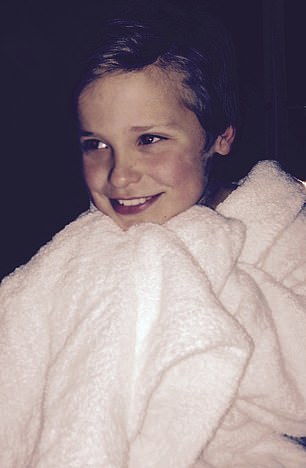 Jack also worked as a model, fronting campaigns for global brands through his contracts with The Model Team in Glasgow

‘We and all of Jack’s family and friends are naturally completely devastated and at a loss for words and answers.

‘Jack’s family wish to let everyone know that his funeral service will be at at 10am at St Mary’s Church, Patrick Street, Greenock, on Thursday, December 12.

‘Karen, Robert and Rory would love if those from his Elite Family that knew and loved Jack as much as they all do wanted to attend. They would also take much comfort if students wish to attend in Alba or Elite Hoodies and sit together on Thursday.

‘Our studio will be open at 9am on Thursday for those wishing to attend. All our thoughts and prayers at this time are with Jack’s immediate family and friends but especially with his parents Karen, Robert and his brother Rory.’

The UK Theatre School said in a statement: ‘Last week, we emailed all of our current students’ parents and guardians with the terribly sad news about the passing of one of our exceptionally talented young students. 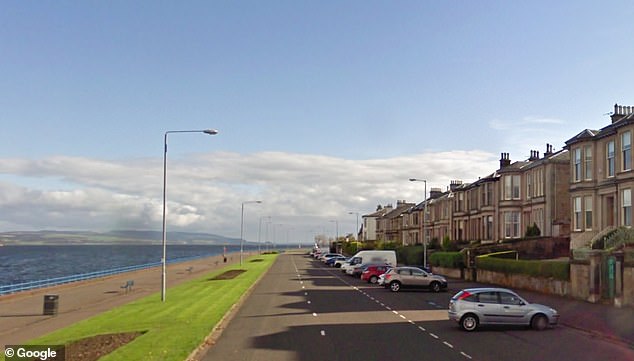 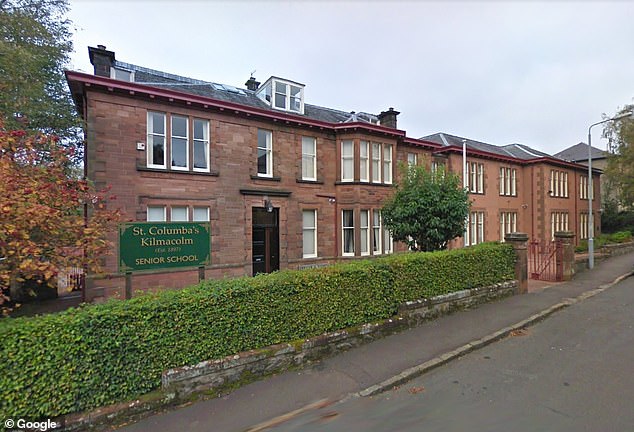 ‘Jack’s family have said that anyone who would like to attend his funeral is more than welcome.

‘They have also mentioned that children and young people from Jack’s ballet schools will be wearing their youth group hoodies as a tribute to Jack and the groups that he loved to attend.’

A Police Scotland spokesman said: ‘At around 3.30pm on December 1, police were called following the death of a 14-year-old boy within a house in Greenock.

‘Enquiries are ongoing to establish the exact cause of his death which police are not treating as suspicious.’