Singer Olivia Newton-John has been made a dame in a New Year Honours list that recognises four members of England’s Cricket World Cup winning squad.

All-rounder Ben Stokes, man of the match in the victory against New Zealand at Lord’s in July, becomes an OBE, while team captain Eoin Morgan receives the higher CBE award.

The singing superstar, who was knighted in 1998, joins the elite companions of honour, an order restricted to a maximum 65 members, for services to music and charity.

And Queen drummer Roger Taylor is made an OBE in the year his band’s biopic, Bohemian Rhapsody, set cinema box office records.

Another familiar face on TV, Gabby Logan, becomes an MBE for services to sports broadcasting and promoting women’s sport.

Female sporting success is also celebrated with an OBE for world taekwondo champion Jade Jones, and MBEs for netballers Serena Guthrie and Joanne Harten, and footballers Jill Scott of England and Loren Dykes of Wales.

Guide to the Honours

Newton-John’s damehood is for services to music, cancer research and charity. The Cambridge-born star, who moved to Australia as a child, achieved global fame in the 1978 film Grease. After being diagnosed with breast cancer, she became a campaigner and in 2012 set up a cancer centre near Melbourne.

“I am extremely excited, honoured and grateful beyond words to be included with such an esteemed group of women who have received this distinguished award before me,” she said.

Eoin Morgan said: “Winning the World Cup has been a dream come true and the honours and awards that have come since that day at Lord’s really mean a lot to everyone connected with the team.” 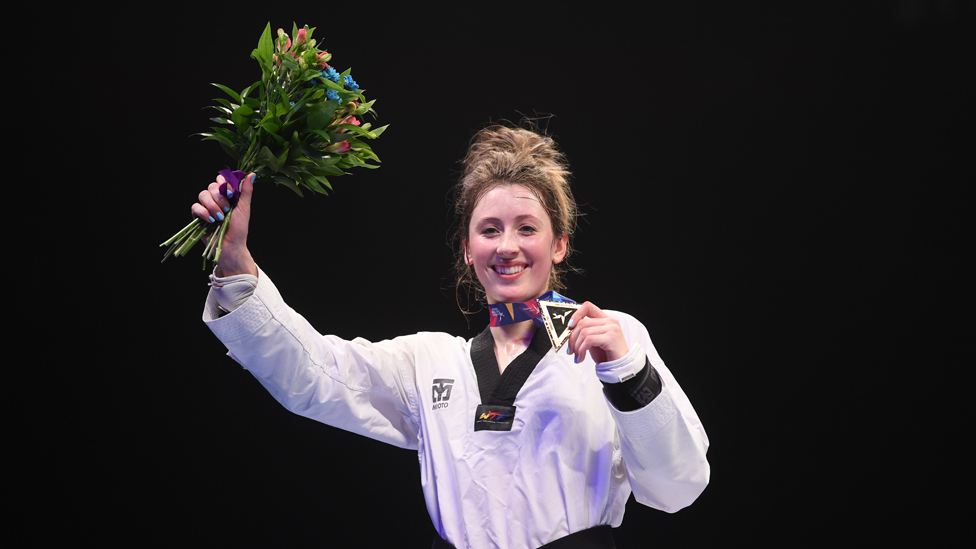 Overall, 1,097 people are on the list issued by the Cabinet Office, with 51% being women. The Foreign Office has announced 100 honours, and separate lists cover gallantry awards for police, ambulance and fire staff and military personnel.

The youngest person on the list is Ibrahim Yousaf, 13, who receives a British Empire Medal (BEM) for charity fundraising in Greater Manchester.

Other sporting honours include OBEs for horse racing trainers Nicky Henderson and Paul Nicholls, and MBEs for ex-Northern Ireland footballer Aaron Hughes, and Rose Reilly, who played for Scotland and Italy in the 1970s.

Paralympic champion runner Michael McKillop, from Co Antrim, who won gold in Beijing, London and Rio is made an MBE.

From business, there is a damehood for Sharon White, chief executive of telecoms watchdog Ofcom. She is to become the first female chair of the John Lewis store group.

There are OBEs for fashion designer David Nieper, and Thomas and Ruth Chapman, who founded clothes retailer Matches. Television presenter Gok Wan is appointed an MBE for services to fashion and social awareness.

Graphic designer Peter Saville, who began his career 40 years ago with the cover of the Joy Division album Unknown Pleasures, becomes a CBE.

Snow Patrol frontman Gary Lightbody is to be made an OBE for services to music and charity in Northern Ireland. His song Chasing Cars was named the most-played song of the 21st Century on UK radio.

EastEnders star Rudolph Walker becomes a CBE, in recognition of his foundation helping disadvantaged children become actors. Ex-Coronation Street actor Derek Griffiths is made an MBE for services to drama and diversity.

Cellist Sheku Kanneh-Mason, 20, who played at the Duke of Sussex’s wedding in 2018 becomes an MBE.

Wine writer and broadcaster Oz Clarke is made an OBE.

TV presenter June Sarpong, who this year was appointed director of creative diversity at the BBC, becomes an OBE for services to broadcasting, and BBC senior news controller Sarah Ward-Lilley an MBE for services to journalism.

More than 20 teachers are on the list. Caroline Allen, ex-head of the Orchard Hill College and Academy Trust schools for students with special needs in the South East, becomes a dame. Kalwant Bhopal, professor of education and social justice at the University of Birmingham becomes an MBE for services to race equality in education.

Twelve nurses and five midwives are on the list including Nicolette Peel, from Derbyshire, who has been made an MBE for supporting pregnant women affected by cancer.

Prof Lesley Regan, president of the Royal College of Obstetricians and Gynaecologists and author of a number of books on pregnancy, is made a dame for services to women’s healthcare. University of Sussex Prof Alan Lehmann, becomes a CBE after his research into rare genetic conditions, and NHS England head Simon Stevens is knighted.

Some 72% of recipients are being recognised for work in their community.

Harry Paticas, the creator of a memorial to the 173 civilians who died at Bethnal Green Tube station in World War Two becomes an MBE.

And six-months after attending the D-Day landing 75th anniversary commemorations in Normandy, veteran Harry Billinge, from Cornwall, is made an MBE for services to charity after raising more than £10,000 towards a national memorial for his fallen comrades. Wilf Oldham, 99, from Greater Manchester, a veteran of the Battle of Arnhem, has made an MBE for services to commemorations and UK-Dutch relations and is the oldest person on the list.

Det Sgt Ashley Jones of Avon and Somerset Police, who came up with the concept of “chat benches” where people can have conversations to combat loneliness becomes an MBE.

And MBE goes to Mete Coban, co-founder of the My Life My Say charity, for promoting youth engagement in democracy.

The same honour goes to a woman behind a nude calendar that raised £6m for charity and inspired a feature film and host of imitations. Angela Knowles, 74, from Linton North Yorkshire and 10 Women’s Institute friends first posed for the calendar in 1999.