Tony Blair sought EU funding for his ‘institute for global change’ as he campaigned against Brexit, it was reported today.

Emails obtained by a newspaper show the former prime minister discussed the possibility of striking a funding agreement between the European Commission and his Tony Blair Institute (TBI). 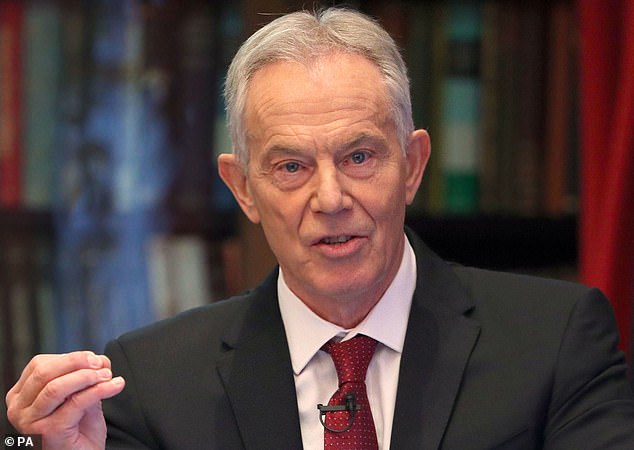 According to The Sunday Telegraph, the former Labour leader’s staff explained in emails that they wanted to ‘explore opportunities to receive financial support’.

Responding to the report, a institute spokesman said it was ‘perfectly entitled to seek EU funding for work relevant to EU funding streams’ and had not yet submitted a bid for any money.

He added: ‘The idea there is a connection with Mr Blair’s opposition to Brexit is absurd’, he added.

Mr Blair announced the launch of the Institute for Global Change in December 2016 with the aim of ‘mak[ing] globalisation work for the many, not the few’.

The organisation’s work is mainly focused on the peace process in the Middle East and effective governance in Africa.

Mr Blair does not receive a salary for his work with the non-profit institute but has his travel and accommodation expenses covered. 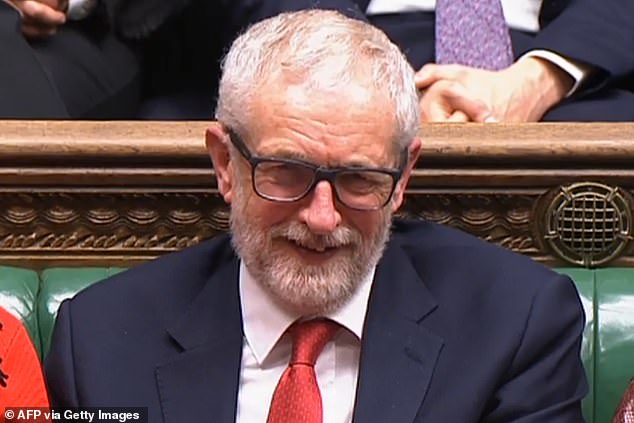 The politician has been vocal in opposing Brexit, and in September said he would ‘do anything’ to stop a No Deal.

He said the UK was ‘rightly proud’ of the fight against Hitler, but complained that it cast a ‘long shadow over the British psyche’.

He said Eurosceptics were constantly harking back to that ‘feat of glory’, while Remainers focused on the past 70 years of ‘peace and relative stability’.

The former PM, who won three elections, tore into his successor for turning the party into a ‘glorified protest movement’.

He said the astonishing rout at the hands of the Tories – the worst performance since 1935 – was a source of ‘shame’, warning that Labour faces total destruction if it does not evict the hard-Left. 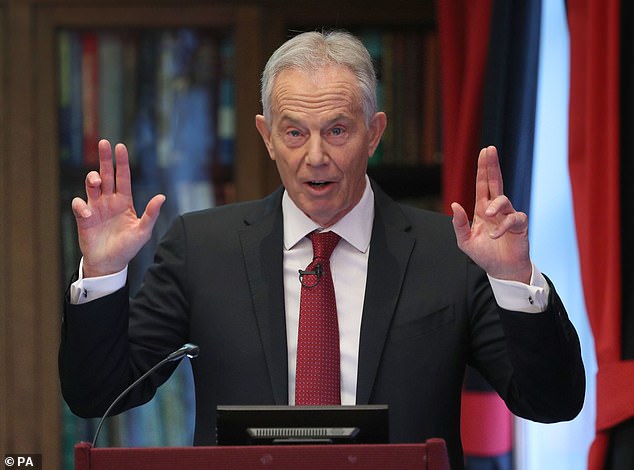 In a major speech, former prime minister Tony Blair tore into Jeremy Corbyn over the the election, in which Labour suffered its heaviest defeat since 1935

In a stark message to Remainers, Mr Blair drew a line under years of trying to reverse Brexit. ‘We have lost,’ he said.

The vicious attack came as Mr Corbyn and his extremist clique of advisers faced massive pressure to stand aside immediately in the wake of the battering from voters.

There are mounting fears among moderates that the leader and his allies are clinging on to try to control the contest for his replacement – and confirm the icy grip of the Left on the UK’s main opposition party.

Mr Blair put Mr Corbyn on notice that his planned ‘process of reflection’ before standing down as leader in the new year will cause ‘irreparable damage’ if it buries the real reasons for the December 12 humiliation. 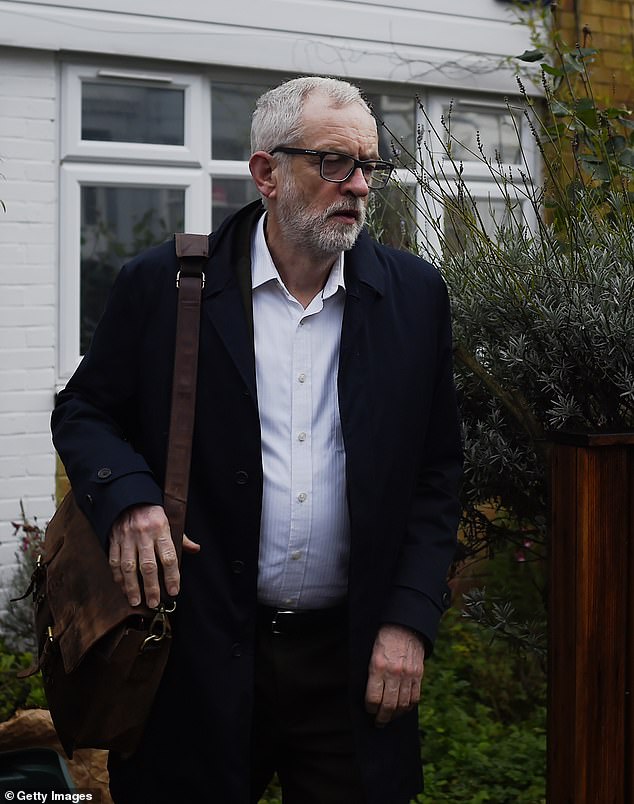 Moderates fear Mr Corbyn, pictured leaving his London home, is clinging on to cement the grip of the hard-Left on Labour

Mr Blair, who is the only Labour leader to have won a general election in the last 45 years, gave a speech this morning as he published a damning report on the party’s failure in the election.

It criticises the ‘sectarian ultra-left politics’ that have taken over the party, blaming Mr Corbyn for driving away traditional supporters and says: ‘Labour needs not just a different driver, but a different bus.’

Mr Blair told an audience in central London that the result ‘marks a moment in history’ and was ‘no ordinary defeat for Labour’ as the party undergoes a battle to replace Mr Corbyn and diagnose the causes of the disaster.

‘The takeover of the Labour Party by the far left turned it into a glorified protest movement with cult trimmings, utterly incapable of being a credible government,’ he said.

‘The result has brought shame on us.’