Three people have been arrested after a man’s body was found inside a wall of an old bank.

The victim was found dead by police inside the former bank building in Batley, West Yorkshire on Sunday.

Officers forced their way in to the premises before detectives launched a murder investigation.

The man’s identity has not been revealed while police probe how he died. 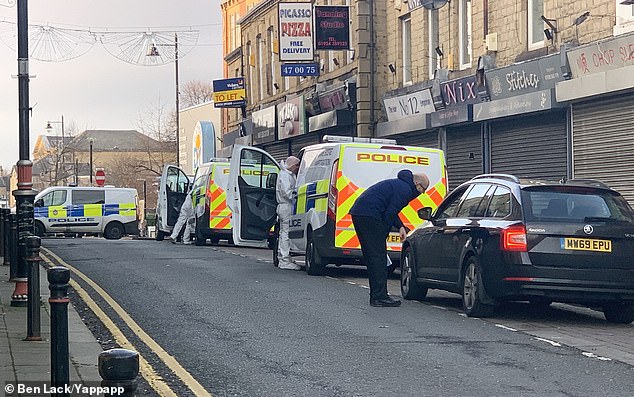 The victim was found dead by police inside the former bank building (pictured yesterday) in Batley, West Yorkshire on Sunday

Three people have been arrested on suspicion of conspiring to commit murder, with two released under investigation and a third on bail.

There is still a heavy police presence in the area with forensic investigators scouring the scene for clues.

A West Yorkshire Police spokesman said: ‘Police have launched a murder investigation after a body was found in Batley.

‘The body, which is believed to be that of a man, was found inside the former bank premises in Commercial Street on Sunday, after officers forced entry to the building.

‘Enquiries are continuing to confirm the identity of the deceased and the circumstances around the death.

‘A scene remains in place at the location. Three people have been arrested on suspicion of conspiracy to murder.

‘Two have been released under investigation while the third has been bailed.’ 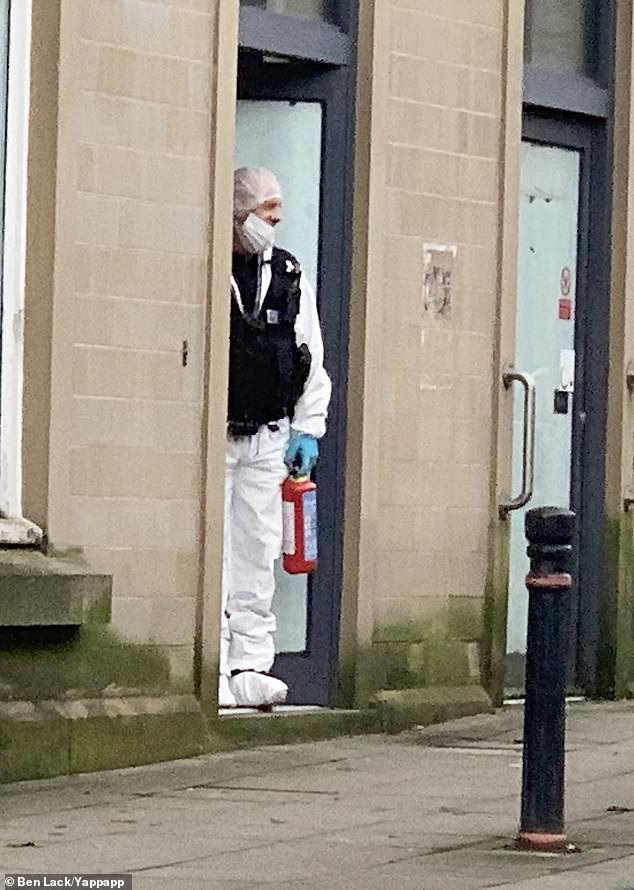 The former bank had been undergoing development to flats for about six months. Workmen were carrying in plasterboard to the old Yorkshire Bank in Batley in recent weeks.

Police used a cutting torch to slice through a heavy metal door on the Wellington Street side of the building on Sunday.

Drinkers in the Wellington pub, opposite, said that the bank had closed about three years ago and had stood empty since.

One local said: ‘The old bank was not been used by squatters or anything like that. It was very secure.

‘So, however the body has got there is suspicious. They can’t have died inside and been left on the floor because the developer would have spotted it earlier.

‘Workmen have been coming and going for months carrying plasterboard and what not.

‘The police had to cut their way in, assisted by armed officers, on a Sunday lunchtime between Christmas and New Year. It sounds like a tip off.’

The identity of the dead man has not been revealed, but the police cordon has now been lifted.