She met handyman Paul Saunders six weeks ago as he worked on her bathroom.

Matthews, 44, jailed for faking the kidnap of her nine-year-old daughter, has been showing off her engagement ring after Saunders popped the question at Christmas.

But former friends of her new fiance have reacted with fury after it emerged that he was jailed for five years in 2010 for having sex with a teenage girl. 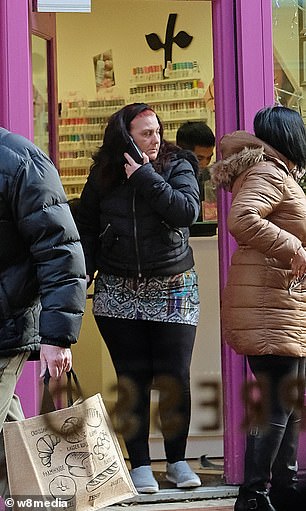 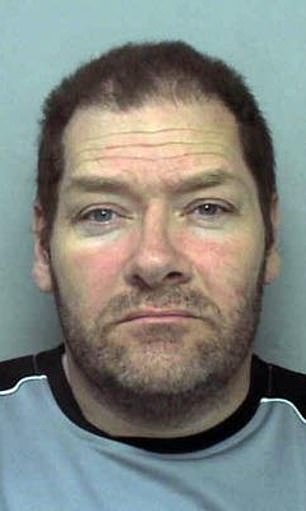 Karen Matthews (left) has got engaged to handyman Paul Saunders, 56, (right) who was jailed for five years in 2010 for engaging in sexual activity with a ‘vulnerable’ teenage girl 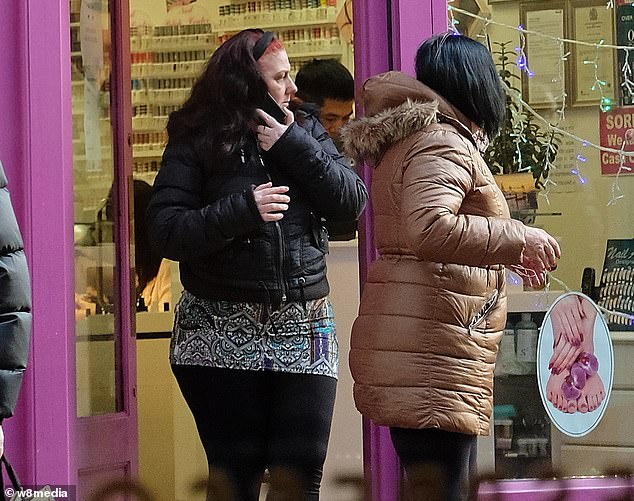 Matthews, seen on her mobile phone on Saturday, is ‘head over heels’ in love with Saunders and has been seen around her hometown in southern England wearing an engagement ring 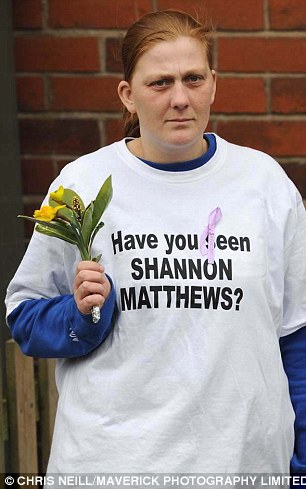 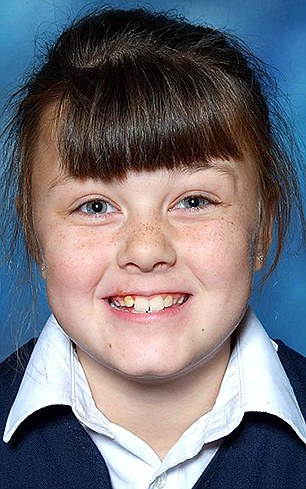 Matthews, 44, (left) is notorious for faking the kidnap of her nine-year-old daughter Shannon (right) in 2008 when she and a former boyfriend hid the youngster inside a bed for 24 days

The 56-year-old abused her over three years and his secret was only discovered when indecent images of the girl were found on his mobile phone.

Saunders targeted the ‘vulnerable’ girl and made indecent images of her, a court heard as he was placed on the sex offenders’ register for life.

His victim, who is now an adult, said after he was jailed: ‘He makes me sick. He should die. I hate him.’

Matthews, who sparked one of the country’s biggest-ever missing persons hunts when she hid her daughter under a bed for 24 days, is said to have confessed her criminal past to Saunders.

It is not known if Saunders has admitted his sordid past to her.

Matthews no longer has any contact with her daughter Shannon or her other children. 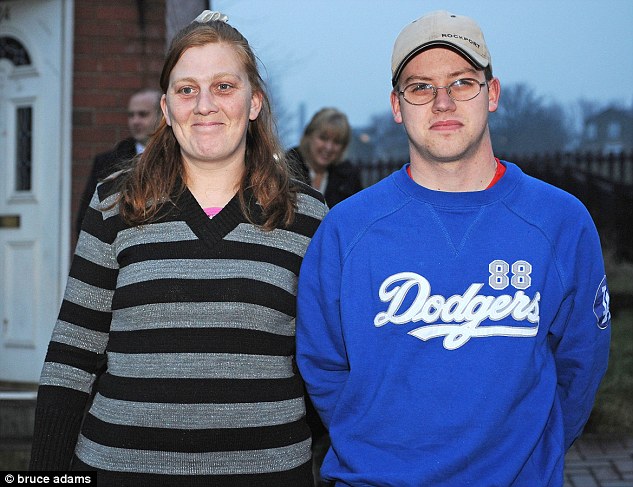 Matthews was pictured looking elated with her former partner Craig Meehan after Shannon was found alive. Meehan was not involved in the kidnapping plot 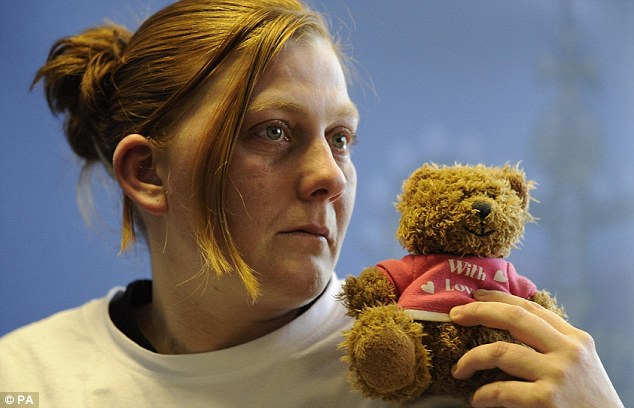 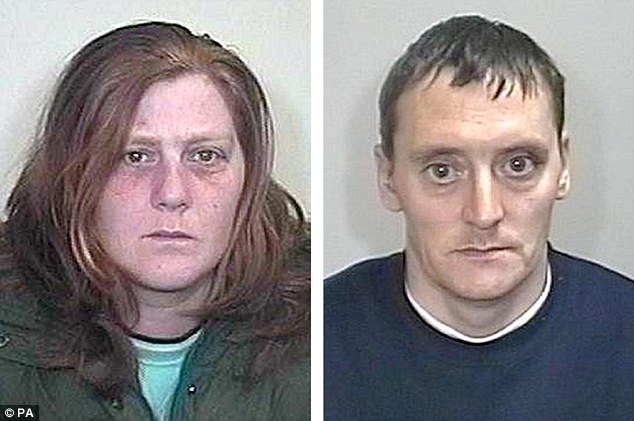 Matthews has been seen flashing her engagement ring around the town where she is living in the south of England.

She is said by friends to be ‘inseparable’ from her boyfriend with one saying they are acting ‘like teenagers in love.’

Saunders, who is from the Oxford area, is said to be unconcerned about his new girlfriend’s past which saw her labeled ‘Britain’s worst mother’. 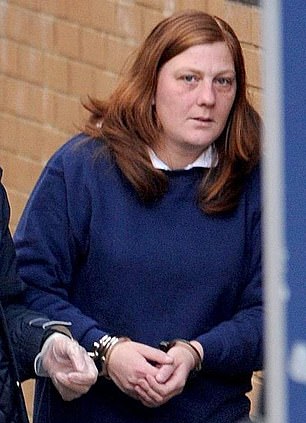 Matthews had engineered the kidnap of Shannon in Dewsbury, West Yorks.

She and her ex-boyfriend’s uncle Michael Donovan were jailed in 2008 for the plot to stage Sharon’s kidnapping and claim the £50,000 reward for ‘finding’ her.

Matthews made a series of tearful TV appeals for help in finding her daughter as West Yorkshire Police launched one of the force’s largest ever searches.

Shannon was eventually found by detectives in Donovan’s flat, around a mile from her home in Dewsbury, 24 days after she disappeared.

Prosecutors said the West Yorkshire schoolgirl was drugged and probably kept captive on a leash during her incarceration.

Police described Karen Matthews as ‘pure evil’ after she was found guilty of kidnap, false imprisonment and perverting the course of justice.

Her then-boyfriend, Craig Meehan, was not involved in the kidnapping plot.

However, he was separately convicted of possessing 49 indecent images of children on a home computer.

She and Donovan were both sentenced to eight years in prison in January 2009 and released in 2012 after serving half their sentences.

Shannon, then aged nine, was raised by a new family under a new identity and is now an adult.

As part of her release from prison Matthews was given a taxpayers funded flat but has been banned from any contact with Shannon or her other six children.

Saunders will have been released after serving half of his five year sentence.

He pleaded guilty to four counts of engaging in sexual activity with a child, making indecent images of a child and two counts of sexual assault.

The mother of his victim described how she went ‘barmy’ when she found the indecent images of her daughter on his phone.

She said: ‘I went barmy, to say the least, I’m sickened and disgusted.’

At the time of the offences Saunders worked as an ambulance driver for mentally ill and disabled teenagers.