An adviser to Iranian president Hassan Rouhani last night dropped a chilling hint of an Iranian attack on Donald Trump‘s property empire after the death of military commander Qassem Soleimani.

Hesameddin Ashena shared a link to a Forbes article listing nine of Trump’s properties in New York as well as hotels and golf courses elsewhere in America.

Among them were the Mar-a-Lago resort in Florida – where he ordered the hit on Soleimani – the Trump International Hotels in Washington and Las Vegas. His New York tower with its entrance on 5th Avenue was also listed.

The properties are no secret, and many of them are named after Trump, but the post by a senior Iranian adviser was a clear hint of a possible strike against Trump’s real estate empire.

Iran has already threatened the White House and the Rouhani adviser declared yesterday that Tehran’s ‘sole problem is Trump’ rather than the American people – dropping another hint of a direct reprisal against him. 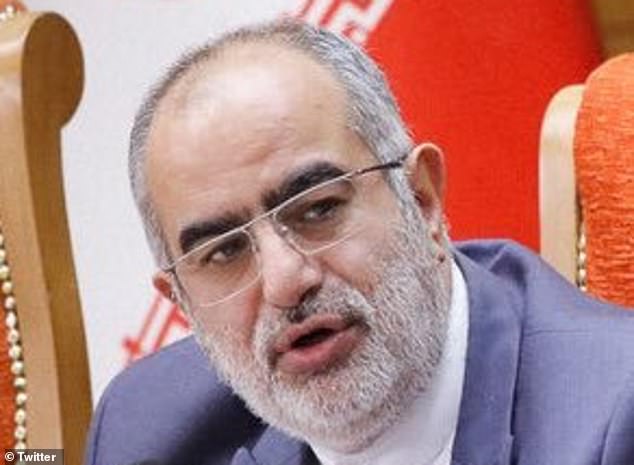 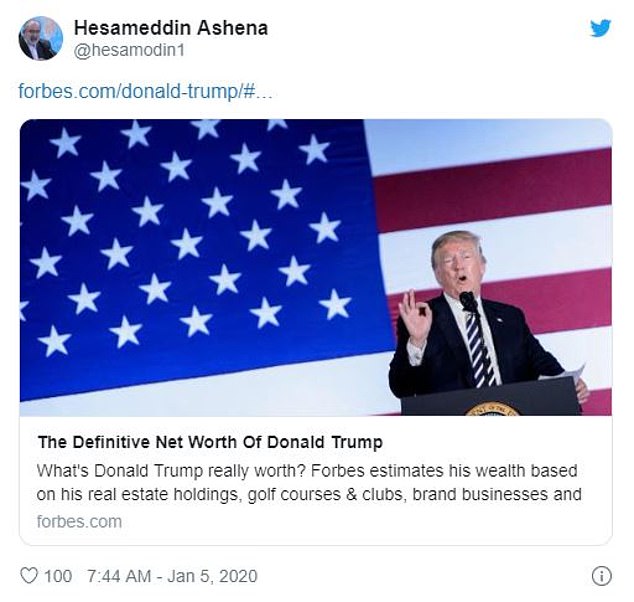 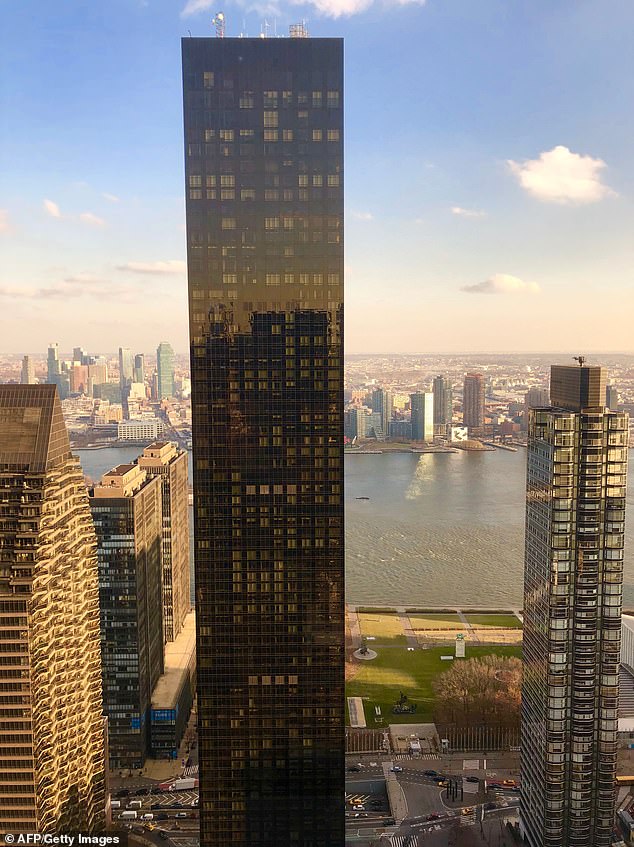 ‘We have ZERO problems with the American people. We even achieved deals with previous US administrations,’ he said.

‘Our sole problem is Trump. In the event of war, it is he who will bear full responsibility.’

The list of properties included Trump Tower as well as other New York City residences including Trump Parc East.

Elsewhere in America, the properties include hotels in Washington, Chicago and Las Vegas as well as a winery in Charlottesville, Virginia. 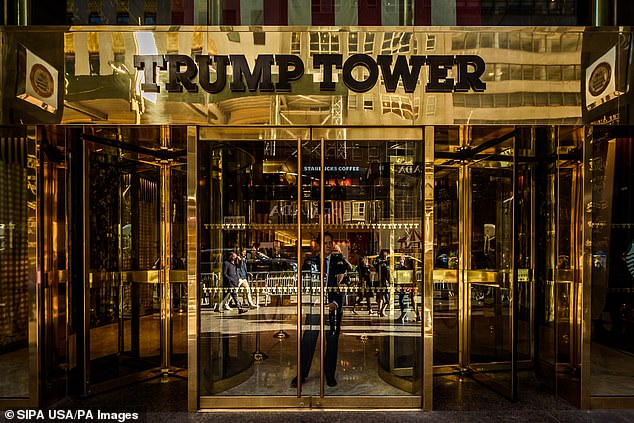 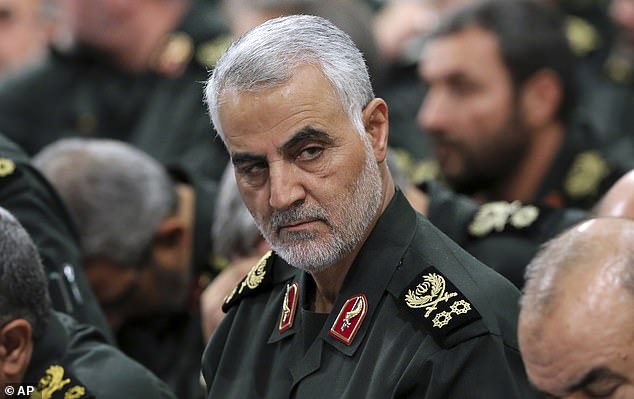 Soleimani (pictured) was killed in a US drone strike near Baghdad airport on Friday, shocking the Islamic republic and sending tensions spiralling in the Middle East

The Mar-a-Lago estate where Trump spent the Christmas holidays is also on the list, along with golf courses in America and in Britain and Ireland.

One Iranian MP has already threatened explicitly to target the White House in retaliation for Soleimani’s death.

‘We can attack the White House itself, we can respond to them on the American soil,’ Abolfazl Aboutorabi told a session of parliament.

One funeral organiser has called on every Iranian to donate money towards an $80million bounty on Trump’s head, according to Iranian television. 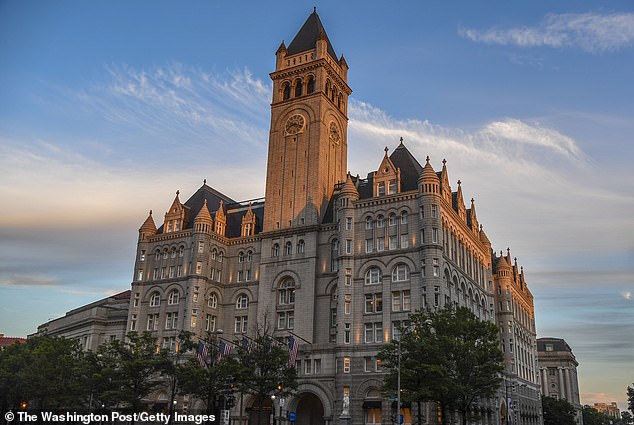 Pictured: A 2018 file photo of the Trump International Hotel in Washington 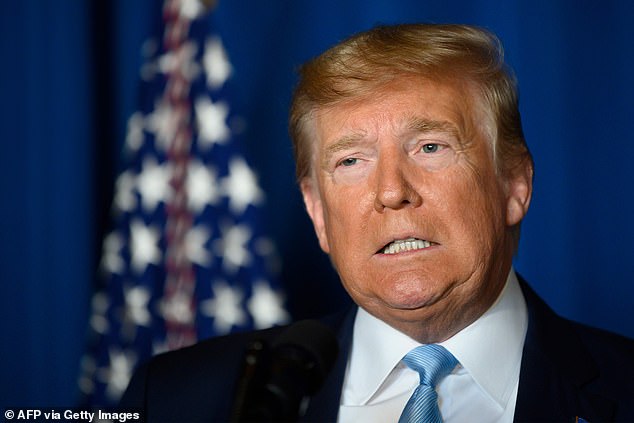 American forces are braced for retaliation and the US-led coalition against ISIS said in a statement yesterday that it was pausing its fight against the jihadists to shore up its own defences.

US bases in the region are shoring up their defences and there are also fears that Iran will harass shipping in the Strait of Hormuz, which is critical to the world’s oil supply.

Soleimani was killed in a US drone strike near Baghdad airport on Friday, shocking the Islamic republic and sending tensions spiralling in the Middle East.

Esmail Qaani, who has succeeded Soleimani as commander of the Revolutionary Quards’ powerful Quds Force, swore revenge in an interview with state TV which was aired today. 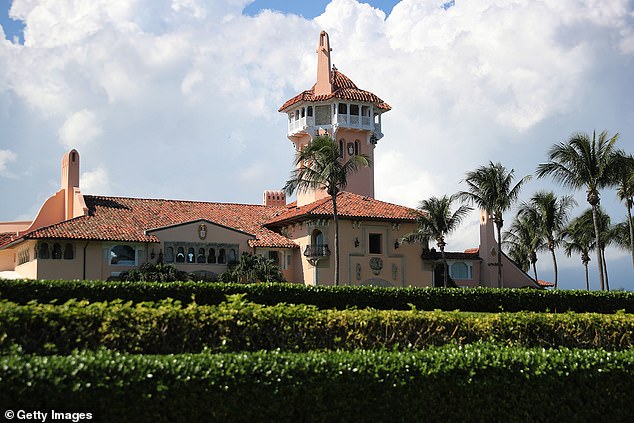 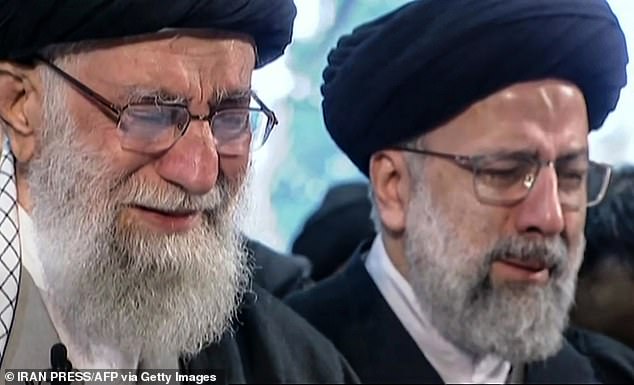 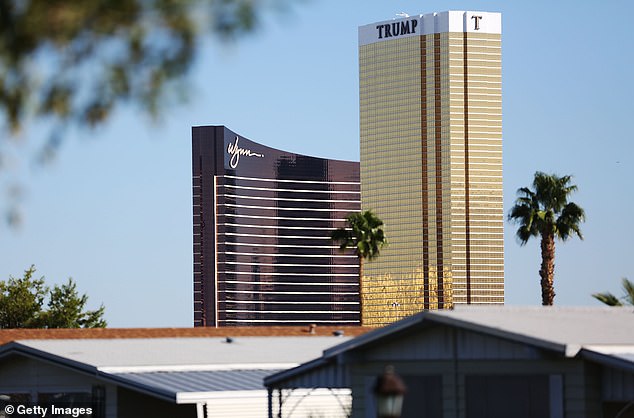 Pictured: A 2015 file photo of the Trump hotel and tower in Las Vegas

‘God the almighty has promised to get his revenge, and God is the main avenger. Certainly actions will be taken,’ he said.

‘We promise to continue down martyr Soleimani’s path as firmly as before with help of God, and in return for his martyrdom we aim to get rid of America from the region.’

Today the tearful Ayatollah prayed over Soleimani’s remains as hundreds of thousands of mourners gathered in Tehran for the second day his funeral.

Speaking to the wailing crowds which stretched as far as the eye could see, Soleimani’s daughter Zeinap directly threatened an attack on U.S. forces in the region. 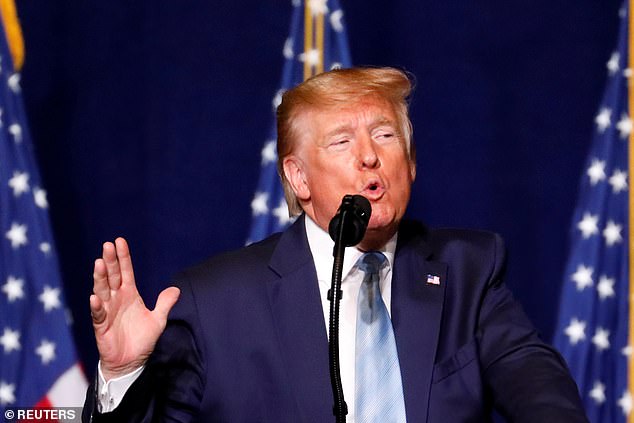 US President Donald Trump makes a speech to evangelical supporters in Miami, Florida on Friday 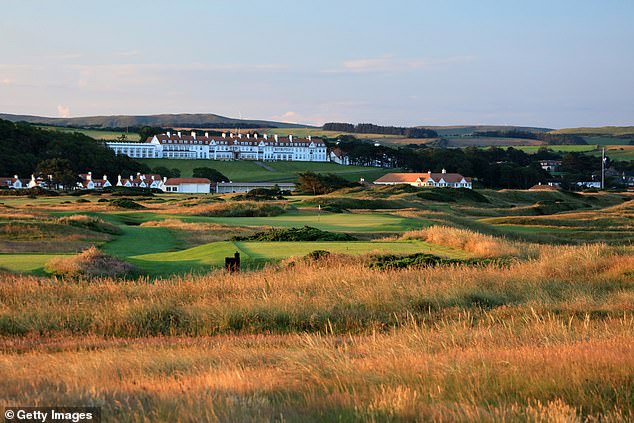 Pictured: Par 3, 15th hole on the Ailsa Course at the Trump Turnberry Resort on July 15, 2019 in Turnberry, Scotland

‘The families of U.S. soldiers in the Middle East will spend their days waiting for death of their children,’ she said to cheers.

Warning of a ‘dark day’ looming for the United States, she said: ‘Crazy Trump, don’t think that everything is over with my father’s martyrdom.’

Trump has threatened a ‘disproportionate response’ targeting cultural sites if Iran retaliates against US targets.

The president said America had lined up attacks on 52 targets ‘important to Iran and the Iranian culture’, representing the number of Americans held hostage at the US embassy in Tehran after a raid in 1979.

Adding to the tensions, Trump has warned of sanctions against Iraq if it goes through with expelling US troops from the country – a move which could spark an ISIS resurgence there.