Son, 27, who viciously bullied his parents is jailed for three years under law designed to protect women from controlling partners

By Katie Weston For Mailonline 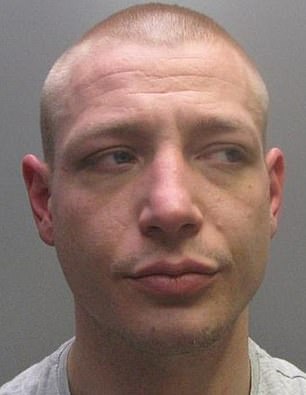 Nicholas Hazell, 27, was jailed for three years after bullying his mother and step-father

A son who viciously bullied his mother and step-father has been jailed for three years in a rare use of the law preventing controlling and coercive behaviour.

Nicholas Hazell, 27, of County Durham, brought a ‘horrendous’ atmosphere to the family home after moving in when he lost his job.

Hazell pestered his mother for money and flew into a petulant rage if he didn’t get his own way, Durham Crown Court heard.

It is an unusual use of the law designed to prevent controlling and coercive behaviour, which was legislated in October 2018 and is most often used to protect women from controlling partners.

The court heard that for a short time he was thrown out of the home, sleeping in his mother’s car, but was allowed back after bombarding her with threatening messages.

In his worst outbursts Hazell threw his mother into a chair and repeatedly spat at her while he held a screw driver to the throat of his step-father, said prosecutor Nick Adlington.

He also whipped his step-father about the head, put him in a headlock and poured a bottle of beer over him, telling him: ‘I am a master of bullying.’ 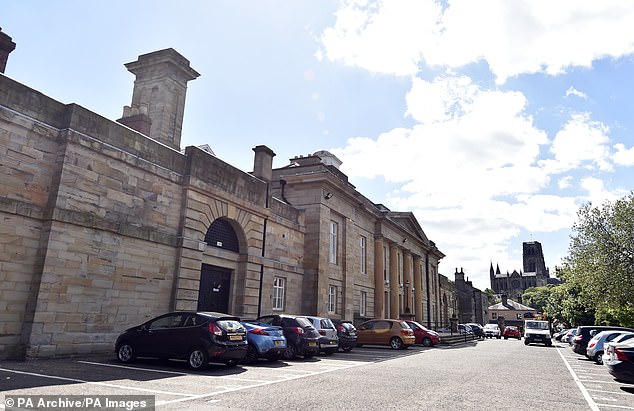 Durham Crown Court (pictured) heard  that for a short time Hazell was thrown out of the home, but was allowed back after bombarding his mother with threatening messages

In other tantrums he caused damage to furnishings and fittings around the house.

What is controlling or coercive behaviour and what does the law say?

Coercive control became a criminal offence in England and Wales in December 2015 after the Serious Crime Act came into force.

The legislation makes ‘controlling or coercive behaviour’ in the context or close or familial relationships illegal.

Georgina Challen, known as Sally, was jailed for life in 2011 for the murder of her abusive husband Richard. But, as she was a victim of coercive control, her case was overturned in 2019.

It carries a maximum sentence of five years in prison or a fine.

For someone to be found guilty, they have to have been ‘personally connected’ to the victim at the time.

They have to be in an ‘intimate’ or ‘familial’ relationship, although they don’t have to live together.

The behaviour has to have proven to have a ‘serious effect’ on the victim and cannot be confined to a single incident.

Prosecutors must also prove that the perpetrator ‘ought to have known’ that the behaviour would have a serious negative impact on the victim.

Hazel, of Bishop Auckland also demanded £6,000 from his mother to secure the tenancy of a pub, an amount she couldn’t afford to lend him.

He exploded with anger at the refusal and was reported to police, but tried to flee in a 15-minute car chase in which he reached 100mph.

While on remand in Durham Prison phone calls were recorded in which he asked his sister to try to persuade their mother, who did not assist in the prosecution, to drop her complaints against him.

Despite early denials Hazell admitted controlling or coercive behaviour in a family relationship, dangerous driving and perverting the course of justice.

Stephen Constantine, mitigating, said Hazell had a history from a young age of suffering from attention deficit hyperactivity disorder, which he said may account for his mood swings and erratic behaviour.

But Judge Jonathan Carroll told Hazell: ‘You are still acting more consistently like a petulant, stroppy teenager than a responsible adult.

‘You said yourself you were ‘a master of bullying’ and that seems to be eminently true.’

He imposed a 39-month prison sentence and a 12-month driving ban on his release from prison.

A restraining order was also imposed, indefinitely prohibiting contact with his step-father.