Iran will take ‘harsher revenge soon’ after launching missile attacks on US bases following the death of Qassem Soleimani, a revolutionary guards commander has warned.

Supreme leader Ayatollah Ali Khamenei has also hinted at more to come and Iran’s ambassador to the UN today dismissed Trump’s calls for co-operation, in a sign that the Middle East crisis is not yet over.

Iran launched 22 ballistic missiles at bases in Iraq early on Wednesday, but no US troops were harmed. 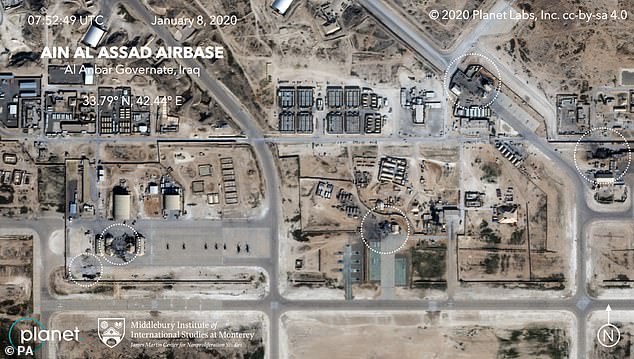 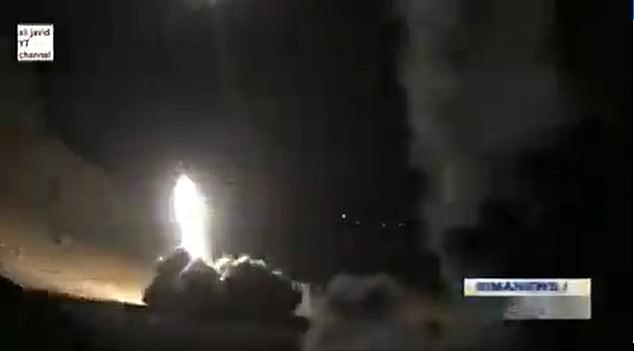 Khamenei yesterday called the missile strikes a ‘slap in the face’ against the United States in a televised address.

‘The question of revenge is another issue,’ said Khamenei, who had previously called for ‘severe revenge’ over Soleimani’s death in a drone strike last Friday.

Yesterday Trump defended his targeting of Soleimani and said the general ‘should have been terminated a long time ago’.

‘Our great American forces are prepared for anything. Iran appears to be standing down, which is a good thing for all parties concerned and a very good thing for the world,’ he said.

Trump said the United States ‘will immediately impose additional punishing economic sanctions on the Iranian regime’ in response to what he called ‘Iranian aggression.’

The president also proposed a new deal with Iran, saying: ‘We must all work together toward making a deal with Iran that makes the world a safer and more peaceful place.’

More than a dozen ballistic missiles hit the Al Asad air base in western Iraq and the Erbil base in Iraqi Kurdistan during Wednesday’s strikes.

Iran warned Iraq about the raids shortly before they happened, the Iraqi prime minister said yesterday.

Adel Abdul Mahdi said Iran’s tip-off was passed on to the bases where troops were able to take shelter in their bunkers.

Mahdi said Iran did not give specific locations to him but said they would only target locations where U.S. forces were present.

As the missiles were raining down, Mahdi said he received a call from Washington to say they already knew of the assault.

At least 11 of them hit al-Asad, while at least one other missile hit a facility in Erbil, Iraq. The others failed in flight. Esper said targets hit included tents, a helicopter and a parking lot and there was no major damage.

Army General Mark Milley said the missiles had 1,000 to 2,000-pound warheads on them, each with significant explosive power and ‘kill radius.’

‘I believe, based on what I saw and what I know, is that (the strikes) were intended to cause structural damage, destroy vehicles and equipment and aircraft and to kill personnel. That’s my own personal assessment,’ Milley told reporters.

‘But the analytics is in the hands of professional intelligence analysts. So they’re looking at that.’

Esper and Milley said they were unaware of any heads-up from Iraq about the coming attack, after Baghdad said it was notified by Tehran of the strike.

Soleimani, who was seen as a hero in Iran but regarded as a terrorist leader by the US, was killed him in a drone strike near Baghdad airport last Friday.

His death already has pushed Tehran to abandon the remaining limits of its 2015 nuclear deal, and a series of top Iranian officials have sworn revenge on Washington.

Iranian state TV said the country would no longer respect any of the limits in the deal, which Trump has abandoned but European powers want to preserve.

Under the deal, Tehran had pledged to reduce its nuclear capacities for several years, including by capping its enrichment of uranium at 3.67 percent, far below the more than 90 percent required for a nuclear weapon.

Iran has already overstepped some of the limits since Trump pulled out of the deal in May 2018.