Donald Trump hails Boris Johnson’s backing for a ‘Trump deal’ to replace the Iran nuclear pact – despite Britain, Germany and France saying they still hope to save the old agreement

Donald Trump today hailed Boris Johnson‘s backing for a ‘Trump deal’ to replace the Iran nuclear pact – despite the UK, Germany and France saying they still hope to save the old agreement.

The US president cited the PM’s idea approvingly amid frantic efforts to find a way to cool tensions with Tehran.

The European powers stepped up pressure on Iran yesterday by formally accusing Iran of breaching the terms of the agreement.

Despite stressing they still wanted to maintain the pact, they said Iran was ‘not meeting its commitments’ and triggered the dispute resolution mechanism. 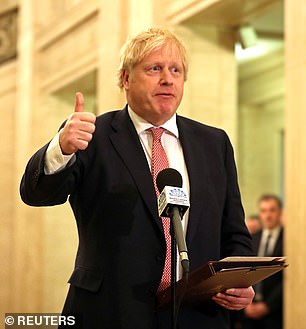 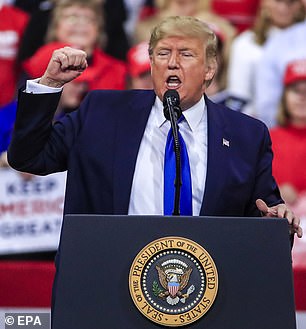 In an interview, Mr Johnson said a new ‘Trump deal’ could be a way out of the current crisis.

Under Mr Trump, the US pulled out of the Joint Comprehensive Plan of Action (JCPOA), which eased sanctions in return for Iran agreeing to restrictions on its activity in an effort to ensure Tehran did not acquire a nuclear weapon.

Mr Johnson told BBC Breakfast: ‘If we are going to get rid of it then we need a replacement.

‘From their point of view it has many, many faults.

‘I think that would be a great way forward.

‘President Trump is a great deal-maker – by his own account and many others.

‘Let’s work together to replace the JCPOA and get the Trump deal instead.’

Mr Trump replied on Twitter this morning:  ‘Prime Minister of the United Kingdom, @BorisJohnson, stated, ‘We should replace the Iran deal with the Trump deal.’ I agree!’

In a televised speech, Mr Rouhani insisted Washington should return to the 2015 pact. 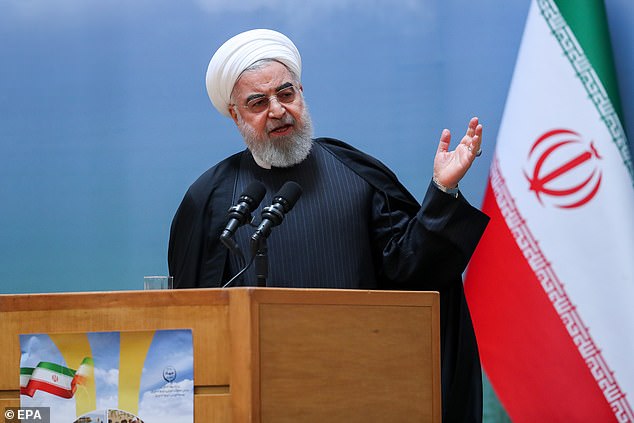 However, they insisted they were not joining Mr Trump’s policy of ‘maximum pressure’ on Tehran.

The statement from the E3 said they had ‘no choice’ but to act, given Iran’s actions which include ignoring restrictions on enrichment of uranium.

The E3 said: ‘We do this in good faith with the overarching objective of preserving the JCPOA and in the sincere hope of finding a way forward to resolve the impasse through constructive diplomatic dialogue, while preserving the agreement and remaining within its framework.

‘In doing so, our three countries are not joining a campaign to implement maximum pressure against Iran.

‘Our hope is to bring Iran back into full compliance with its commitments under the JCPOA.’