Thomas Markle released a letter from his daughter Meghan to the world to show it was not the ‘loving’ plea her friends had been making out, court documents said yesterday.

He kept her handwritten note private for months, and only revealed it to expose ‘false’ claims that the duchess had been trying to repair their relationship.

The letter – from August 2018 in the wake of her wedding to Prince Harry – was an ‘attack’ on Mr Markle and signalled the ‘end of the relationship’ between father and daughter, the court papers said.

According to defence papers filed at the High Court yesterday on behalf of The Mail on Sunday, the Duchess of Sussex‘s estranged father only decided to release extracts of the letter to the Press after she had allowed her friends to talk about it first. 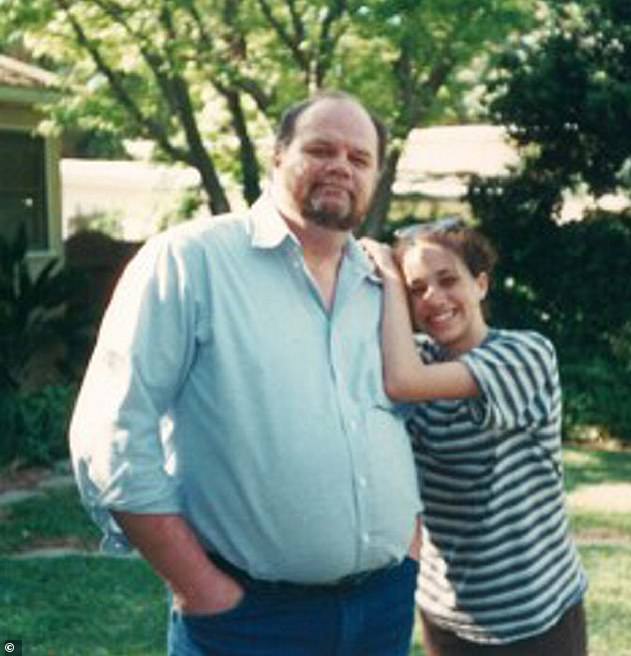 Thomas Markle kept her handwritten note private for months, and only revealed it to expose ‘false’ claims that the duchess had been trying to repair their relationship (pictured: a young Meghan with her father) 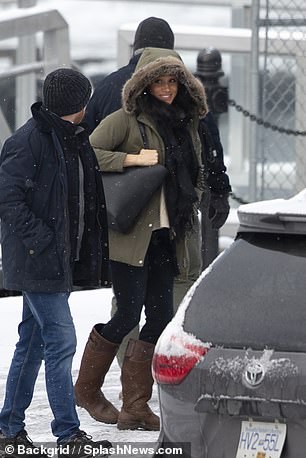 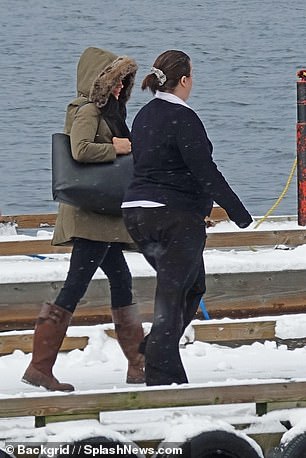 The newspaper’s documents stated that Meghan ‘knowingly’ allowed her friends to leak details of the letter to the media. She ’caused or permitted’ five close friends to speak anonymously to the US magazine People to attack Thomas Markle, the court papers said.

The result was a bombshell interview published on February 6, 2019, in the celebrity weekly headlined: ‘Her best friends break their silence’ and ‘The truth about Meghan’.

It quoted the Duchess of Sussex’s friends saying she had written an impassioned plea to her estranged father to stop ‘victimising’ her in the media. They said she had been so upset by his repeated public attacks on her and Prince Harry that she had sent the letter begging him to sort out their differences privately.

The People interview said Meghan had written to Mr Markle: ‘Dad, I’m so heartbroken, I love you, I have one father. Please stop victimising me through the media so we can repair our relationship’. 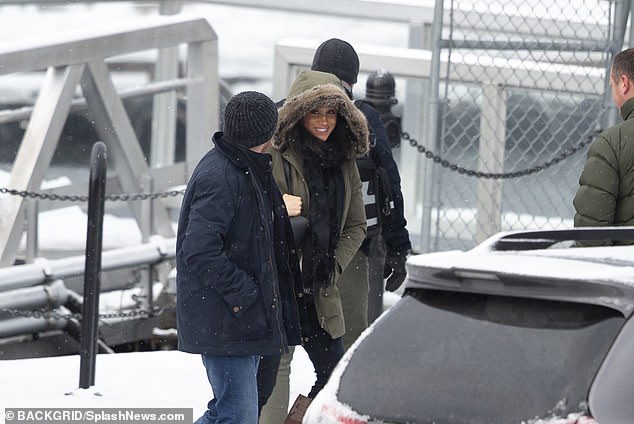 But this article gave a ‘one-sided’ and ‘false’ account of the situation and of her letter, yesterday’s defence papers said.

Far from being ‘a loving letter aimed at repairing their relationship… her letter was an attack on Mr Markle. Amongst other things, she accused him of breaking her heart, manufacturing pain, being paranoid, being ridiculed, fabricating stories, of attacking Prince Harry and continually lying’. 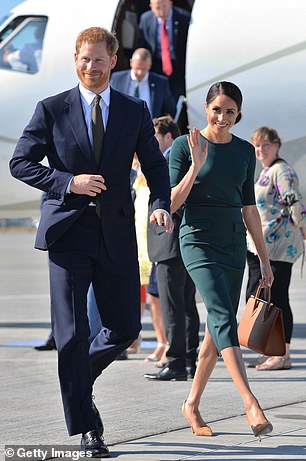 Harry and Meghan arrive at Dublin airport on their official two day royal visit to Ireland on July 10, 2018

Among the false claims, it was wrongly said that Mr Markle had refused to get in the airport car to attend the royal wedding, according to the court papers.

The People interview also said that Mr Markle had ‘never called… never texted’, and that he had falsely claimed that he could not reach his daughter. This was, according to the Mail on Sunday’s defence, untrue.

Following the wedding, Mr Markle had tried to contact Meghan by phone and text, but had received no response until the letter, it was said.

‘Except for the receipt of the letter, Mr Markle had not heard from his daughter since he wrote to tell her he was too ill to attend her wedding, nor has he ever been introduced to or met Prince Harry or their son, his grandson,’ the defence document said.

Mr Markle was therefore entitled to set the record straight by allowing the British newspaper to publish extracts of the letter four days later, said the defence document, which added that he released it ‘in direct response to the publication of the People interview’. It said: ‘Thomas Markle had a weighty right to tell his version of what had happened between himself and his daughter including the contents of the letter. She did not suggest that they try to repair their relationship.

‘On the contrary, the final words of the letter, ‘I ask for nothing other than peace, and I wish the same for you’ suggested that their relationship was at an end, and Mr Markle understood those words to signal the end of the relationship.’

The court filing insisted the Duchess of Sussex had never denied that she gave her consent to People magazine’s five sources, described by the weekly – which has 40million readers in the US alone – as an ‘intensely loyal circle of close friends’. The defence document said that Meghan ‘knowingly caused or permitted information’ about her relationship with her father and a description of the letter’s contents to enter the public domain.

The meaning and effect of the ‘one-sided and/or misleading’ account in the People ‘was to suggest Mr Markle had made false claims about his dealings with his daughter’. 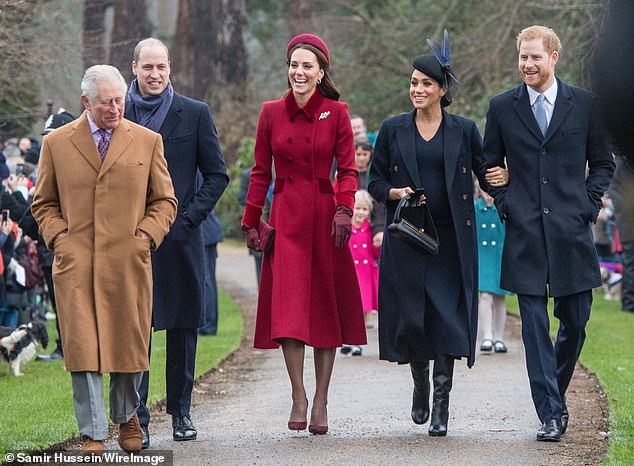 The Mail on Sunday’s defence also said: ‘The People interview stated that Mr Markle had responded to the letter with a letter of his own in which he asked for a ‘photo op’ with [Meghan], with the implicit suggestion that he was seeking to make money from a photograph of him with [her]. This was false.

‘Mr Markle had in fact written, ‘I wish we could get together and take a photo for the whole world to see. If you and Harry don’t like me? Fake it for one photo and maybe some of the Press will finally shut up!’. None of Mr Markle’s account of events or feelings about those events was mentioned in the People interview.’

The defence lawyers said it was apparent from Meghan’s neat handwriting and immaculate presentation of the letter that she anticipated it being read by others or possibly disclosed to the media.