Jeremy Corbyn is nominating John Bercow for a peerage despite Boris Johnson snubbing the controversial former Speaker, it was claimed today.

Labour is believed to have stepped in after the PM ripped up the convention that MPs go to the House of Lords after stepping down from the chair.

The move is remarkable as Mr Bercow was a Tory before being installed to preside over Commons debates in 2009.

Government sources previously swiped that they would not be ‘rushing’ to give Mr Bercow a peerage after he ‘gave up any pretence of impartiality’ over Brexit. 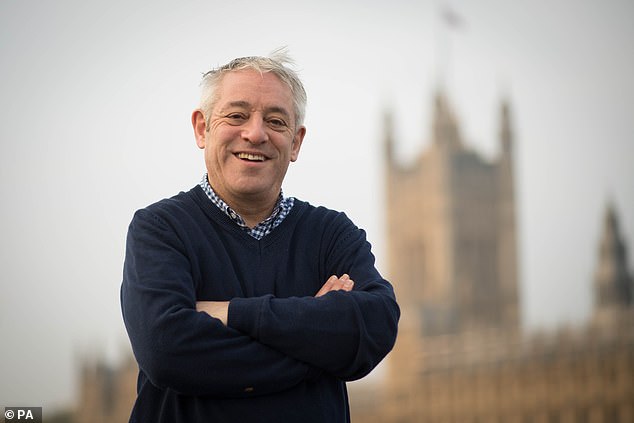 Jeremy Corbyn is nominating John Bercow for a peerage despite Boris Johnson snubbing the controversial former Speaker, it was claimed today

The former Speaker was accused of repeatedly twisting parliamentary procedure to help Remainers thwart the government.

Mr Bercow was also embroiled in rows over bullying allegations – which he flatly denied – and his lavish expenses.

But according to the Sujnday Times, Mr Corbyn – who praised Mr Bercow’s handling of Brexit – has now nominated Mr Bercow for a peerage.

He is also said to have put forward former Labour deputy leader Tom Watson, with whom he had an often tense working relationship.

And Mr Corbyn’s former key aide and chief of staff Karie Murphy could also get a coveted seat in the Upper Chamber.

Labour sources refused to comment on any of the claims.

The trio reportedly appear on an eight-strong list of dissolution honours nominations put forward by the Labour chief, who will quit his post in April after leading the party to two successive general election defeats.

Vetting is expected to begin on the nominations soon.

A nomination for Ms Murphy would be controversial given her crucial role in the disastrous election campaign, and the Equality and Human Rights Commission (EHRC) inquiry into the Labour Party’s handling of anti-Semitism allegations against activists.

The Jewish Labour Movement tweeted a statement saying Ms Murphy’s nomination was ‘deeply inappropriate and must be rescinded immediately’.

‘Jeremy Corbyn is using his final weeks in office to reward failure,’ the group added. 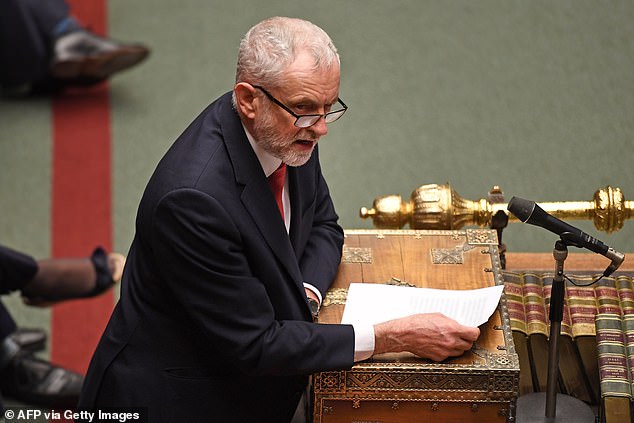