Jeremy Bamber has claimed from his prison cell that new evidence gives him the ‘ultimate alibi’ he did not murder his family at White House Farm 35 years ago.

Bamber, 59, is serving a whole-life prison sentence for the 1985 murders of his sister Sheila Caffell, 26, her twin boys Nicholas and Daniel, both six, and his parents Nevill and June, both 61.

The story of the chilling murders is currently being re-told with a new ITV drama called White House Farm, starring Freddie Fox and Bamber and Cressida Bonas as his sister.

But he has now claimed he was speaking to police officers outside his parents farmhouse in Essex while the murders were taking place, reports The Mirror.

He told his lawyers from his Wakefield prison cell: ‘It is the ultimate alibi that I was in the company of dozens of police officers when it was clear that a person or persons were alive in the house who I am convicted of murdering.’

Bamber, who was given a whole-life tariff with no possibility of release, has always claimed his sister, a vulnerable former model nicknamed ‘Bambi’, killed their family and then herself in a murder-suicide. 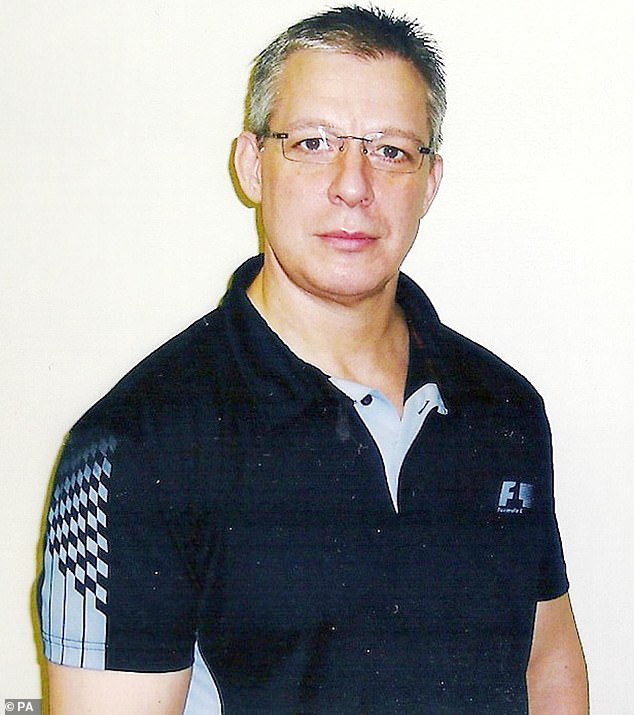 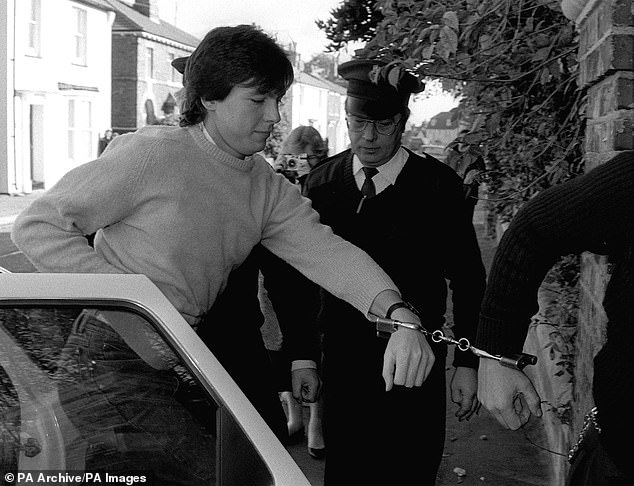 He is the only one of around 70 UK prisoners serving a whole-life sentence who maintains his innocence.

She had been diagnosed with schizophrenia, but Carol Ann Lee who has written to Bamber several times for her book Murders at White House Farm, claims her medication would have made her ‘uncoordinated’ and unable to work a gun.

Ms Lee says a gruesome crime scene photograph proves the murders were carried out by someone who had comprehensive knowledge of firearms.

Bamber’s lawyers submitted a fresh application to the Criminal Cases Review Commission in 2019 asking them to disclose previously unseen evidence.

It relates to the 999 phone call he made to police on the night of the incident.

They claim the new evidence is ‘strong’. 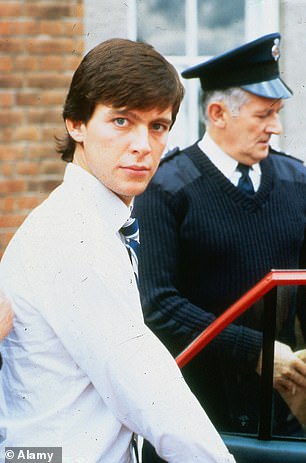 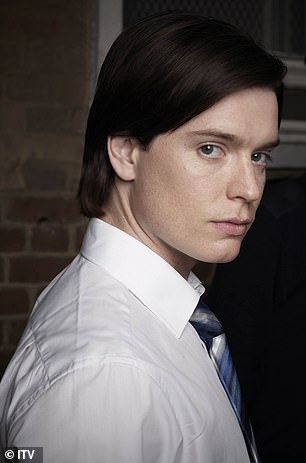 Bamber, 59, (pictured in 1986 left and Freddie Fox playing him in the ITV drama right) is serving a whole-life prison sentence for the 1985 murders of his sister Sheila Caffell, 26, her twin boys Nicholas and Daniel, both six, and his parents Nevill and June, both 61 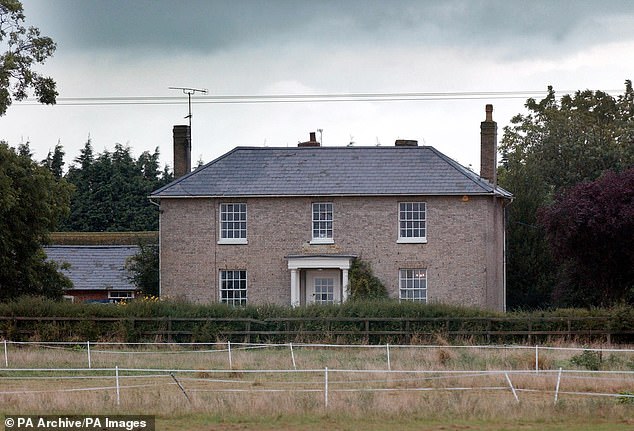 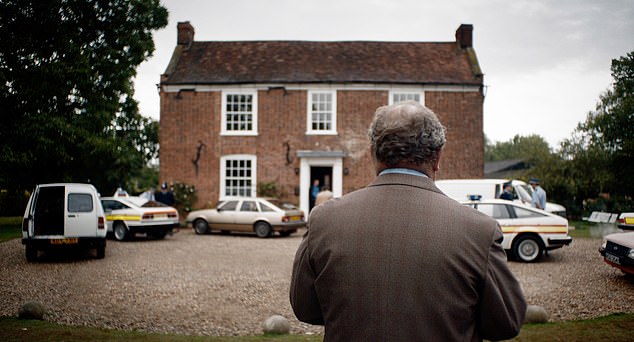 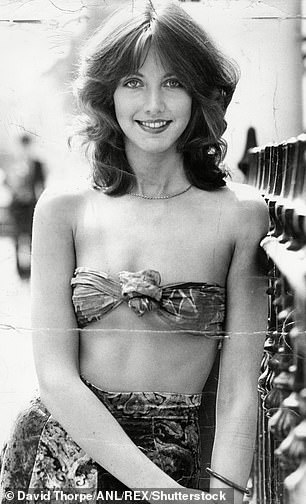 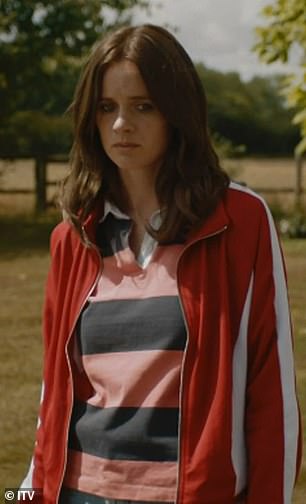 Bamber, who was given a whole-life tariff with no possibility of release, has always claimed his sister Sheila (pictured left, with Cressida Bonas playing her in the ITV drama right) killed their family and then herself in a murder-suicide

But Essex Police say everyone in the farmhouse at Tolleshunt, D’Arcy was dead at 3.30am, way before the police call was made.

Bamber has slated Fox’s portrayal of him in the new ITV drama, saying it was ‘nothing like him’.

He said: ‘I am concerned ITV are now cashing in on the tragedy,’ but ITV insisted it carried out ‘meticulous research’.

It comes after Sheila’s widower Colin Caffell told of how he welcomed Bamber into his home.

He told ITV’s This Morning: ‘I welcomed Jeremy into my flat and gave him all the brotherly love as a victim. But he was behaving normally – running up the stairs with wet hair copying a famous photo in the mirror. 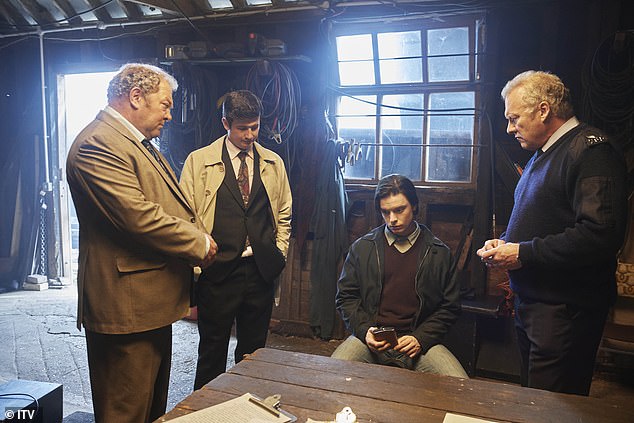 ‘Once the funeral happened he was in the car and started larking around with Julie Mugford [his then girlfriend] about what he wanted to with her later in the afternoon – then the next thing I knew he’d be arrested for the first time.’

The mass murder sent shockwaves through the country, not least because Bamber tried to frame his dead sister Sheila for the crime.

So chillingly effective were the lies Bamber told that not only did he convince the police but even fooled Colin into believing his former wife had killed their twin sons in cold blood before beating and shooting her adoptive parents and taking her own life.

When the truth finally emerged, Bamber was jailed for life.