By John Stevens Deputy Political Editor For The Daily Mail

The Prime Minister will vow to ‘mobilise the full breadth of our new freedoms’ on Brexit night – as his Bill paving the way for Britain to leave the EU was finally passed by Parliament yesterday.

A leaked Downing Street memo, setting out how the Government will mark January 31, reveals Boris Johnson will use the occasion to call for national healing and unity.

But he will also make clear that after the UK’s exit it will ‘maximise all the freedoms the British people voted to grasp’, including on trade, immigration and fishing. 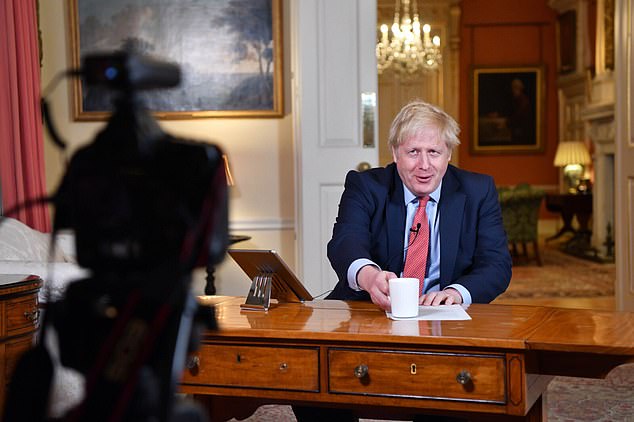 The script, obtained by the Daily Mail, has been prepared as a basis for remarks to be given by Mr Johnson and ministers on the historic day.

The PM will hold a Cabinet meeting in the North, before returning to No 10 to make a televised address to the nation in the evening.

Britain will leave the EU at 11pm after Mr Johnson’s Brexit bill cleared its final Parliamentary hurdle yesterday when it was approved by the House of Lords.

Now all it awaits is Royal Assent and approval by the European Parliament next week. 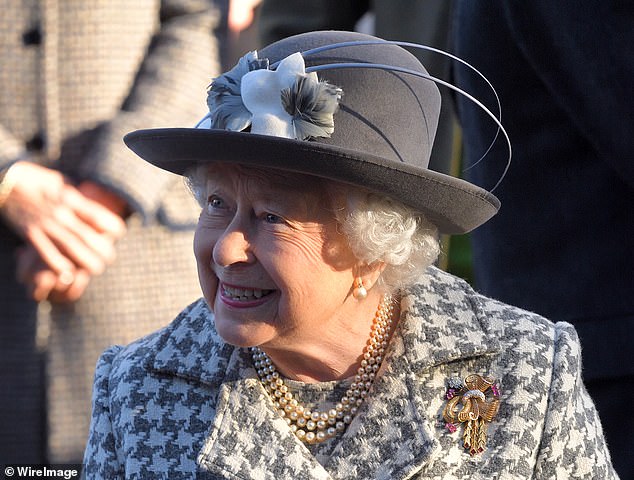 Queen Elizabeth II attends church at St Mary the Virgin church, Hillington in Sandringham on January 19, 2020 in King’s Lynn, England. The Brexit bill has passed through Parliament and is now being sent for Royal Assent to allow Britain to leave the EU on the 31 January

According to the leaked ‘narrative’ plan for Brexit day, which has been circulated to ministers, the PM and his Government will herald ‘the start of a new chapter in the history of our country, in which we come together and move forward united, unleashing the enormous potential of the British people’.

It reveals how ministers will tell the country to come together after three years of division, adding: ‘We will mobilise the full breadth of our new freedoms – from encouraging technology and innovation, to signing new free trade deals around the world.

As we maximise all the freedoms the British people voted to grasp, we must also work to heal divisions … and reunite our communities.’