US President Donald Trump’s position on climate change has been in the spotlight again, after he criticised “prophets of doom” at the World Economic Forum in Davos.

At the event, which had sustainability as its main theme, and activist Greta Thunberg as its star guest, Mr Trump dismissed “alarmists” who wanted to “control every aspect of our lives” – while also expressing the US’s support for an initiative to plant one trillion trees.

If you judge the president based on his words alone, his views on climate change appear contradictory – and confusing.

He has called climate change “mythical”, “nonexistent”, or “an expensive hoax” – but also subsequently described it as a “serious subject” that is “very important to me”.

Still – if you sift through his multitude of tweets and statements, a number of themes emerge.

In 2009, Mr Trump actually signed a full-page advert in the New York Times, along with dozens of other business leaders, expressing support for legislation combating climate change.

“If we fail to act now, it is scientifically irrefutable that there will be catastrophic and irreversible consequences for humanity and our planet,” the statement said.

But in the years that followed, he took an opposite approach on Twitter, with more than 120 posts questioning or making light of climate change.

In 2012, he famously said climate change was “created by and for the Chinese in order to make US manufacturing non-competitive” – something he later claimed was a joke.

And he also has dozens of tweets suggesting that cold weather disproves climate change – despite the World Meteorological Organization saying that the 20 warmest years on record have been in the past 22 years.

(If you can’t see this chart tap or click here)

He has tweeted less about climate change in recent years – and, since being elected president, he has adopted an ambiguous, inconsistent stance in interviews and speeches.

But even when he acknowledges the significance of climate change, he tends to frame it in terms of clean air and water (which are not directly related to climate change), or the cost to business:

So what does Trump actually believe?

“He doesn’t really understand what climate change is about,” says Professor Michael Gerrard, an environmental law professor at the University of Columbia.

Mr Trump’s position is based on his need to appeal to “the part of the Republican establishment that rejects climate policy,” Mr Goffman, who previously worked as Democratic staff director on the Senate environmental committee, adds.

Joseph Pinion, a Republican strategist who has called for more action on climate change, also argues that Mr Trump looks at the issue from a political, rather than a moral perspective.

“He’s not going to win running on the environment,” Mr Pinion says. “In America, climate is not an issue, so the reason it is not an issue for President Trump is because he cares about winning. And the reason Democrats are OK with it not being a priority for them, is because they want to beat him.”

“Ultimately it doesn’t matter what President Trump believes, what matters is what he’s doing – we need to recognise climate change is not a priority of his administration.”

What has Trump done on climate change?

The Climate Deregulation Tracker, run by the Sabin Center for Climate Change Law, has documented more than 130 steps the Trump administration has taken to scale back measures to fight climate change.

“He’s completely halted and reversed the momentum that was built up during the Obama administration in fighting climate change,” Prof Gerrard says.

While withdrawing from the Paris Agreement was “terrible symbolically”, the agreement had “virtually no specifics on what the US had to do”, so other rollbacks, especially the attempt to limit fuel economic standards of cars, were more damaging, he adds.

Dan Costa worked at the Environmental Protection Agency for more than 30 years, including as the National Director of the Air, Climate & Energy Research Program.

He said he noticed an “anti-science stance” once the Trump administration’s team took over.

“One of the folks who came as part of the transition team said ‘if climate change is such a bad thing, why are so many people moving to Arizona? Anyway, you can turn up the air conditioning.'”

He noticed that budget documents from the president’s office and Congress began to refer to his Air, Climate & Energy Research Program (ACE) as the Air and Energy research programme instead.

“There was a fair amount of anxiety and self censorship… people would start to keep the word ‘climate’ out of titles,” he said, adding that he also noticed a policy of “benign neglect” where many employees were not replaced after they left.

In 2018, Mr Trump made headlines after he cast doubt on the government’s own National Climate Assessment.

When asked about the findings that climate change would have a devastating economic impact, Mr Trump said: “I don’t believe it.”

Prof Costa said some in the EPA responded with “derisive laughter” when they heard this. “Everybody knows that what he says doesn’t necessarily reflect what he really thinks.”

The Trump administration’s actions have widely rolled back on climate change measures. But some have seen a recent shift in his tone, as he has described himself as “an environmentalist” several times in the past few months. 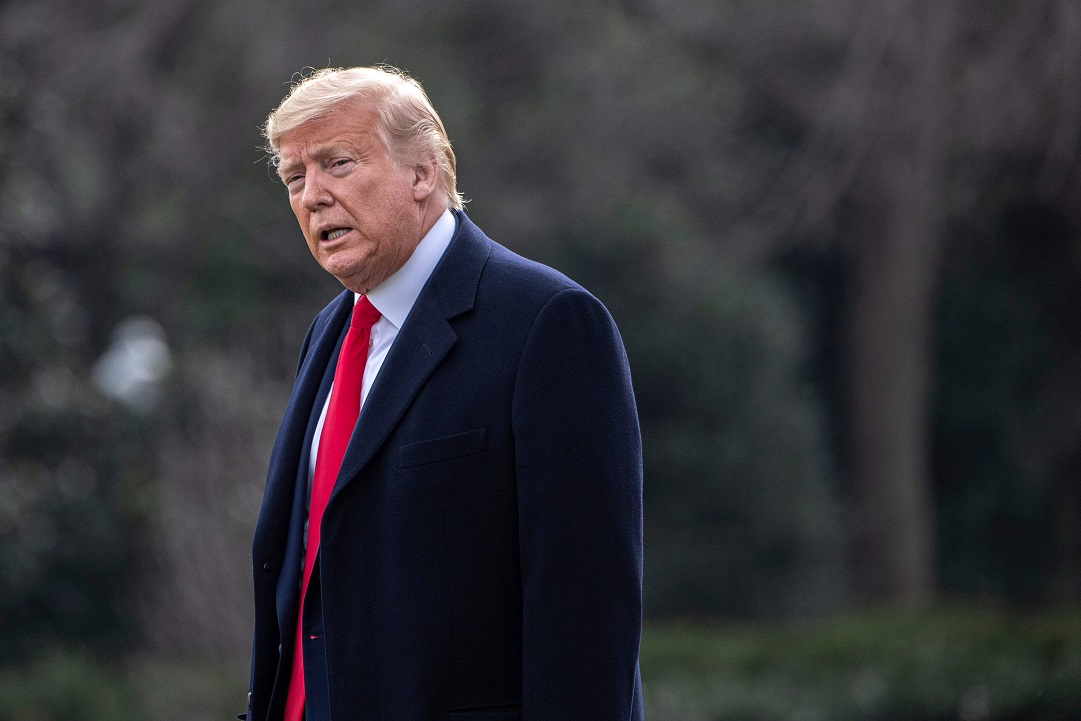 “We’ve seen him really soften his rhetoric on the issue of climate change. He’s no longer talking about it being a hoax, and he’s talking about his care for the environment,” says Quillan Robinson, government affairs director at the American Conservation Coalition.

His group is led by young Republicans who want more to be done on the environment – and he argues that, while Mr Trump often talks about climate change in more general environmental terms, it was still a “promising sign”.

“We would like him to come out and talk about where the scientific consensus is at… at the same time, talking about it in terms of clean air and water appeals to broader factions of the country, so it’s something people can get behind.”

Not everyone agrees there is a shift in Mr Trump’s rhetoric – Prof Gerrard argues that it is “sporadic, and not substantive… the administration continues to go all out on repealing regulations”.

But if Mr Trump does change his tone – or his actions – on climate change in the future, it is likely to be for political reasons.

A Pew survey last year found that 52% of young Republicans felt the government was doing too little to reduce the effects of climate change, while a Monmouth University poll found that almost two thirds of Republicans now believe in climate change – a 15% increase from just three years ago.

A survey commissioned by the American Conservative Coalition suggested that 67% of millennial Republican voters believed the party should do more on climate change.

“The trajectory of the GOP of old consider climate change a hoax, but the future of the GOP is comprised of individuals who take the issue just as seriously as Democrats,” says Mr Pinion.

“You can find ways to win elections by slimmer and slimmer margins, but we are quickly arriving at the day when a party that does not have solutions on climate change is not going to be viable with the overall majority of the electorate.”