Attorney General Bill Barr was said to have voiced concerns that Donald Trump was doing favors for the leaders of China and Turkey, according to John Bolton’s bombshell new book.

According to the Times’ latest report, the Attorney General responded to Bolton’s concerns by pointing to Justice Department investigations of companies in Turkey and China. Barr said he himself was worried it appeared Trump had undue influence over what would normally be independent inquiries, Bolton’s manuscript said.

Bolton wrote that Barr singled out the president’s conversations with his Chinese counterpart Xi Jinping about the Chinese telecommunications firm ZTE.

Trump personally intervened in May 2018 to order his Commerce Department to ease penalties against ZTE that had pushed it to the verge of collapse. US officials had accused the company of violating sanctions against Iran and North Korea.

Barr also cited remarks Trump made to Turkish President Recep Tayyip Erdogan in 2018 about the US investigation of a Turkish bank, the Times report said. 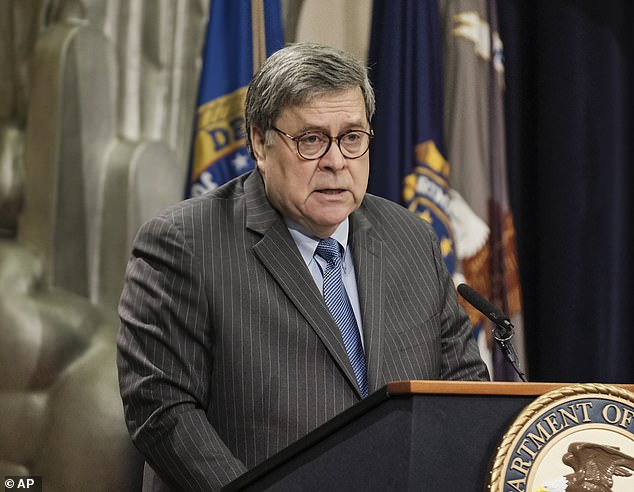 Attorney General William Barr, pictured, was said to have voiced concerns that Donald Trump was doing favors for the leaders of China and Turkey, The New York Times reported Monday 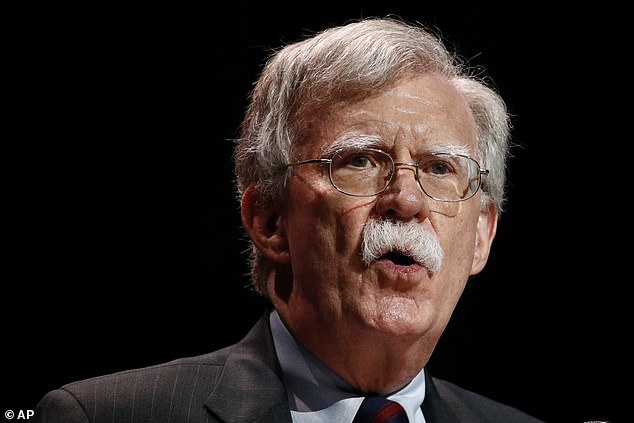 John Bolton, pictured, is said to have privately told Barr last year about concerns that the president was essentially granting favors to autocrats

The Department of Justice issued a strong rebuke of the report early on Tuesday, saying the account ‘grossly mischaracterizes what Attorney General Barr and Mr Bolton discussed’.

In a statement posted to Twitter, spokeswoman Kerri Kupec wrote: ‘While the Department of Justice has not reviewed Mr Bolton’s manuscript, the New York Times’ account of this conversation grossly mischaracterizes what Attorney General Barr and Mr Bolton discussed.

‘There was no discussion of ‘personal favors’ or ‘undue influence’ on investigations nor did Attorney General Barr state that the president’s conversations with foreign leaders was improper.

Trump tweeted Sunday: ‘If John Bolton said this, it was only to sell a book.’

The fresh revelations come in an unpublished book manuscript by Bolton which has already rocked Trump’s impeachment trial that is ongoing in the US Senate.

The same manuscript says Trump told Bolton that he wanted to continue freezing $391 million in security aid to Ukraine until officials there helped to investigate his political rivals, the Times previously reported. 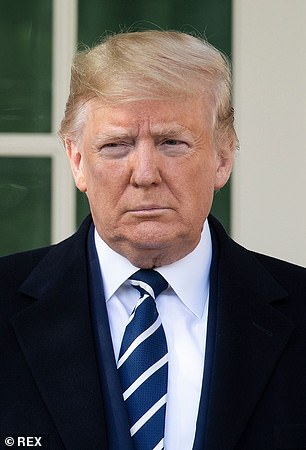 President Trump tweeted Sunday: ‘If John Bolton said this, it was only to sell a book’

Trump has shown a preference for authoritarian leaders over Washington’s traditional Western allies, a situation underscored by his warm welcomes for Erdogan and Egypt’s Abdel Fattah al-Sisi at the White House.

Pressure has mounted on Republicans to call Bolton as a witness at Trump’s impeachment trial since the Times reported Sunday on his revelations about the Ukraine aid.

Democrats accuse Trump of abuse of power in withholding the military assistance to Ukraine to push that country to mount investigations into Democrats, including former Vice President Joe Biden and his son Hunter, who served on the board of a Ukraine gas company, Burisma, while his father was in office.

Bolton’s strident opposition to Trump’s negotiating with Iran, North Korea and the Taliban eventually forced his ouster – though he insists he resigned. 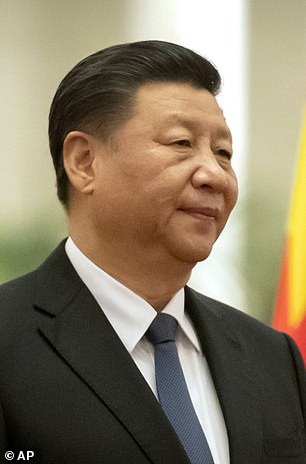 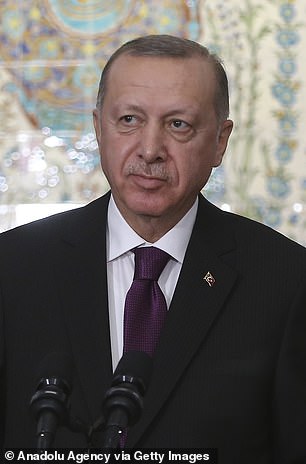 Bolton wrote that Barr singled out the president’s conversations with his Chinese counterpart Xi Jinping, left, about the Chinese telecommunications firm ZTE. Barr also cited remarks Trump made to Turkish President Recep Tayyip Erdogan, right, in 2018 about the US investigation of a Turkish bank, the Times report said

Critics accused Bolton of leaking the manuscript to drum up sales, pointing out that the Times report came on the same day that pre-orders for the book went live on Amazon.

But in a joint statement, Simon & Schuster, Bolton and his literary agency Javelin rejected the White House claims.

‘Ambassador John Bolton, Simon & Schuster, and Javelin Literary categorically state that there was absolutely no coordination with the New York Times or anyone else regarding the appearance of information about his book, THE ROOM WHERE IT HAPPENED, at online booksellers,’ they said. ‘Any assertion to the contrary is unfounded speculation.’

John Bolton makes a series of bombshell claims in his book, according to the part of the manuscript seen by the New York Times.