Batten down the hatches! Britain braces for 70mph gale-force winds as the Met Office warns of travel disruption and power cuts – before more snow blows in next week

Britains enjoying the unseasonably warm temperatures felt across the country this week are set to battle winds of up to 70mph before snow starts to fall on Monday.

Commuters could be hit with disruption this evening as strong, gusty winds are expected in the east Midlands tonight with the Met Office having issued a yellow weather warning for the area.

Forecasters said this week could see highs of 59F in some places, with light showers still being felt across some northern areas.

The cold is set to creep in from early next week and northern and eastern areas are likely to experience wintry showers and some snowfall.

The Met Office said that the strongest winds will be felt over the east of the Pennines with gusts of 50 to 60 mph in places.

‘Isolated gusts around 70 mph may affect higher western parts of Durham and North Yorkshire. The peak of the strongest winds is likely to coincide with the main evening travel period.’

Many areas may experience power cuts due to the winds and a forecaster this morning told MailOnline that the main concern would be high sided vehicles traveling on bridges. 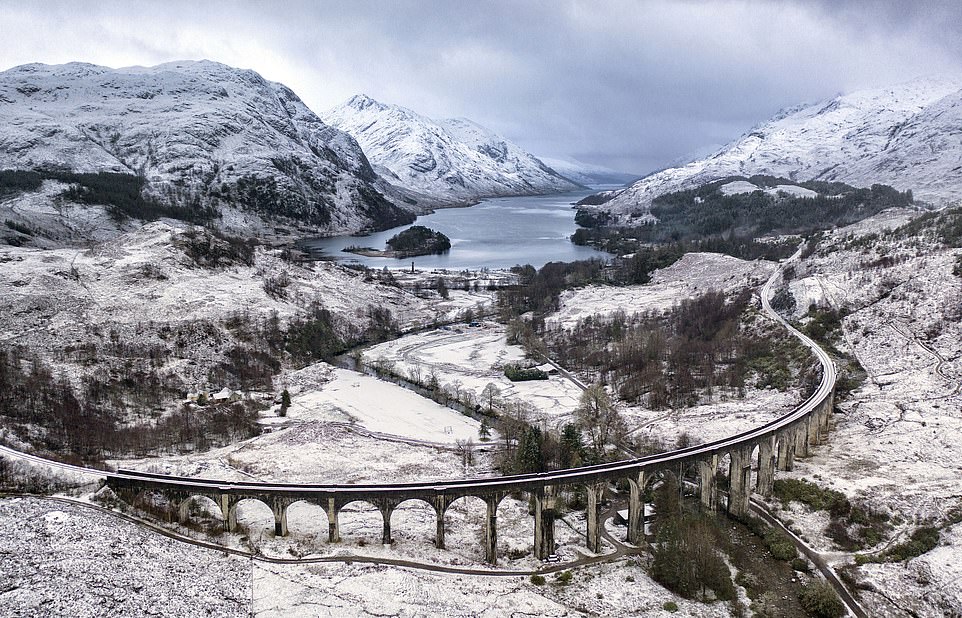 The Glenfinnan Viaduct shrouded in snow in the Scottish Highlands yesterday morning, the snow is set to melt away as temperatures climb this week 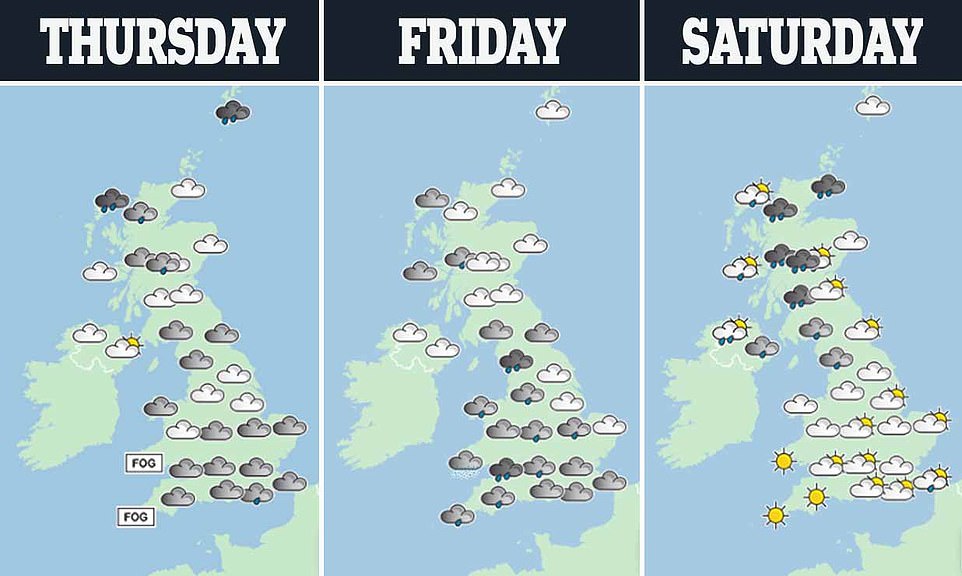 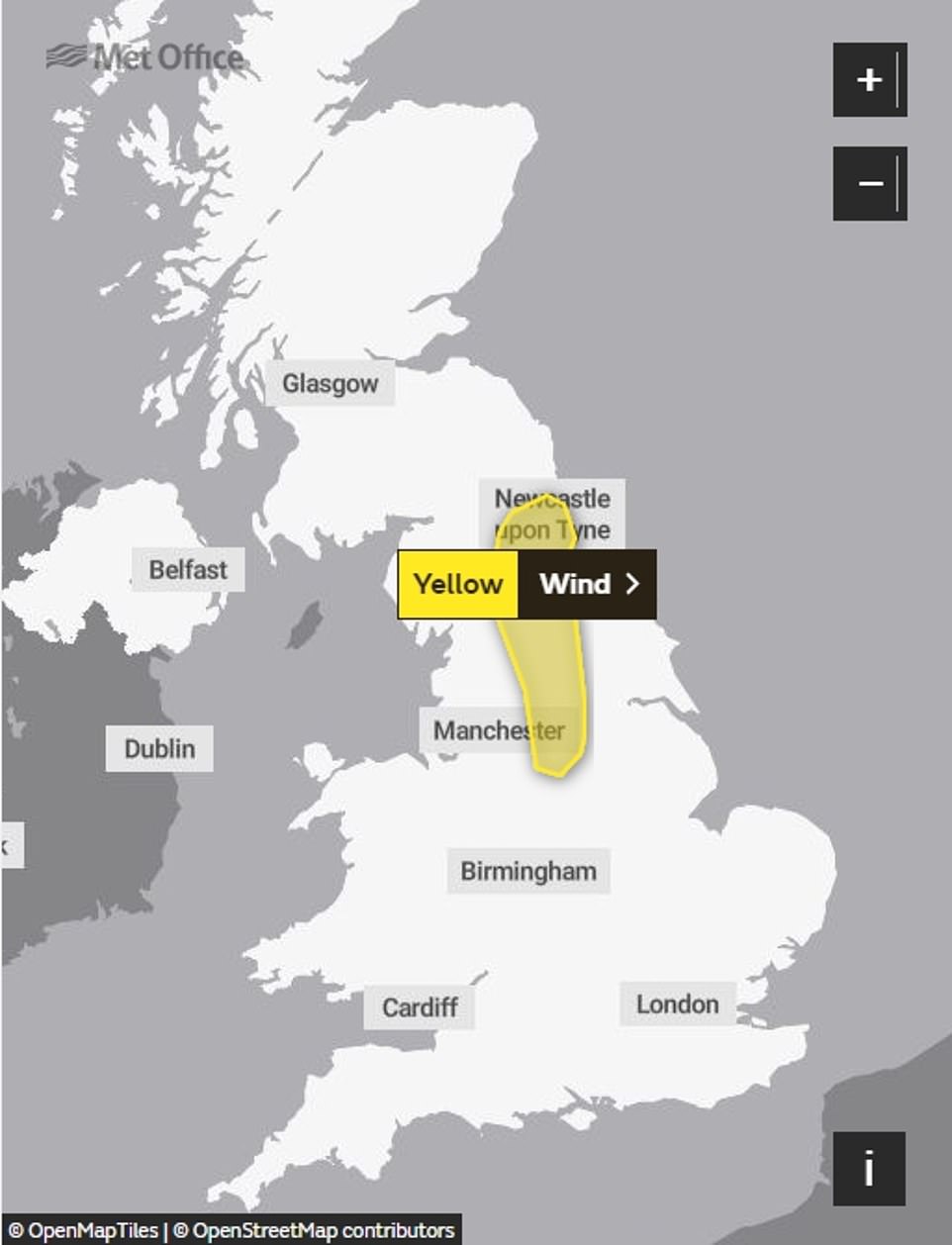 The weather for today will be mild, but ‘wet and windy at times’ and the Environment Agency has so far issued 28 flood alerts in England.

Rain or drizzle with affect most parts today and cloud will be seen mainly in the south of the country, with northern areas experiencing gales on coasts and hills.

Throughout the weekend strong winds are set to move across the UK, followed by bright interludes.

The beginning of next week will remain unsettled with rain and showers mixed with sunny spells, but there will be high pressure across the UK. 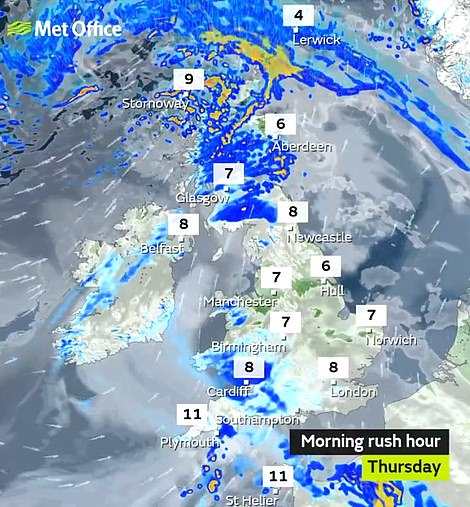 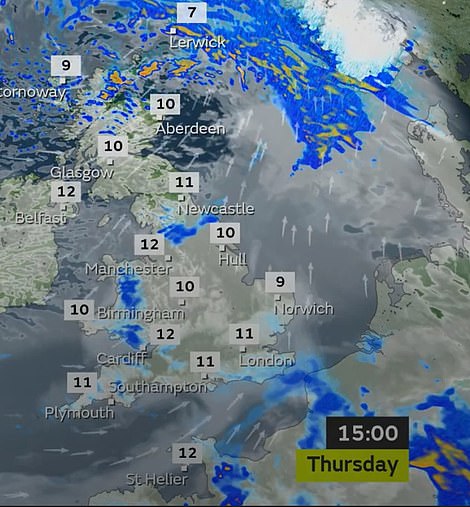 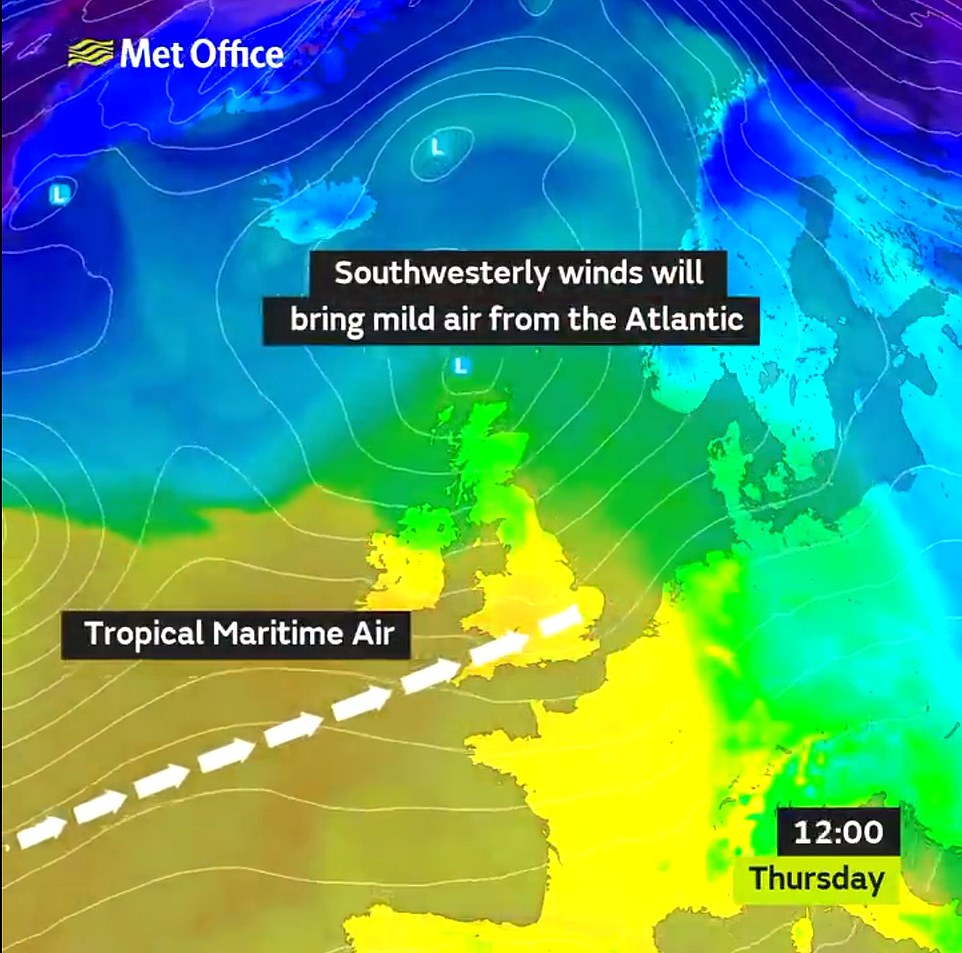 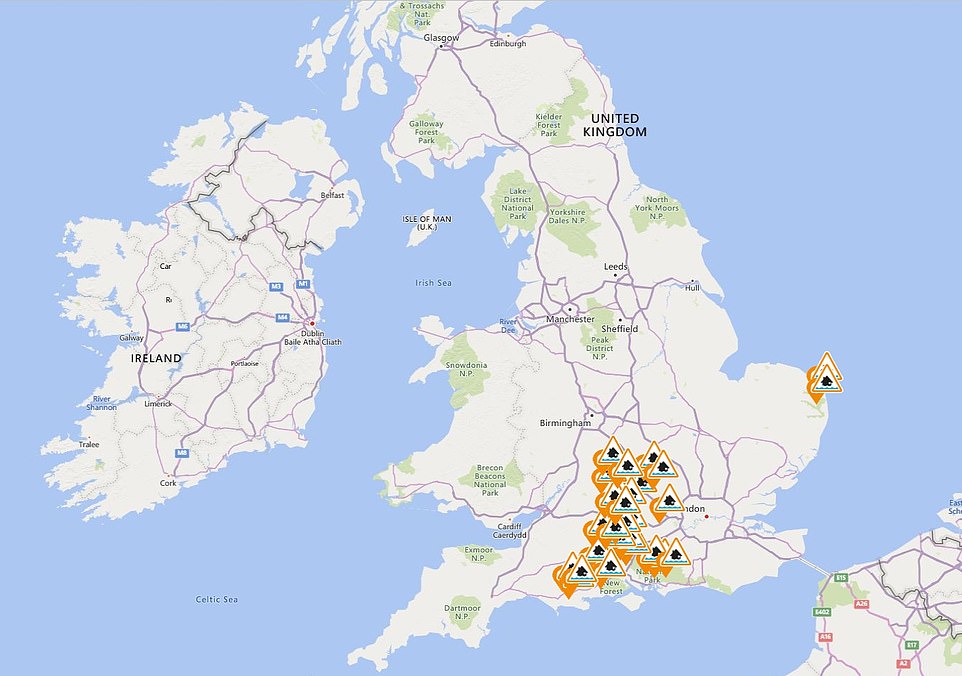 The Met Office said: ‘Northern and eastern areas are likely to start this period cold with a chance of wintry showers, these likely falling as snow to relatively low levels at times.

‘Towards the end of next week, the settled weather will spread further east with plenty of sunny spells by day and a risk of frost by night. Following this, it looks to stay mostly dry but it may turn increasingly cloudy towards the middle of February with possible overnight fog.’

Speaking to the MailOnline this morning, forecaster Grahame Madge said while the certainty around snow is low, the guidance the Met is currently giving is that there is a chance of snow to lower levels in the north.

‘It will be dependent on the position of certain weather patterns, there is a spread of possibilities. At the moment there is a ten per cent chance on snow on lower levels in the north, but we really are looking at higher ground.’

When it comes to the severity of the wind, he said the gusts predicted for this week could come out of nowhere and can create a strong impact.

‘Concern is with drivers of high sided vehicles across bridges, if they are strong enough it could affect power supply. The yellow warning expires at 9pm today. It’s more about the disruptive nature of the gusts than the strength of the winds.’

He added that we are still expected to experience mild conditions today and said that the coldest place is currently Shetland, with temperatures of 44.6F (7C).

‘It’s well above what we would expect for this time of year and the temperature is usually around half of those values.

‘Into the weekend we are generally lower in confidence about what’s going to happen, indication is it will be breezy and in the north there could be overnight frost.

‘There is a signal for strong rainfall at time in places like west Scotland. Nothing at the moment that looks impactful.

‘On Monday there is the potential that strong winds will continue, a bit of snow may be possible but we will rely on how the weather patterns unfold over the next few days.’