The last fighter ace of the Battle of Britain has died, meaning just two of ‘The Few’ are still alive.

Mr Farnes, a Hurricane pilot, was one of 3,000 Allied airmen who fought in the Battle of Britain and was the last surviving ace – a pilot who brought down five or more enemy aircraft. 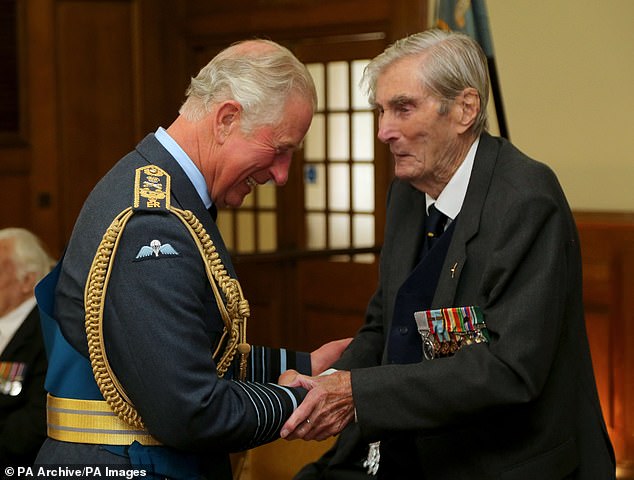 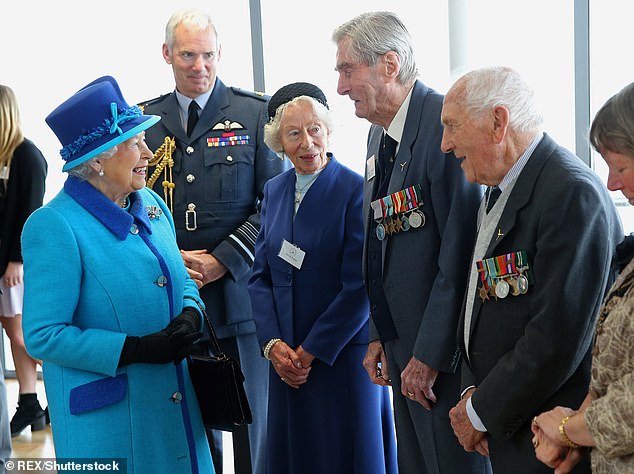 His death means there are now only two surviving members of ‘The Few’, who repelled Hitler’s Luftwaffe during the 1940 battle in the skies over southern England.

Mr Farnes was the only member of the group who was fit enough to attend the annual Memorial Day in July last year, just a week before his 101st birthday.

He was exceptionally proud to have been awarded the Distinguished Flying Medal, the highest honour for non-officers.

Mr Farnes joined the RAF volunteer reserve in 1938, and in July 1939 took the opportunity to spend six months with the regular RAF. 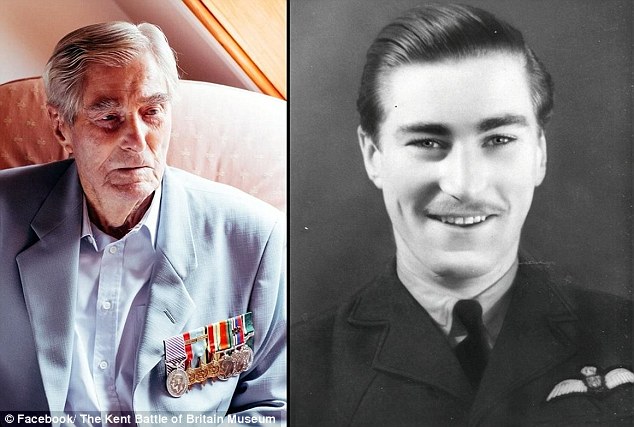 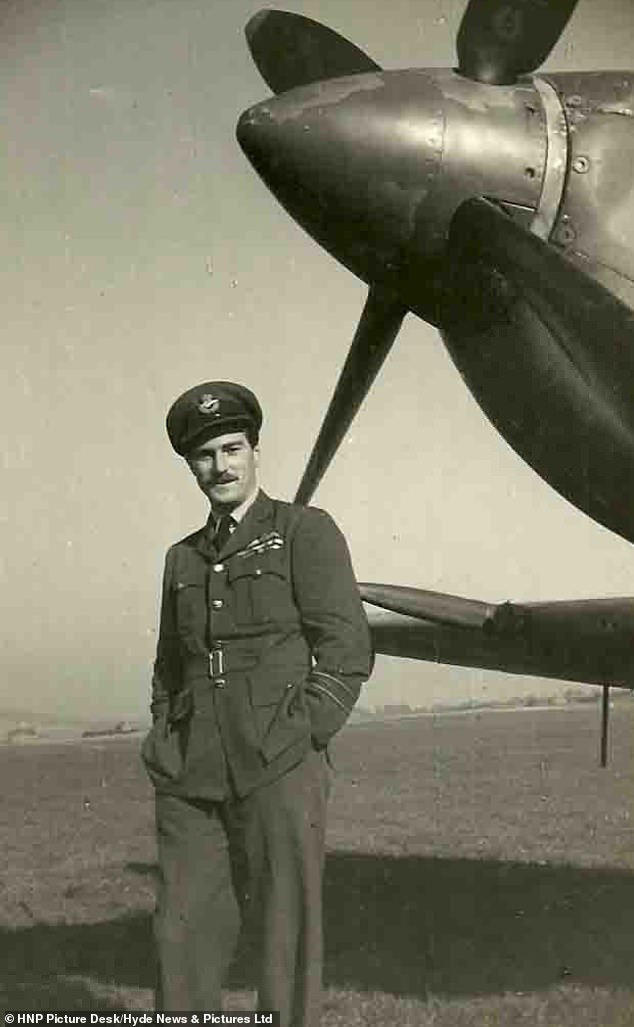 Farnes moved to Bétheniville in France with the squadron on May 10, 1940, and during the Battle of France he destroyed one aircraft, possibly destroyed a second and shared two more

He then converted to Hurricanes and joined No 501 Sqaudron, based in Gloucestershire, on September 14.

He moved to Bétheniville in France with the squadron on May 10, 1940, and during the Battle of France he destroyed one aircraft, possibly destroyed a second and shared two more.

But that was simply a curtain raiser to his impressive tally that followed in the Battle of Britain.

His tally of six destroyed, one probably destroyed and six damaged during the battle led him to be awarded the Distinguished Flying Medal on October 22, 1940.

After being commissioned as an officer, he served as an instructor and fought in Malta with No 229 Squadron as well as serving in North Africa and Iraq. 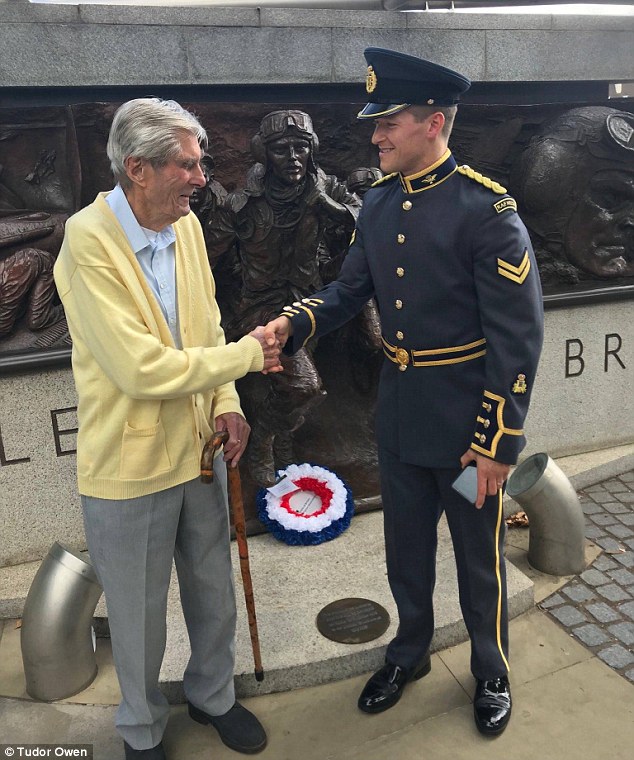 Wing Commander Paul Farnes DFM, then aged 100, laid a wreath remembering his comrades at the Battle of Britain Memorial in central London in September 2018 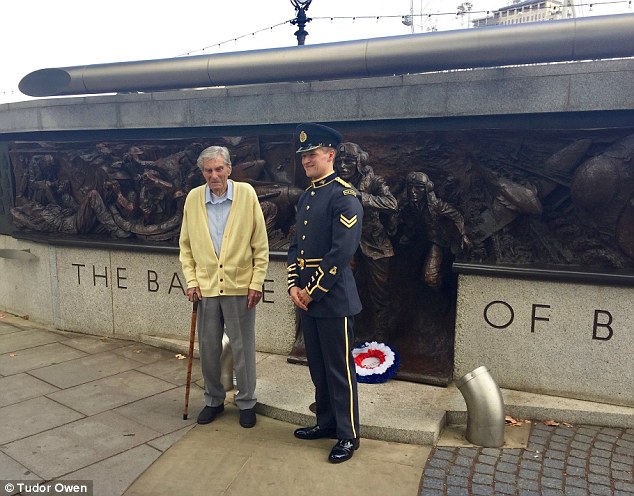 An RAF fighter ace, Wing Commander Farnes flew Hurricanes. He joined the RAF Volunteer Reserve in April 1938 as an airman pilot under training

As the war ended, he was in command of two squadrons in the UK. Remaining in the RAF until 1958, he retired as a squadron leader, retaining the rank of wing commander.

Mr Farnes later ran a hotel in Worthing, West Sussex. He leaves a daughter, Linda, and son, Jonathan. Another son, Nicholas, died in 1954.

Flight Lieutenant William Clark, 100, and Flying Officer John Hemingway, 100, are now the only surviving members of The Few. 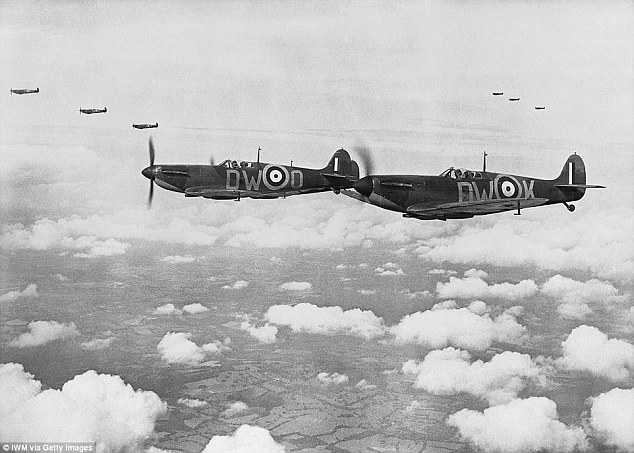 Iconic: Spitfires from No. 610 Squadron, based at Biggin Hill, Kent, fly over South East England 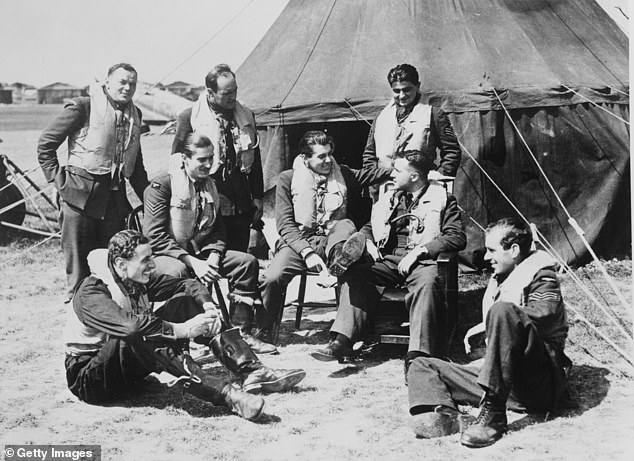 Left to right: Fighter pilots Stefan Witorzenc, George Stoney, Antoni Glowacki and sitting Bob Dafforn, Paul Farnes, Kenneth ‘Hawkeye’ Lee, John Gibson and Hugh Adams of No 501 (County of Gloucester) Squadron Royal Auxiliary Air Force rest between sorties and listen to an account given by Gibson who has just bailed out of his aircraft, having been shot down by an enemy aircraft on 15th August 1940 at RAF Hawkinge, near Folkstone, Kent,

The group of men were dubbed ‘The Few’ following Winston Churchill’s wartime address to Parliament, where he poignantly said of the brave RAF pilots: ‘Never in the field of human conflict was so much owed by so many to so few.’

544 men sacrificed their lives and successfully repelled the Luftwaffe in the summer of 1940, turning the tide of World War Two.

‘I was very proud to be in the Battle of Britain and this brings it all back,’ Mr Farnes told The Times in 2018.

He added: ‘We have lost several pilots in the last year.

Never was so much owed by so many to so few: Churchill’s enduring tribute to the Battle of Britain heroes

The gratitude of every home in our Island, in our Empire, and indeed throughout the world, except in the abodes of the guilty, goes out to the British airmen who, undaunted by odds, unwearied in their constant challenge and mortal danger, are turning the tide of the World War by their prowess and b~ their devotion.

Never in the field of human conflict was so much owed by so many to so few.

All hearts go out to the fighter pilots, whose brilliant actions we see with our own eyes day after day; but we must never forget that all the time, night after night, month after month, our bomber squadrons travel far into Germany, find their targets in the darkness by the highest navigational skill, aim their attacks, often under the heaviest fire, often with serious loss, with deliberate careful discrimination, and inflict shattering blows upon the whole of the technical and war-making structure of the Nazi power.

On no part of the Royal Air Force does the weight of the war fall more heavily than on the daylight bombers, who will play an invaluable part in the case of invasion and whose unflinching zeal it has been necessary in the meanwhile on numerous occasions to restrain.