Not the best timing! Budget hotel chain at the centre of the coronavirus outbreak tweets out ‘#happyfriday!’ promotion… hours after two guests were confirmed as UK’s first cases

By Corazon Miller For Mailonline

The budget hotel chain at the centre of the coronavirus outbreak sent out an ill-timed tweet promotion…just hours after it confirmed two of its guests were the UK’s first cases of the disease.

‘#HappyFriday…Looking forward to a weekend of rugby,’ the Staycity chain tweeted on its official account.

Health authorities this morning confirmed the first two cases of the disease in the United Kingdom; and hotel management confirmed they had been guests at the chain’s York apartments.

Just hours after the news, the chain put out the ill-timed tweet which appeared to be inviting guests to stay at its residences. 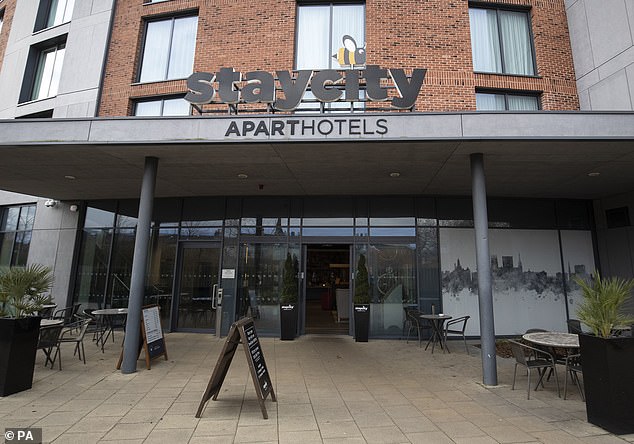 This is the hotel in York where two guests who have been diagnosed with coronavirus were staying. The hotel was put into lockdown on Wednesday evening after a man, believed to be a Chinese national fell ill 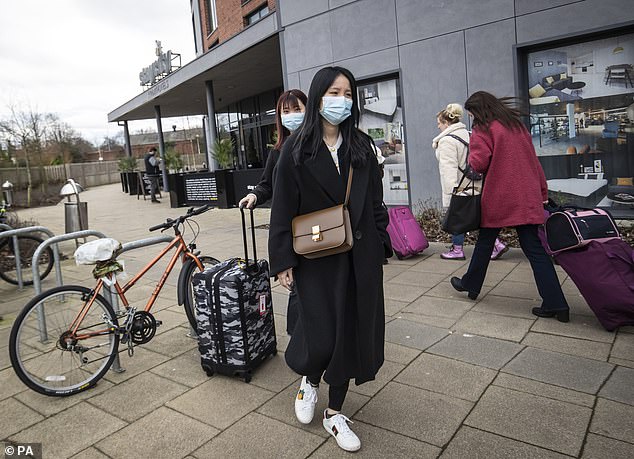 Women with masks can be seen leaving the apartment hotel after it was put into lockdown on Wednesday night. The lockdown followed the news that a guest, believed to be a Chinese national, had fallen ill

The Staycity apartment-hotel on Paragon Street, in York was put on lockdown on Wednesday when a man, believed to be a Chinese national fell ill. He was taken to hospital, along with two relatives, where they underwent testing.

Public Health England (PHE) confirmed that two people had been diagnosed with the virus and had been staying in York when they became unwell.

The announcement was made as more than 80 Britons on an evacuation flight from the Chinese city at the centre of the outbreak landed back in the UK.

The pair are being treated by Newcastle upon Tyne Hospitals NHS Foundation Trust in its specialist Airborne High Consequences Infectious Disease Centre (HCID).

It is understood that the pair travelled to the UK from China recently.

Meanwhile, health officials today are urgently trying to trace those who came into contact with the two people who have been diagnosed with the first confirmed cases of the virus in the UK.

Professor Sharon Peacock, director of the National Infection Service at PHE, said: they wanted to get in touch with those who had close contact with the two who had fallen ill.

‘Close contacts will be given health advice about symptoms and emergency contact details to use if they become unwell in the 14 days after contact with the confirmed cases.

‘This tried-and-tested method will ensure we are able to minimise any risk to them and the wider public.’

Earlier, she said that while staff are working to trace people who have been in contact with the pair, they do not currently have ‘any idea’ of how high that number might be. 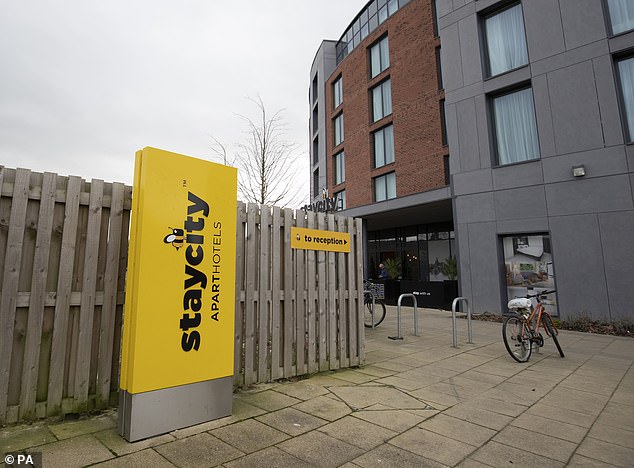 A man, who had been staying at the Staycity aparthotel in York fell ill on Wednesday and was taken to hospital with two of his relatives. Today it has emerged two guests at the hotel were diagnosed with the virus 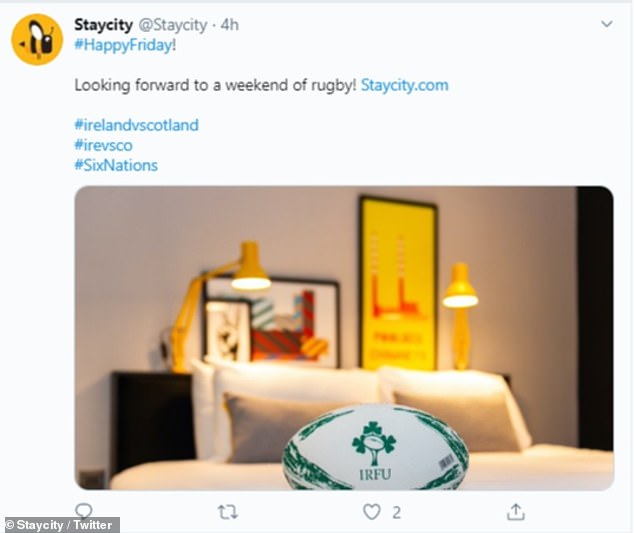 In a statement, chief medical officer, Professor Chris Whitty, said: ‘The patients are receiving specialist NHS care, and we are using tried and tested infection control procedures to prevent further spread of the virus.

‘The NHS is extremely well prepared and used to managing infections, and we are already working rapidly to identify any contacts the patients had, to prevent further spread.

‘We have been preparing for UK cases of novel coronavirus and we have robust infection control measures in place to respond immediately.

‘We are continuing to work closely with the World Health Organisation and the international community as the outbreak in China develops to ensure we are ready for all eventualities.’