By Emily Webber For Mailonline

A woman was seen sitting on a row of seats in the station where she was surrounded by masked rail workers.

Staff appeared to be standing at a safe distance from the passenger who fell ill shortly before 11pm. 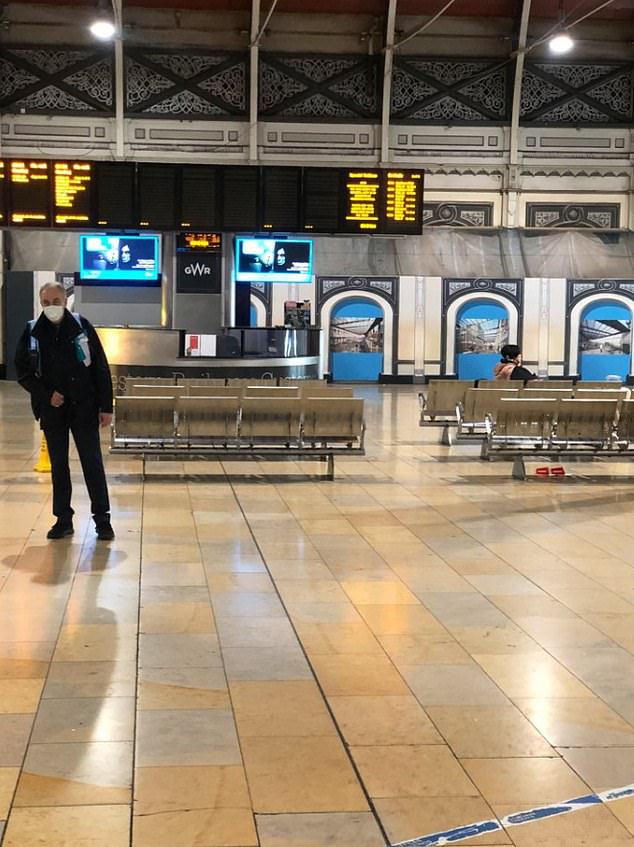 The incident has raised concerns that the virus has reached London just hours after two Chinese tourists tested positive for Wuhan coronavirus during a holiday to York.

Paddington Station remained open while the passengers were treated by paramedics.

Emergency services confirmed two people were taken to hospital but refused comment on fears of coronavirus.

Mack Grenfell tweeted: ‘London Paddington station being cordoned off due to a suspected #coronavirus case; what looks like a solo Asian traveller.’ 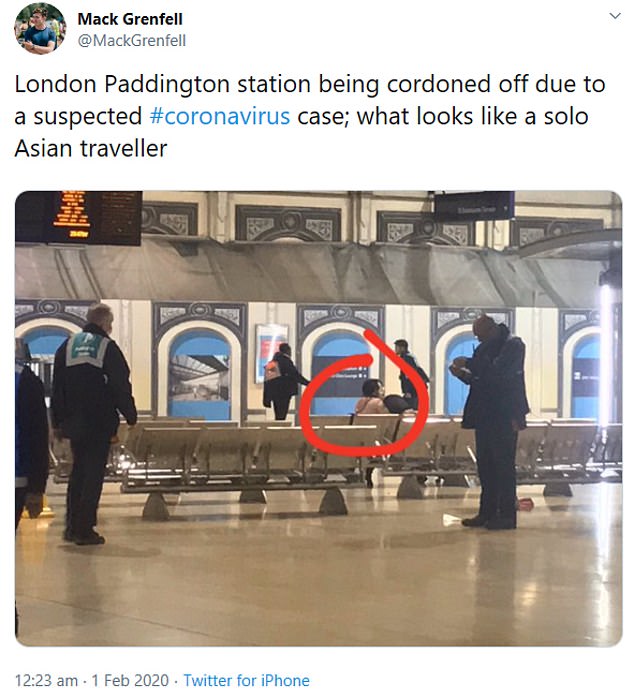 Mack Grenfell tweeted: ‘London Paddington station being cordoned off due to a suspected #coronavirus case; what looks like a solo Asian traveller’

A London Ambulance Service spokesperson told MailOnline: ‘We responded to a call at Paddington Station at 10.52pm on 31 January.

‘We sent two ambulances to the scene and took two people to hospital.’

The Department of Health and Social Care said they could neither confirm nor deny that the passengers were taken ill with coronavirus.

Health officials have urged anyone who has come into contact with coronavirus sufferers to ‘self-isolate’ in order to prevent the spread of infection.

As of yesterday, a total of 177 UK tests have concluded, of which 175 were confirmed negative and two positive.