Latest News
Home /Man, 35, is mauled to death by his own pitbull dog while he was suffering a medical episode

Man, 35, is mauled to death by his own pitbull dog while he was suffering a medical episode

By Liz Perkins For Mailonline

A man was mauled to death after being ‘bitten multiple times’ by his pitbull after suffering a medical episode.

Police shot the dog after 35-year-old Jonny Halstead was killed at a property in Oldham, Greater Manchester.

They were originally alerted a man had collapsed after falling ill at home and went on to be bitten, according to the Manchester Evening News. 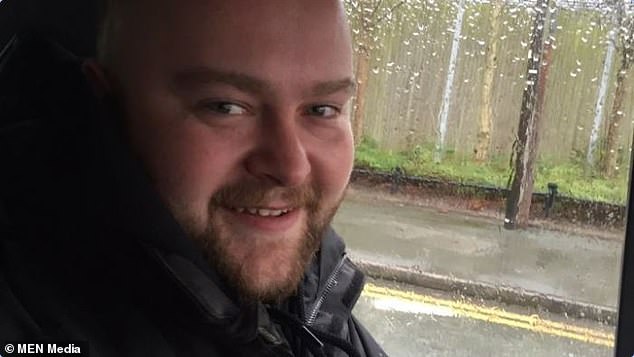 Devastated: Pals of Jonny Halstead are coming to terms with his death after he was mauled by his pitbull after suffering a medical episode

Neighbours revealed police cars and ambulances, including forensic teams and plain-clothes officers, rushed to the scene on the quiet street on Wednesday afternoon.

Teams were seen in and out of the property throughout the day and following their work the front door of the house was boarded up.

A GoFundMe page has been set up following his death, which has raised more than £1,000 towards the cost of his funeral.

His friends have been left devastated following his death, with one saying:  ‘Jonny Halstead was taken far too soon.

‘If you knew him and fancy doing one positive thing today try and support his family cover some costs.

‘You had me in stitches every time we met.’

Another added: ‘We lost a good friend yesterday.

‘Lots of good memories to look back on but we would rather had him here to make some more.

And another said: ‘God I’m absolutely gutted. The saying is true he only takes the best.

‘Jonny you will be missed so much by so many people. I wish it wasn’t true. 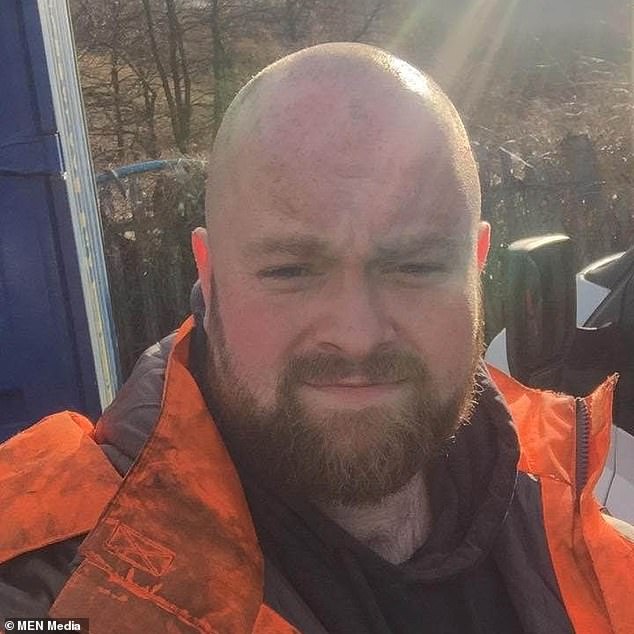 ‘Nightmare’:  One of his friends said ‘Jonny Halstead was taken far too soon’ following his tragic death

One said: ‘I was hoping to wake up and it all be a nightmare, unfortunately it’s not and you really have gone, Jonny Halstead, can’t get my head around it all.

A post-mortem has yet to take place into Mr Halstead’s death.

In a statement, a Greater Manchester Police spokesman said: ‘Shortly before 2pm on Wednesday January 29, police were called to a report that a man had been bitten multiple times by a dog at a property on Duckworth Street, Shaw, Oldham.

‘Emergency services attended and sadly found the body of a 35-year-old man.

‘The dog was destroyed by officers at the scene.’ 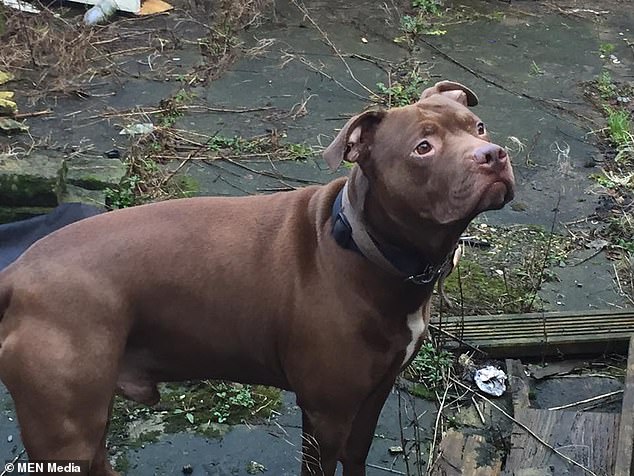 Shot: Police killed the dog after he killed his owner at the property in Oldham, Greater Manchester