More than 1,800 people are being tested for coronavirus on a cruise ship in Hong Kong today after some crew members reported fever.

The World Dream docked in Hong Kong after three former passengers were found to have had the virus.

The ship was denied entry to the Taiwan port of Kaohsiung on Tuesday and is now being held in quarantine while everyone on board is tested.

Pictures showed one man being moved off the ship and transferred to an ambulance by health workers in blue protective suits.

Hong Kong has today tightened its quarantine measures, saying all arrivals from mainland China will face a mandatory two-week lockdown.

The city’s chief executive Carrie Lam has resisted pressure to seal the border completely but said today’s move was a ‘harsh’ measure to reduce arrivals.

The World Dream quarantine is the latest coronavirus lockdown on board a cruise ship after 3,711 people were left stranded on board the Diamond Princess in Japan. 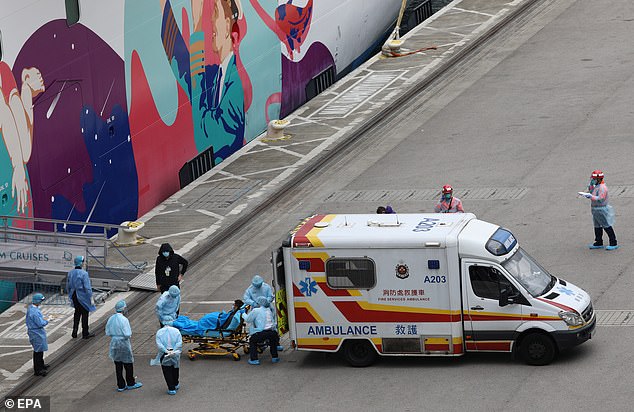 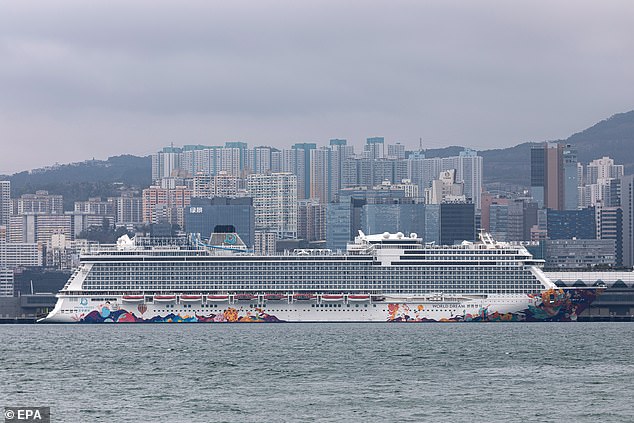 Three people from mainland China who had been on board the World Dream from January 19-24 were found to have had the virus, Hong Kong’s health department said.

Most of the remaining passengers are from Hong Kong.

The cruise operator, Dream Cruises, said the three ‘confirmed’ patients had left the ship in the mainland city of Ghangzhou on January 24.

‘For the time being, we cannot conclude the likely time of finishing the quarantine measures,’ said Leung Yiu-hong, an official at the city’s department of health.

Hong Kong has confirmed 18 coronavirus cases, including at least four that were transmitted locally, and saw its first death yesterday.

Health workers have been on strike this week to demand that the border with mainland China be completely sealed.

The city’s chief executive, Carrie Lam, has suspended some links with the mainland and closed some border crossings but she has left three open.

Today she announced that arrivals from mainland China will face two weeks of quarantine.

‘The measure is harsh. But I believe after we say all arrivals have to be quarantined for 14 days from February 8 the number of arrivals will reduce,’ she said.

The outbreak has rekindled memories of the 2003 SARS crisis, another virus which began in China and killed nearly 300 people in Hong Kong. 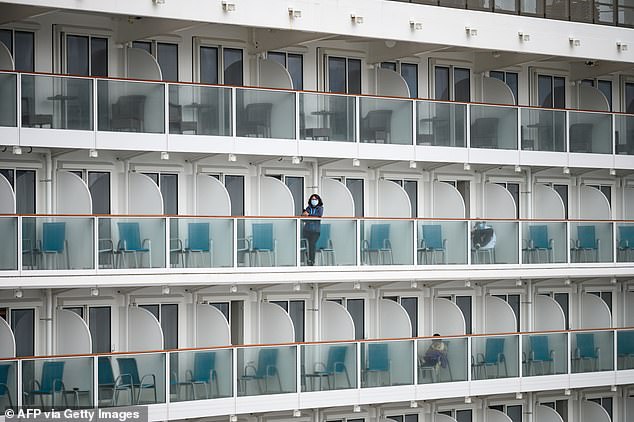 A passenger wearing a face mask looks out from a cabin on the World Dream cruise ship, docked at the Kai Tak cruise terminal in Hong Kong 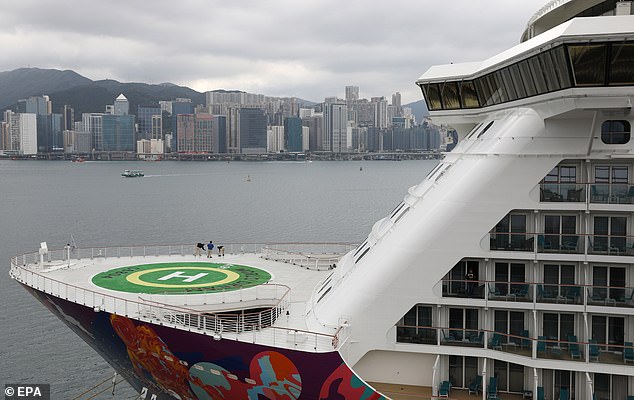 Passengers stand on the helipad of the 151,000-tonne World Dream cruise liner today 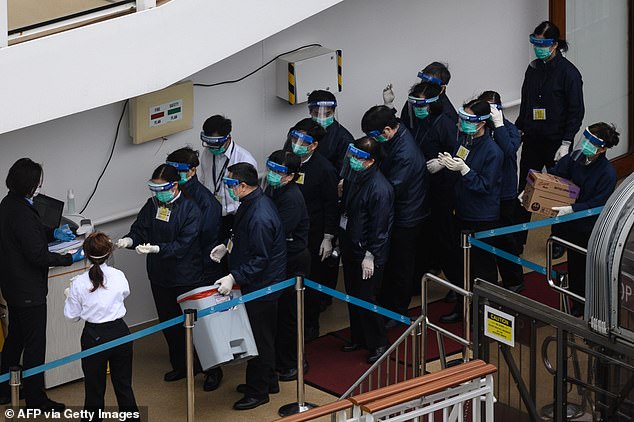 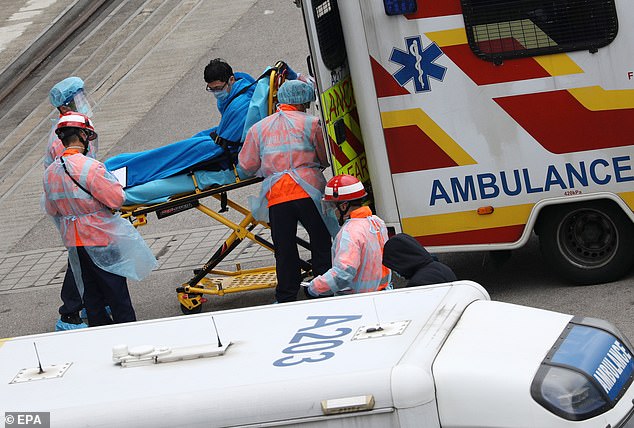 The latest virus has spread rapidly in China with nearly 25,000 people infected and 490 deaths, most in Wuhan and the surrounding province of Hubei.

‘As the disease is spreading rapidly in our community, and locally infected cases are steadily increasing, we are dangerously close to a massive community outbreak comparable to SARS,’ said the HAEA hospital workers’ union.

Thousands of medical staff have gone on strike and the Hospital Authority has warned that emergency services are being severely hampered.

Hong Kong’s beleaguered public hospital network was suffering from staff shortages and limited hospital beds even before the coronavirus outbreak.

Today dozens of medical representatives marched to government headquarters to press their demands for the border to be sealed. 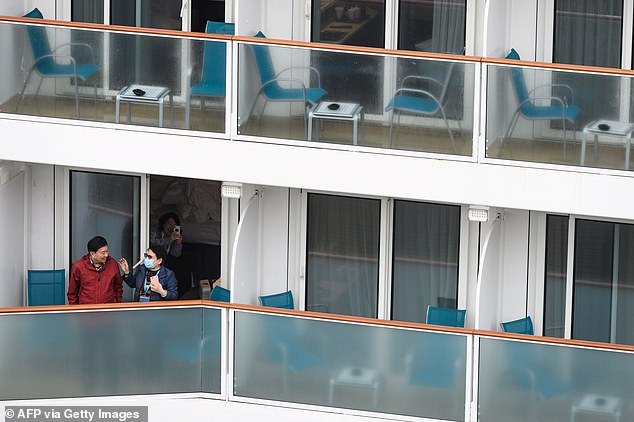 Passengers stand outside a cabin on the World Dream cruise ship, docked at the Kai Tak cruise terminal in Hong Kong

The health scare comes after months of violent anti-government protests in Hong Kong sparked by fears that its autonomy was being eroded by Beijing.

Overnight, police fired teargas and rubber bullets to disperse a crowd in the city’s rural New Territories after protesters denounced the government’s refusal to seal the border.

On Wednesday, masked workers brandished posters reading ‘Hospital workers on strike’ and ‘If we burn, you burn too’ as they petitioned Lam to meet them and handed in a letter to her office on behalf of front-line medical staff.

Thousands of Hong Kong people waited in long queues on Wednesday to buy face masks with some camping overnight to secure their place, broadcaster RTHK reported.