Andrea Leadsom has sent Boris Johnson a stark warning against ‘male-dominated’ workplaces ahead of a cabinet reshuffle in which he is expected to sack five women.

The Business Secretary, who believes her own job could be at risk, has said that gender equality should be ‘the absolute norm’ – in what could be seen as a reference to the Prime Minister’s upcoming changes.

Her comments come as nervous ministers were on Thursday pictured filing through Number 10 for what could be their last appearance at the top table.

Those who may be at risk – alongside Ms Leadsom – include Liz Truss, the international trade secretary, Thérèse Coffey, the welfare secretary, Theresa Villiers, the environment secretary, and Esther McVey. 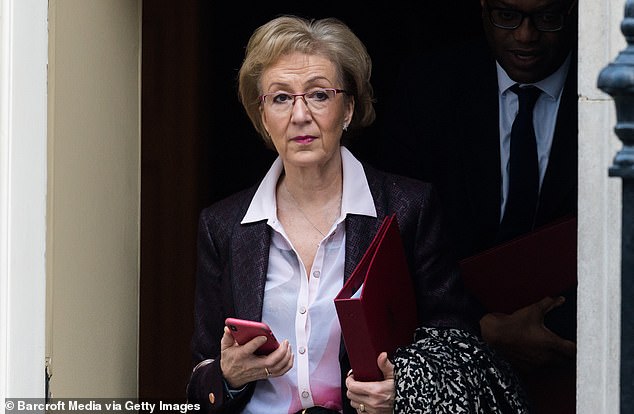 The Business Secretary, who believes her own job could be at risk, has said that gender equality should be ‘the absolute norm’ (Ms Leadsom is pictured leaving Number 10 after what could be her last cabinet meeting)

Writing in The Daily Telegraph, Ms Leadsom – a former Conservative Party leadership contender – said: ‘Working in the City in the 90s, I saw for myself how a male-dominated environment can limit a career.

‘It would be much better if we just didn’t have to talk about diversity any more; if equality was the absolute norm.’

Mr Johnson has been widely tipped to make sweeping changes to his Cabinet now that the UK has left the European Union.

If it had not been for Brexit, the PM may have immediately moved to change his ministerial team in the immediate aftermath of his crushing general election victory in December.

His 80-seat Tory majority and continuing election honeymoon period mean the premier does not need to worry too much about the potential repercussions of sacking lots of ministers.

However, Number 10 will be keen to get the reshuffle right because Mr Johnson will only have one chance to set the direction of his new government. 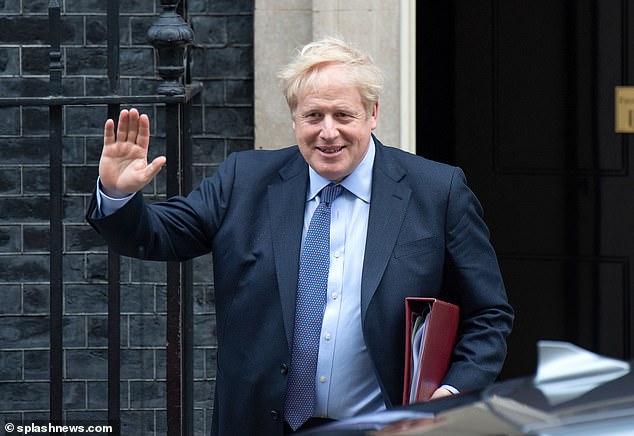 Mr Johnson has been widely tipped to make sweeping changes to his Cabinet now that the UK has left the European Union (pictured, Mr Johnson leaving Downing Street earlier this week)

Numerous ministers are widely expected to be fired, with Nicky Morgan frequently named in recent weeks.

Ms Morgan did not stand at the general election but was then elevated to the House of Lords to allow her to serve as Culture Secretary.

That appointment was always due to be a temporary arrangement with Ms Morgan having previously outlined her desire to step away from frontline politics.

The prime minister is understood to be resigned to suffering the embarrassment of a sharp drop in the number of female cabinet members, according to The Times.

At the moment eight women sit around the cabinet table but Mr Johnson is hoping that there will soon be a new influx of women into government. 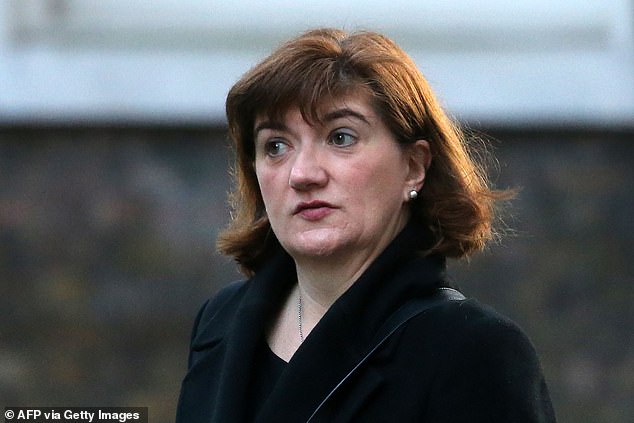 Nicky Morgan, pictured arriving in Downing Street on Thursday morning, is widely expected to be replaced as Culture Secretary 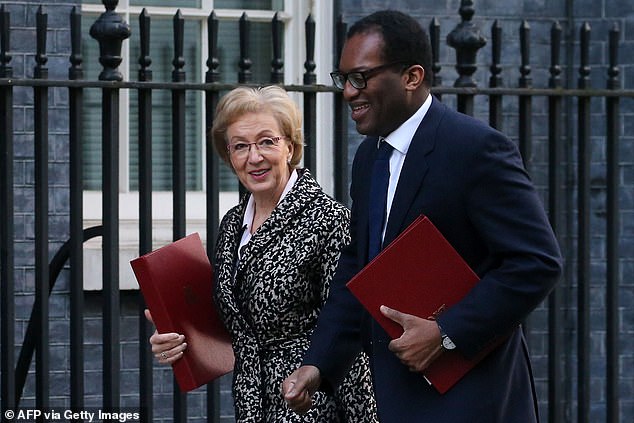 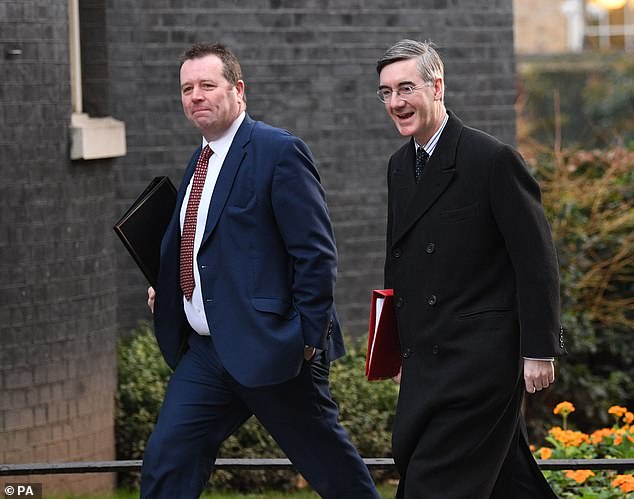 Jacob Rees-Mogg, pictured alongside Chief Whip Nick Spencer, had previously been tipped for the sack after a disastrous general election campaign for the Commons Leader

Of the 109 paid positions across government, 38 are held by women and an increase in their number could allow the prime minister to claim to be leading the most female government.

Many had predicted Jacob Rees-Mogg would also be axed after a disastrous election campaign for the Commons Leader.

But he is thought to have repaired much of the damage to his reputation with a series of solid performances in the Commons in recent weeks.

Meanwhile, Chief Secretary to the Treasury Rishi Sunak has been tipped for a big promotion. 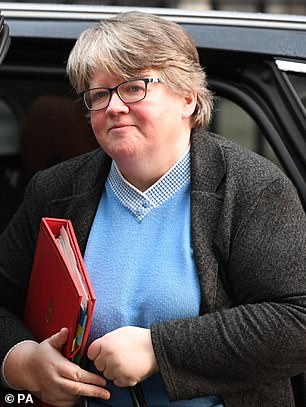 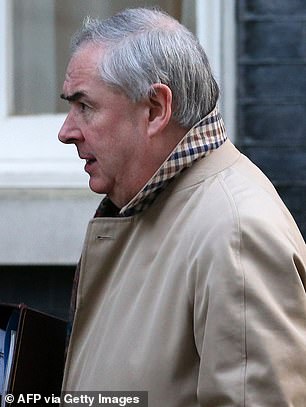 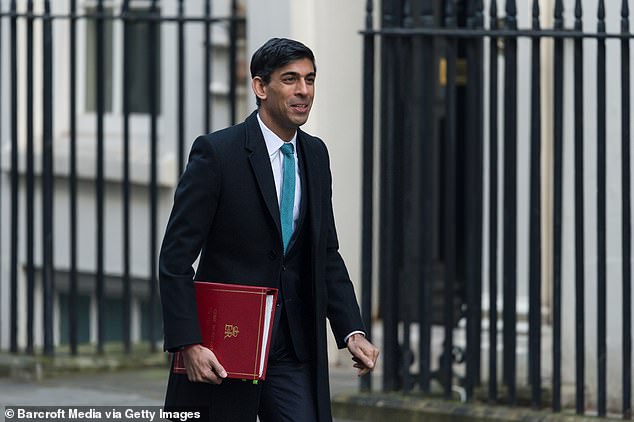 But Rishi Sunak, the Chief Secretary to the Treasury, has been tipped for a big promotion

Mr Sunak is a favourite of Number 10 and it would not be a surprise to see him handed a bigger job next week.

Steve Barclay, the former Brexit secretary who lost his job last Friday when the UK left the EU, is also likely to make a quick comeback to Cabinet.

There had been speculation that Chancellor Sajid Javid was in danger of losing his job after clashes with the PM’s top aide Dominic Cummings.

But Mr Javid’s allies believe he is now ‘pretty safe’ after apparently receiving a private assurance from Mr Johnson that he will not be moved.

In the last general election the Tories did relatively poorly among younger women. A YouGov analysis of the election on December 12 showed a significant gender gap among 18 to 24-year-olds.

While they attracted 28 per cent of younger males only 15 per cent of women in that age group voted Conservative.