Boris Johnson‘s Brexit deal could mean Northern Ireland operates in a different time zone to the rest of the UK for half the year, peers warned today.

However, the European Parliament has backed plans to end the twice-yearly changing of the clocks – the pattern followed by the UK – to accommodate extra daylight hours.

And a Lords committee has raised concerns that Northern Ireland could end up obeying the Brussels rules because the Brexit treaty keeps the province inside the EU single market. 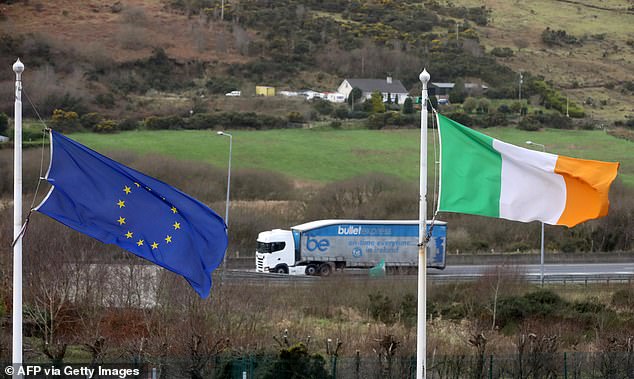 EU and Irish flags fly near the border road between Dundalk in Ireland, and Newry in Northern Ireland

The warning came in a report by the Lords’ EU internal market sub-committee.

The proposal to scrap the changing of the clocks was first revealed by former EU Commission president Jean-Claude Juncker in 2018.

It would see every EU member state choose, from next year, whether to stay permanently on winter or summer time.

Any EU-wide shift in timekeeping would apply to Ireland and, due to the terms of the PM’s divorce treaty, Northern Ireland might have to follow suit, peers have suggested.

The Lords report said: ‘Were this proposal to become EU law under its current single market legal basis, Northern Ireland may be obliged under the terms of the Withdrawal Agreement and the protocol on Ireland/Northern Ireland to align with the EU and thus institute a time border with Great Britain.’

Baroness Donaghy, chairman of the committee, said: ‘So far the Government has stuck its head in the sand on the EU Commission’s proposal, hoping that it goes away.

‘However, if it doesn’t, we could be caught unaware and unprepared to make a decision, leaving the island of Ireland with two time zones at different times of the year and causing difficulties for people and businesses in Northern Ireland.’

The crisis might not come to a head, as EU diplomats in Brussels say several countries are not keen on the proposal and Mr Juncker has finished his term as president. 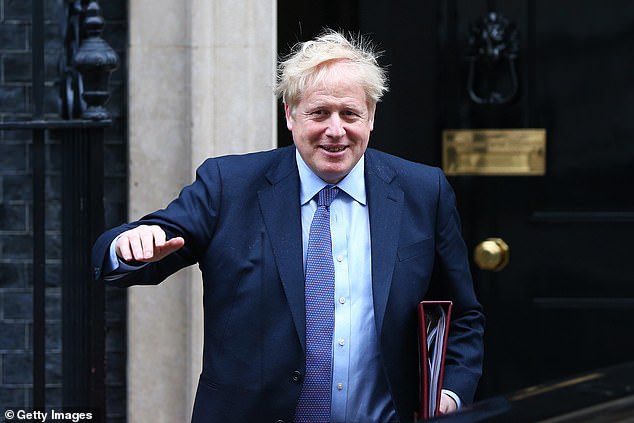 But the group of cross-party peers called on the Government to ‘give urgent further consideration’ to the impact the Brexit agreement could have if the EU does decide to make the summer time switch permanent – and criticised ministers’ lax approach to what could be a significant change for the UK.

‘Our inquiry has demonstrated that any such decision at EU level would have implications for the UK, notwithstanding UK withdrawal from the EU,’ wrote the peers.

‘The nature and significance of such implications is not, however, well understood – not least by the Government.’

Business minister Kelly Tolhurst, giving evidence to the committee last year, said: ‘Anything that would create a time border in Northern Ireland we are completely opposed to, and so is the Irish government.’