Latest News
Home /Yes, HS2 will cost £106billion – but at least the dithering is finally over, writes ALEX BRUMMER

At long last, the dithering and delay is over. Boris Johnson has opted to go full steam ahead on the visionary HS2 high-speed rail link designed to connect Birmingham and the North to London.

As a long-term advocate of restoring Britain’s ageing transport, energy and communications systems, I am delighted that Johnson has refused to be cowed by the project’s many detractors.

It is, of course, a hugely ambitious project which, when completed, will rival the great engineering enterprises of the Victorian era, and deliver economic and environmental benefits to the nation for generations to come. In embracing HS2 Johnson has made clear his intention for the UK to remould itself as a formidable global commercial powerhouse outside the European Union. 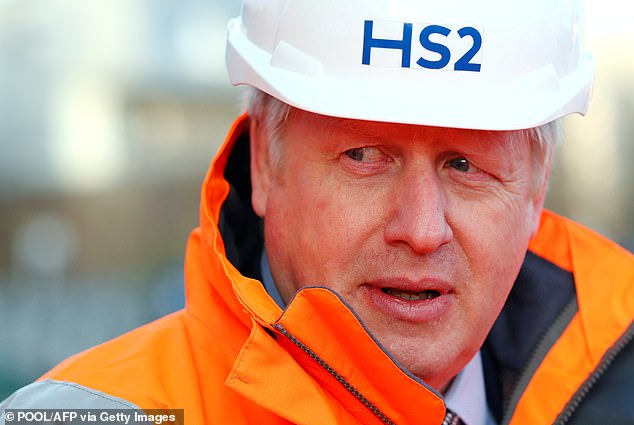 Britain’s Prime Minister Boris Johnson reacts during his visit to Curzon Street railway station in Birmingham, central England on February 11, 2020, where the High Speed 2 (HS2) rail project is under construction 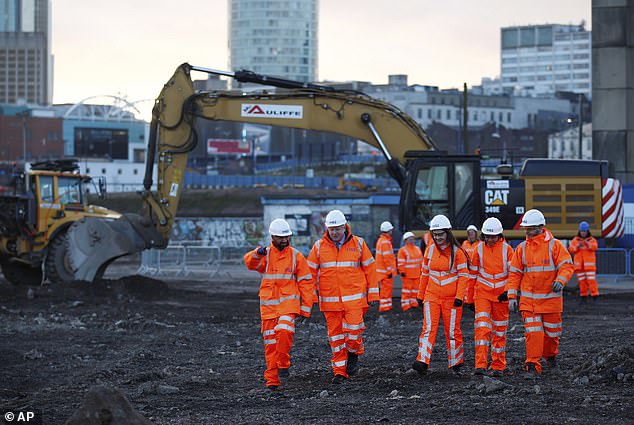 Britain’s Prime Minister Boris Johnson, 2nd left, walks with apprentices during a tour of the Curzon Street railway station, where the new High Speed 2 (HS2) rail project is under construction, in Birmingham, England, Tuesday Feb. 11, 2020. Boris Johnson said his Cabinet had given the “green light” to the high-speed rail line that will link London with central and northern England, despite the huge cost prediction and opposition from environmentalists

Not only will HS2 create up to 50,000 jobs, but it will cut the time it takes to get from London to Manchester by an hour. With these shorter and more frequent journeys, Britain’s economic output could be boosted by at least £15billion a year.

This decision doesn’t come a moment too soon. Britain lags behind many of its competitors in terms of productivity – one of the drivers of future growth – and revamping our creaking infrastructure is regarded by economists as a sure-fire way to remedy it. That isn’t to say it hasn’t been a bumpy ride.

Last month the National Audit Office reported that the HS2’s initial costings were woefully inadequate. The original price tag of £32.2billion for the 400-mile railway was based on comparisons to similar high-speed routes in Europe. It failed miserably to account for the very different and complex geographies and planning constraints on construction projects in the UK. 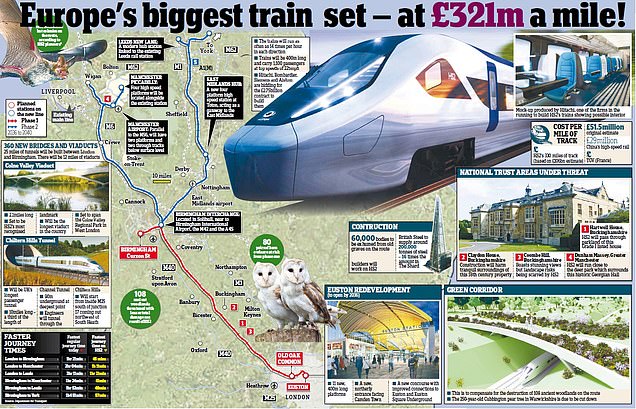 In its initial phase, HS2 must navigate its way out of Euston station to Old Oak Common in the north-west of the capital by tunnelling under central London to connect with Crossrail (the new Elizabeth line)

In its initial phase, HS2 must navigate its way out of Euston station to Old Oak Common in the north-west of the capital by tunnelling under central London to connect with Crossrail (the new Elizabeth line).

Once it leaves London, it must then traverse areas of outstanding natural beauty while weaving its way to Birmingham, Manchester and Leeds. On the London-to-Birmingham leg alone, this requires 25 miles of tunnelling and a 90-metre deep excavation under the Chilterns – a far more complex route structure than the French and Spanish high-speed railways which largely pass through countryside.

Combined with the enormously expensive compulsory purchases of property along HS2’s route, the current price tag stands at £106billion. That is a massive sum. But as Chancellor Sajid Javid has pointed out, interest rates in Britain are at their lowest level in his lifetime, meaning now is a unique opportunity to undertake ambitious futuristic projects. 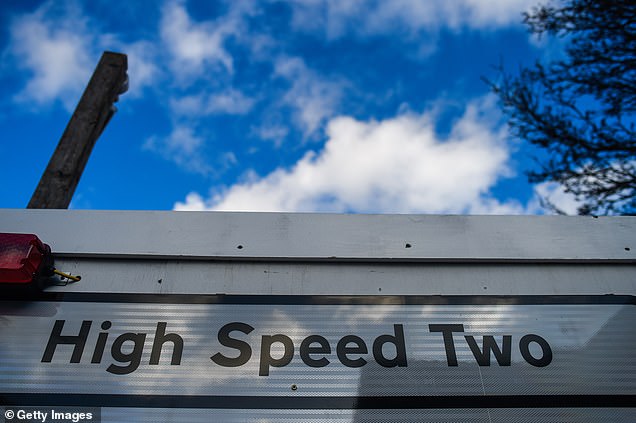 But we should not let these criticisms detract from the inevitably positive effects of HS2. It will relieve passenger and freight congestion on existing rail lines, with each extra train taking 40 heavy goods vehicles off the road

Certainly, it is imperative that the oversight of the project is scrupulous, that the costs of the army of specialist consultants and contractors are thoroughly policed and the executives managing the project are kept on a tight leash. It is also true that from the start the project has been beset by delays and allegations that the Government failed to check properly how much the property purchases would cost.

But we should not let these criticisms detract from the inevitably positive effects of HS2. It will relieve passenger and freight congestion on existing rail lines, with each extra train taking 40 heavy goods vehicles off the road.

The railway will also eventually feed into a planned high-speed link from Liverpool to the North East – an essential component of the Northern Powerhouse. All the evidence from Japan suggests that new railways bring booming industrial development and revitalise neglected parts of the country.

While we should be sensitive to concerns in Tory shires about high-speed trains whizzing through countryside, the reality is that a quieter, carbon-free railway, possibly powered in the future by non-polluting hydrogen trains, will make an immense contribution to a greener Britain.

By giving HS2 the green light, the Johnson Government is not just fulfilling its commitment to levelling up the North but is building a transport and economic legacy which will remain on track for generations.