Sadiq Khan has begged the EU to grant pro-Remain Britons ‘associate citizenship’ of the bloc so they can continue to enjoy the benefits of free movement despite Brexit.

The Mayor of London travelled to Brussels today for crunch talks with the EU’s chief Brexit negotiator Michel Barnier.

He is calling on the UK and EU to discuss his plans when the two sides sit down in the coming months for negotiations on the terms of their future relationship.

Mr Khan argued his plan would help reconcile Leave and Remain voters and help pro-EU voters who ‘still feel and want to be European’.

However, the EU will almost certainly dismiss the call because it is likely to fall into the category of ‘cherry picking’ – wanting some of the advantages of membership without taking on all of the obligations.

Mr Khan tweeted: ‘It’s no secret I wanted to remain in the EU, but I’m determined to ensure London thrives after Brexit.

‘Today I’m in Brussels, meeting senior EU leaders to fight for a deal that protects London’s economy, and the rights of all Londoners.’

The Mayor’s ‘associate citizenship’ plan would allow British voters who opt in to keep many of the rights they held before Brexit – including the right to move freely between EU member states. 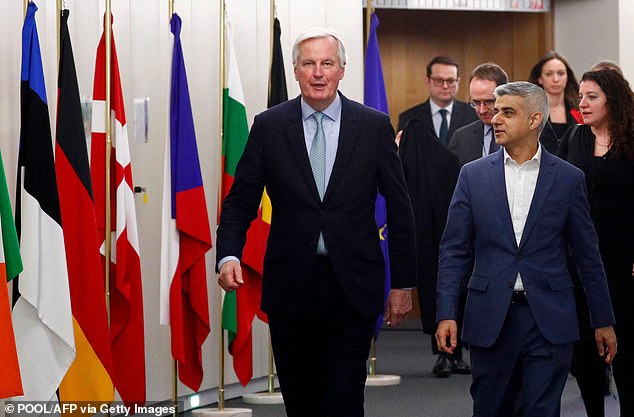 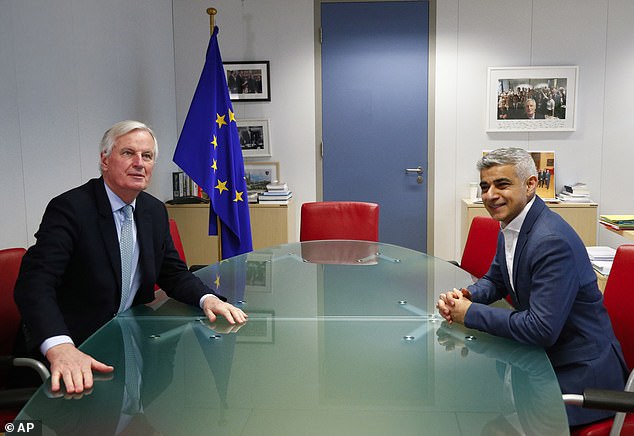 He said: ‘Like so many Londoners, I am heartbroken that we are no longer a member of the European Union, but that doesn’t mean our country’s future can’t be closely linked with the rest of Europe.

‘The Prime Minister says his job is to bring the country together and move us forward and I cannot think of a better way of reconciling the differences between British voters who wanted to leave, and the millions of Londoners and British nationals who still feel and want to be European.

‘There would be support from millions of Londoners and British nationals who are devastated they are losing their rights as EU citizens.

‘As the UK and EU start their next phase of negotiations, I want this issue of associate citizenship to be at the heart of talks about our future relationship.’

Mr Khan met Mr Barnier for talks as well as David Sassoli, the president of the European Parliament.

He also met with Guy Verhofstadt, the former chairman of the European Parliament’s Brexit steering group, who has previously advocated a similar plan.

Mr Verhofstadt is urging Brussels decision makers to be open to the concept of ‘associate citizenship’.

‘The Maastricht Treaty created the concept of “European citizenship” and I am in favour of using this now as a basis for people who want to keep their link with Europe,’ he said.

‘It is the first time in the history of our union that a member state leaves, but it is not because the UK government wanted exit that individual citizens have to lose their connection with the continent.’ 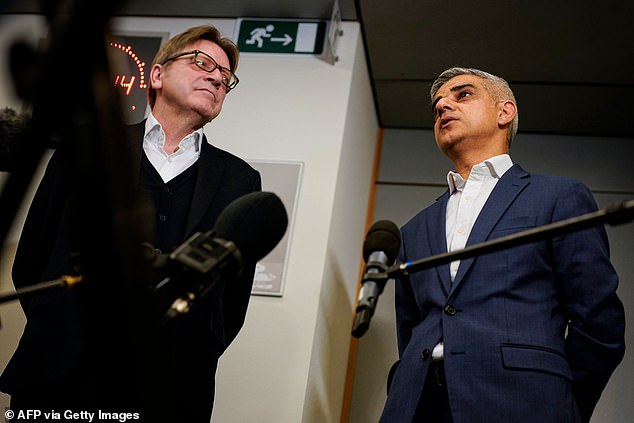 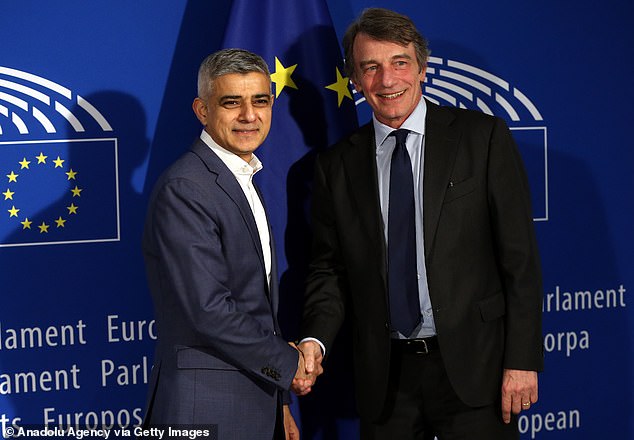 Mr Stewart, who is standing as an independent candidate at the contest in May this year, said ‘associate citizenship’ was ‘only a sound bite’ and the ‘policy cannot work’.

Mr Bailey, the Tory candidate, slammed it as a ‘gimmick’ and told Mr Khan to ‘focus on his actual responsibilities’.

The UK left the EU on January 31 this year and the two sides are now in a standstill transition period lasting until the end of 2020 during which they will try to hammer out the terms of their future relationship.

Freedom of movement will continue to apply to the UK for the duration of the transition period with the UK’s new border control system due to be rolled out in January 2021.