Shocking police bodycam footage has revealed the moment a drunken thug admitted stabbing a pub landlord to death – before he sobered up and denied it.

Lee Abbott, 35, went to the Hammer and Pincers pub in Widnes, Cheshire, armed with a large kitchen knife to attack Christian Thornton, 49, on August 11 last year.

He had been banned from the premises and all others in the area for an entire year after threatening to burn Mr Thornton’s pub down on August 6 2018.

The father-of-three was on the phone to police in a bid to report Abbott again when he was stabbed 11 times in the space of just 21 seconds.

Video from the bodycam of one of the officers who arrested him shows him saying: ‘I attacked that Chris, yeah. It’s all me, it’s all my fault right, yeah. Is he dead? I’ll tell you the truth, I done it yeah.’

But despite Abbott’s confession, he decided to deny murder and forced the victim’s family to endure a harrowing trial.

The father-of-two admitted manslaughter in court, but denied murder on the grounds he was heavily intoxicated and was unable to function normally. He was found guilty yesterday.

This morning, a judge handed him life in prison and ordered him to serve a minimum of 28 years before being eligible for parole. 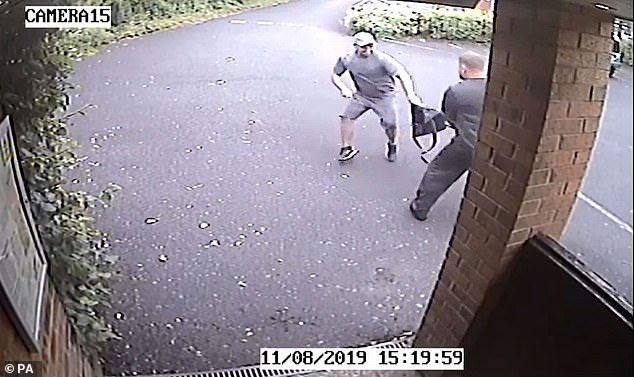 CCTV footage shows Lee Abbott, 35, grappling with Christian Thornton, 49, before he stabbed him to death in a brutal assault at his pub in Widnes, Cheshire in August last year 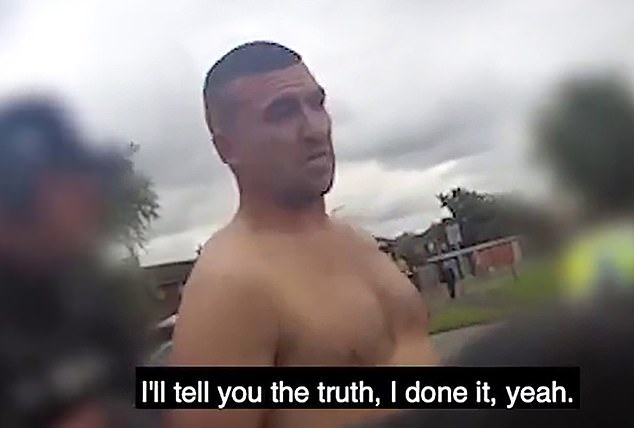 If he is ever released, he will be on licence for the rest of his life, with Judge Cummings telling Abbott at Liverpool Crown Court today: ‘There is no certainty that you will ever be released from prison.’

The video clip from his arrest shows Abbott, who had consumed copious amounts of alcohol and cocaine the night before, saying:  ‘I know exactly what you’re saying, I’ve done it – I’ll admit everything.’

As a dog barks loudly in the background, he confirms his name and adds: ‘I attacked that Chris, yeah. It’s all me, it’s all my fault right, yeah.’

Bare-chested, he adds: ‘I’ll admit everything, I’m not going to deny nothing – that’s the way it is.’

He is then arrested on suspicion of murder and asks: ‘Is he dead? I’ll tell you the truth, I done it yeah.’

As the caution is read, he replies: ‘It’s my fault, yeah, yeah, I understand that, it’s my fault.’

After the clip ends, Abbott continued by saying that the woman whose house he fled to didn’t know anything about what had happened, the court heard.

He then said ‘I’m guilty of everything you say’ before he was told why he was being arrested.

The killer replied: ‘You don’t need any evidence, I stabbed him to f***.’ 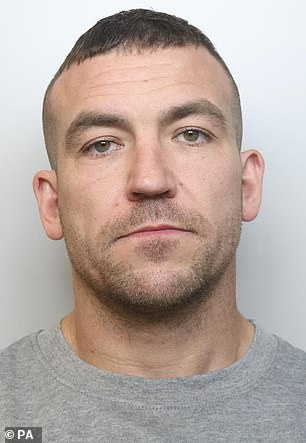 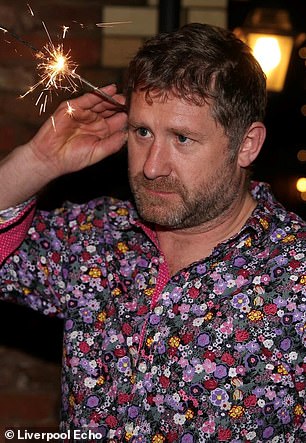 Witness David Johnson told police afterwards: ‘There was no stopping him, he just ran like a mad man.’

Abbott fled after the horrendous attack, which was captured on CCTV.

The 35-year-old former cocaine addict went to a nearby friend’s house, where he washed his bloodstained clothes and hung them on a radiator to dry.

But just over an hour after the killing armed police raided the address and arrested him.

Abbott admitted manslaughter but denied murder on the grounds he did not have the intent to murder as he was heavily intoxicated and had diminished responsibility on the basis of an abnormality of mental functioning.

This meant Mr Thornton’s family had to sit through almost two weeks of harrowing evidence in court.

The jury was told he was sexually abused by a gangster when he was a teenager.

The ex-drug user said he used to think he was Jesus and the attack was ‘a cry for help’ and the culmination of ’20 years of hell’.

But even his own psychiatric expert agreed he was not psychotic at the time and had no defence of ‘diminished responsibility’. 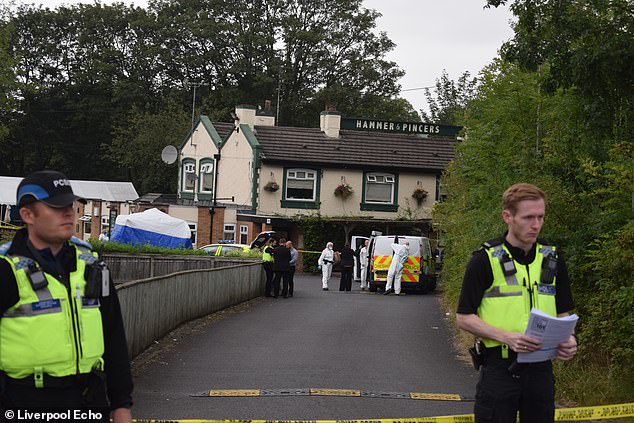 Crime scene: The Hammer and Pincers in Widnes, Cheshire, is pictured surrounded by police in the aftermath of the murder 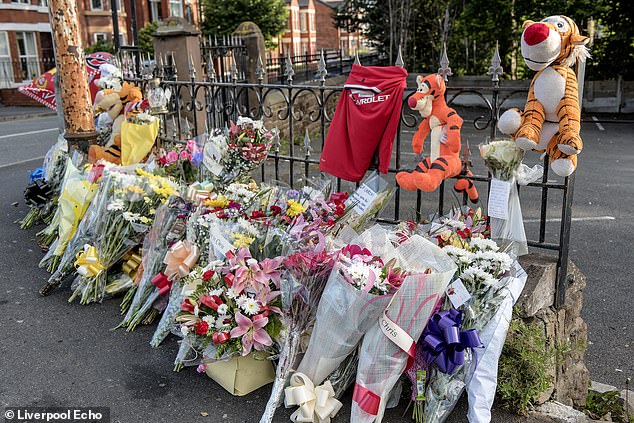 Floral tributes are pictured near the scene dedicated to Mr Thornton

David McLachlan, QC, prosecuting, said he was ‘a master manipulator’ who was ‘simply trying his best to get away with murder.’

In his closing speech, he reminded the jury of when Abbott said ‘I stabbed him to f***’ and asked if it could it be ‘any clearer’.

He later added: ‘We respectfully submit it’s murder pure and simple. He knows full well it is. He admitted it at the scene.’

The victim’s wife, Pamela Thornton, was unable to read her victim impact statement because she was so upset.

Her statement read: ‘I still cannot believe he is no longer here. It breaks my heart knowing I will never see him again. My family has lost a loving husband and father.’

The couple had been together for 24 years and had three children.

Sentencing him today, Judge Cummings said: ‘Personality disorder or not, you were fully responsible for your actions.

‘In layman’s terms, you had messed your own head up by taking drugs. He never stood a chance, you made sure of that.’

Detective Inspector Kate Tomlinson said after the case: ‘Abbott’s actions that day have torn a family apart and rocked the local community.

‘Christian was a well-known character locally, he did so much for local charities and will be greatly missed by many.’ 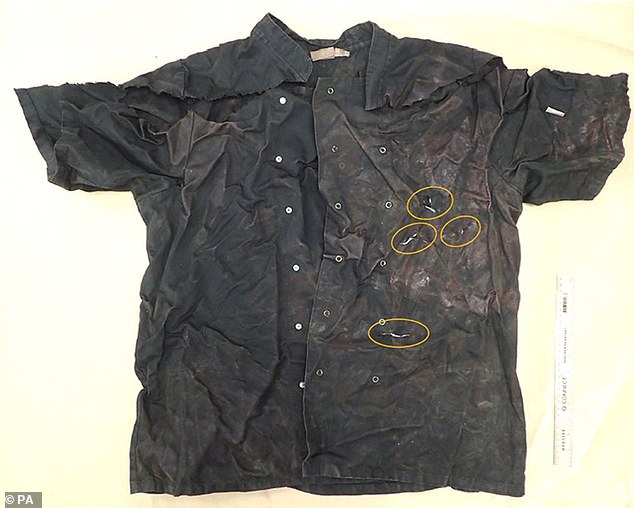