Former aide to Priti Patel ‘who claimed she was being bullied by the minister received £25,000 payout after taking an overdose’

By Jack Elsom For Mailonline

Priti Patel has been hit with fresh bullying claims after it emerged a former aide took an overdose and received a £25,000 payout after accusing her boss of victimisation.

In October 2015, the then employment minister was said to have lashed out at the female staffer in an ‘unprovoked level of aggression’.

The woman was later told by an official she was being sacked because ‘she [Ms Patel] doesn’t like your face,’ according to the BBC.

After the incident, the aide allegedly took an overdose of prescription medicine at her desk and had to be taken home by a colleague.

That night, grievance papers claim she tried to kill herself and spent the night in hospital, the broadcaster reports.

The aide received a £25,000 settlement from the Department for Work and Pensions, the BBC reports, after claiming unfair dismissal, victimisation, harassment and discrimination against her old boss. 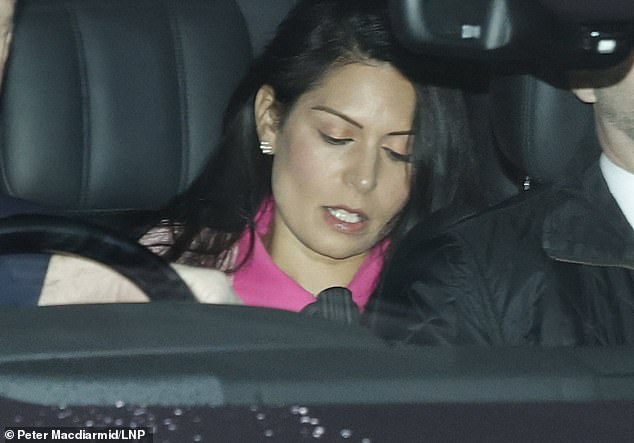 Priti Patel has been hit with fresh bullying claims after it emerged a former aide took an overdose and received a £25,000 payout after accusing her boss of victimisation

It comes amid a current bullying row engulfing Ms Patel after her permanent secretary at the Home Office resigned and accused the cabinet minister of waging a hostile briefing war against him.

The bitter feud spilled out into a full-blown public spat after he claims to have rejected a financial settlement and intends to take the government to court.

Boris Johnson has ordered an inquiry into the bullying storm involving the Home Secretary.

The Prime Minister has asked the Cabinet Office to ‘establish the facts’  around Sir Philip, Michael Gove told MPs this afternoon. 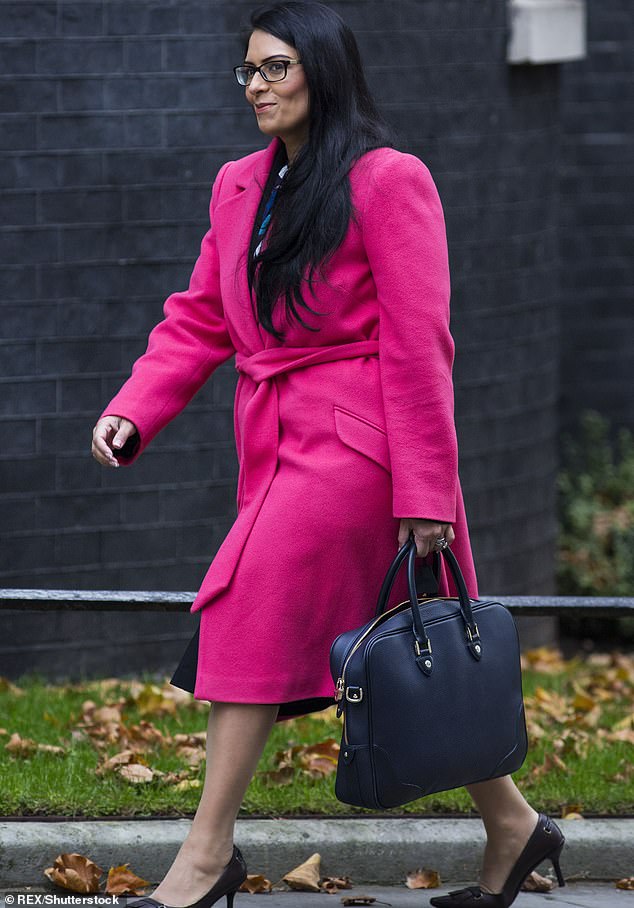 Priti Patel in November 2015, a month after she is alleged to have bullied a former aide at the DWP 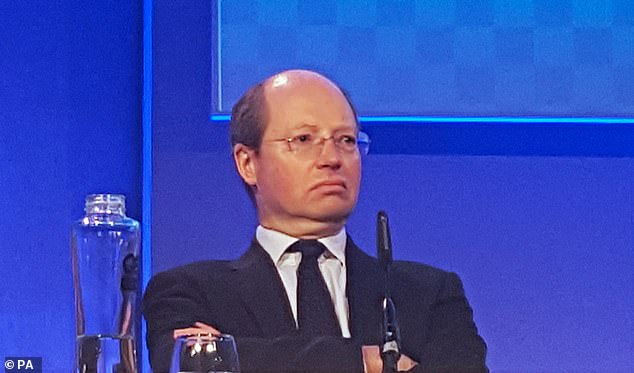 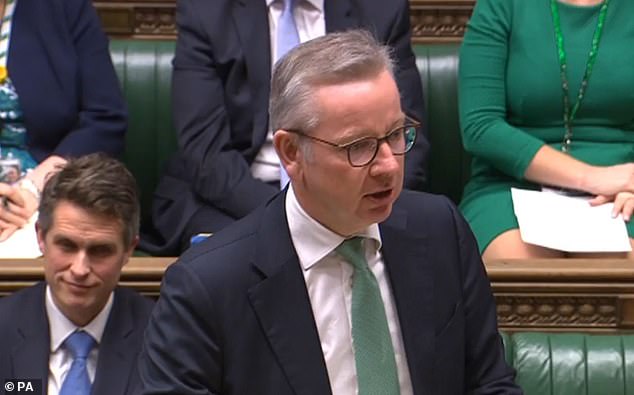 The Prime Minister has asked the Cabinet Office to ‘establish the facts’ around Sir Philip Rutnam’s shock decision to quit and sue the Government, Michael Gove told MPs this afternoon

‘The Prime Minister has expressed his full confidence in her and having worked closely with the Home Secretary over a number of years I have the highest regard for her.

‘She is a superb minister doing a great job.’

Ms Patel became cabinet-level employment minister under David Cameron in 2015 and remained in post until July 2016 when she was promoted to Development Secretary by Theresa May.

The Department for Work and Pensions did not immediately respond to comment.

For confidential support call the Samaritans on 116123 or visit a local Samaritans branch. See www.samaritans.org for details