THE nurses credited by Boris Johnson with saving his life told how treating the PM was “surreal” and said he “absolutely needed to be” in intensive care.

Mr Johnson paid tribute to the hero NHS medics who saved him in an emotional video message recorded after he was discharged from hospital and reunited with pregnant fiancée Carrie Symonds.

Jenny told how she was getting ready for a night shift at the hospital when she first heard.

She told Sky News: “My first reaction was that it was a joke! I thought my friends were playing a joke on me. I wasn’t expecting it…it was totally out of the blue and it was just shock. I couldn’t believe that was what he said on TV.

“Someone texted me saying ‘Jenny from New Zealand’ and I was like ‘wow I think that’s me’.”

Jenny rejected any notion the PM was transferred into the intensive care unit when his symptoms did not warrant it.

She said: “We take it very seriously who comes into intensive care, these patients who come into us it’s a very scary thing for them so we don’t take it lightly and he absolutely needed to be there.”

New Zealander Jenny has been in the UK for eight years. She came here to study then took a post at St Thomas’.

She said: “He [the PM] was interested in where I came from and what my story was and we spent a lot of time together and we talked away about New Zealand.

“I told him I was from Invercargill and he was interested to know about Invercargill. He was just another patient we were trying to do our best for. It was business as usual.

“When I got in the car after work each night and I could hear things about Boris Johnson on the news that was very surreal.

SAVIOURS WITH A LOVE OF TRAVELLING 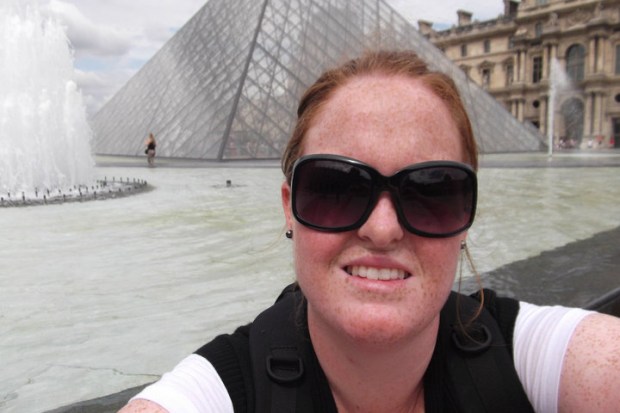 THE two nurses who saved Boris Johnson both came to Britain to work and have a love of travel.

Luis Pitarma and Jenny McGee were singled out for special praise by the PM.

Luis, who was born in Portugal, lives in West London.

He has worked at St Thomas’ Hospital since May 2016, according to his LinkedIn page.

“I of course knew he was a nurse in London, but I had no idea he had been looking after Boris Johnson so this has come as a real surprise for me.”

He visited Belgium in February, just a month before the lockdown. Last year he was pictured in Berlin, Slovakia and Paris.

She has been based in the capital for ten years.

Pictures show she had visited Christmas markets in London, the pyramids in Egypt, New York’s Times Square and the Glastonbury music festival.

She once stripped for a fun photoshoot with pals posing with plants in a greenhouse.

Her brother Rob said: “We are all very proud of Jen, not just in the support she gave Boris, but what she has been doing helping everyday people.

“While she is blown away by Boris’s recognition, she is just really pleased to see the public recognition for the amazing work the NHS is doing — that made her really proud.”

He said she had gone straight back on to the coronavirus front line to help others.

Her parents Caroline and Mike McGee said they were “extremely proud” of their daughter.

Mum, 29, dies of covid days after giving birth without ever holding her baby

Portuguese Luis, who moved to London in 2014, also went straight back to work after Mr Johnson was discharged.

Luis, who revealed he had been inspired by Florence Nightingale, said he was “nervous” after being told he would be caring for the PM, but said his first conversation with his famous patient put him at ease.

He said: “I asked how he would like to be addressed and he said to call him Boris.

“That made me feel less nervous because he took away any formality. He just wanted to be looked after like anyone else.

“Knowing that I was watching over the Prime Minister felt quite strange because I’ve never looked after someone high profile before.

Luis said he chatted with the Prime Minister about his inspiration Florence Nightingale, who established the first professional nursing school in the world at St Thomas’ Hospital in 1860.

He said: “I told him how I’d dreamed about working at St Thomas’ since my first day of training in Portugal in 2009, when I learned about Florence Nightingale and her connection to the hospital.

“He said it was amazing that I wanted to work here for so long and was glad I was there when he needed our care. It was a pleasure to look after him.

“I could tell that he was very thankful and happy to receive messages of support from the outside world, provided by his team. They gave him the strength to fight.”

In the heartfelt video message, Mr Johnson gave a special mention to “Jenny from New Zealand and Luis from Portugal” — saying they stood at his bedside for 48 hours when “it could have gone either way”.

The PM also name-checked “Po Ling and Shannon and Emily and Angel and Connie and Becky and Rachael and Nicky and Ann”.

He said: “The reason in the end my body did start to get enough oxygen was because for every second of the night they were watching and they were thinking and they were caring and making the interventions I needed.”

Mr Johnson is currently staying at Chequers, where Number 10 said he was making “good progress” in his recovery.

CORONAVIRUS CRISIS – STAY IN THE KNOW

Don’t miss the latest news and figures – and essential advice for you and your family.

To receive The Sun’s Coronavirus newsletter in your inbox every tea time, sign up here.
To follow us on Facebook, simply ‘Like’ our Coronavirus page.
Get Britain’s best-selling newspaper delivered to your smartphone or tablet each day – find out more.