Captain Tom Moore has told of fighting in the ‘forgotten’ Allied campaign in Burma during the Second World War and his bittersweet memories of VE Day.

The former British Army Officer, who raised over £32million for the NHS during the pandemic, survived dengue fever, the Japanese and giant spiders in Asia.

In the ITV programme Captain Tom’s War, which is being aired tonight to mark the 75th anniversary of VE Day, the beloved 100-year-old has revealed that he was enthusiastic about being conscripted and enjoyed being in the Army.

While serving in the brutal Burma campaign, known as the ‘Forgotten War’, Captain Tom’s role was to fight on the frontline while riding a motorbike. 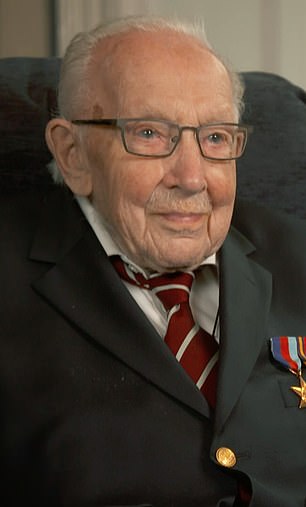 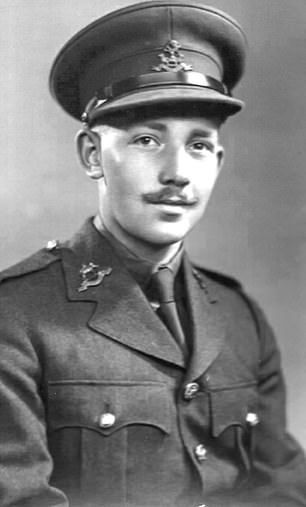 Captain Tom’s involvement in the world war began in 1940, when the then 20-year-old Yorkshireman was conscripted into the Duke of Wellington’s Regiment 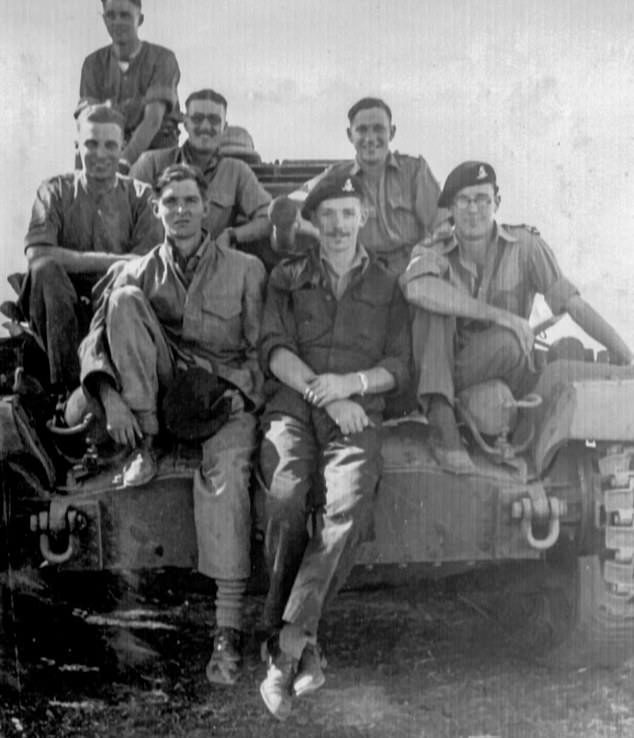 Captain Tom (pictured front centre, sitting on a tank), has also shared memories of watching Vera Lynn perform for the troops, and his bittersweet recollections of VE Day

He has also shared memories of watching Vera Lynn perform for the troops, and his bittersweet recollections of VE Day which took place after he got home.

Captain Tom’s involvement in the world war began in 1940, when the then 20-year-old Yorkshireman was conscripted into the Duke of Wellington’s Regiment.

He was posted to India, then under British control, the following year.

‘Being conscripted didn’t do me any harm at all,’ he says.

‘The reason for conscription was that the country had got desperately short of soldiers.  I didn’t mind at all. I mean at 20 you don’t think too hard about it.

He describes India as ‘an entirely different world to anything I’ve ever been in before’, and says the air conditioning they had was ‘quite necessary’. 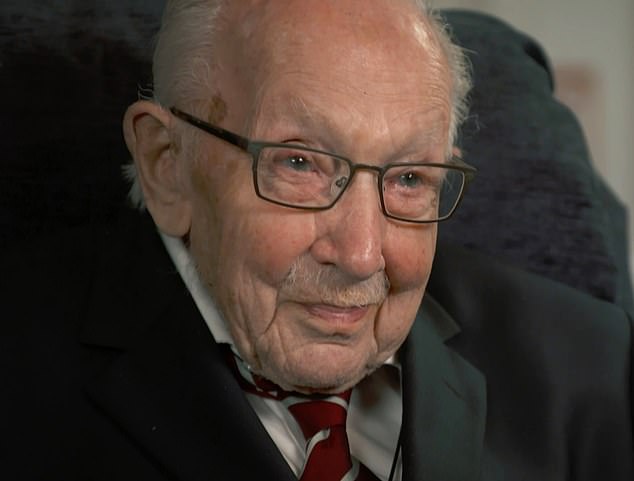 The former British Army Officer, who raised over £32million for the NHS during the pandemic, survived fever, the Japanese and giant spiders during the 1942-45 Burma campaign 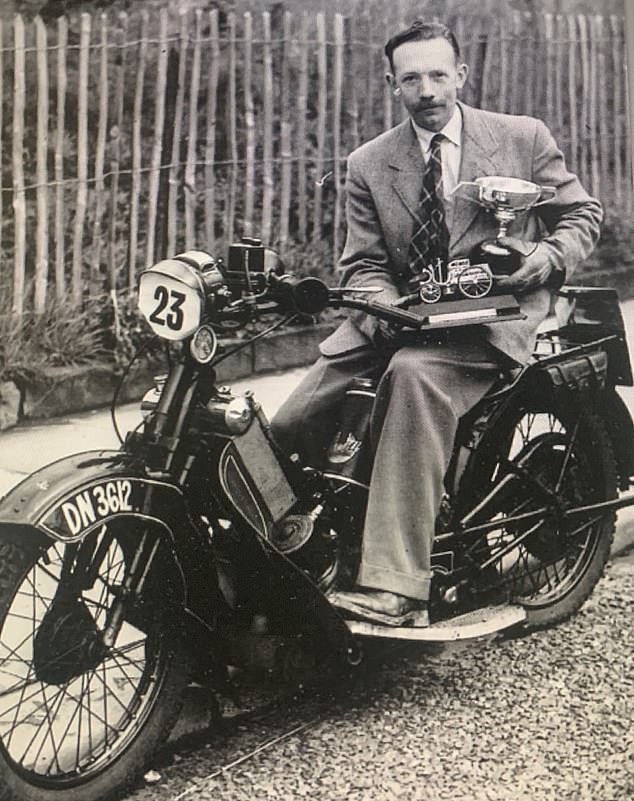 Captain Tom’s role was to ride to the frontline on a motorbike because he was an expert motorcyclist, having bought his first vehicle aged 12 (pictured, sitting with trophies)

‘It did get a bit hot,’ Captain Tom chuckles.

Captain Tom is hoping to draw attention to the Burma campaign, which was part of the South-East Asian theatre of the Second World War.

One million Allied troops from 40 countries attempted to repel Imperial Japan from the then British colony over almost three years, between 1942 and 1945.

Speaking of the Japanese fighters, he recalls: ‘They were quite a formidable force because there were people who didn’t mind if they died’.

He continues: ‘They were awful, they were what we say, were completely without morals. They starved people to death and didn’t care. That was bad.’

Captain Tom’s role was to ride to the frontline on a motorbike because he was an expert motorcyclist, having bought his first vehicle aged 12.

‘During the night, I was at the forefront with the Indian Army, fighting the night Japanese. And then, in the morning, when we thought the Japanese had gone home, my motorcycle came back into the picture,’ he explains. 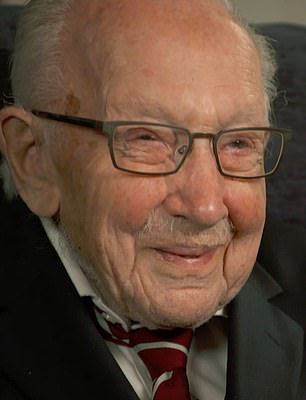 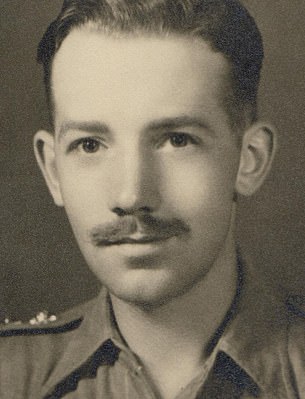 Decorated war hero Captain Tom is hoping to draw attention to the Burma campaign, which was part of the South-East Asian theatre of the Second World War 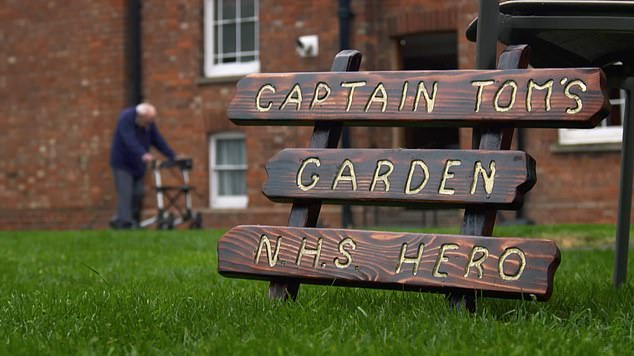 ‘The only way of getting to the front from the tanks was on a motorcycle through several miles of jungle, which fell to me again. I went back to the Regiment and that was a signal that the roads were clear and people came out again.’

Alongside Japanese soldiers, he says he had to battle fever and spiders ‘the palm of your hand’, adding: ‘That takes a little bit of getting used to’.

The ‘Forgotten War’: Burma’s involvement in the Second World War

The Burma campaign was a series of battles fought in the then British colony of Burma, now Mynamar.

It was part of the South-East Asian theatre of the world war, and primarily involved the Allied powers: the British Empire, the US, and China.

They faced Imperial Japan, supported by the Thai Phayap Army and two collaborationist independent movements and armies, the first being the Burma Independence Army.

Puppet states were established in the conquered areas and territories were annexed, while the Allied forces in British India launched several failed offensives before August 1945.

There were four phases: the Japanese conquest of Burma in 1942; failed attempts by the Allies to mount offensives into Burma from 1942 to early 1944; the 1944 Japanese invasion of India, which ultimately failed following the Battles of Imphal and Kohima; and the successful Allied re-occupation of Burma by mid-1945.

The Burma campaign was the only land campaign by the Western Allies in the Pacific Theatre. It was prolonged by seasonal monsoon rains, which allowed effective campaigning for only just half of each year; by famine and disorder in British India; and by the priority given to defeating Germany.

‘This charming young lady appeared. It turned out to be Vera Lynn. And to a lot of men who hadn’t seen girls for a long time, it was quite something,’ he reveals. ‘She did a little song for us, so it really boosted the moral of everybody.

‘All I know is she appeared amongst us with Lord Mountbatten. I thought at the time, these top people get the best jobs!’

Dame Vera told the programme: ‘Burma was a special time for me and one that I will never forget. I was well protected by all the boys and never felt frightened. It was so good to help them feel that they were not so far away from home.’

Captain Tom also shares his memories of VE Day, which happened after he returned to the UK and became a tank instructor. They bring back some bittersweet memories, he says.

‘We stopped instructing for the day and there were certain activities in the bars. A lot of girls and a lot of boys and put those together and you get a good time.

It would be three more months before the Japanese surrendered in August 1945, and the world war against the Axis powers was finally over. A cold war between the USSR – one of the Big Three – and the US and its allies would come to divide the world and dominate the rest of the 20th century. 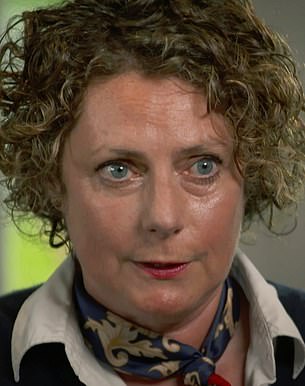 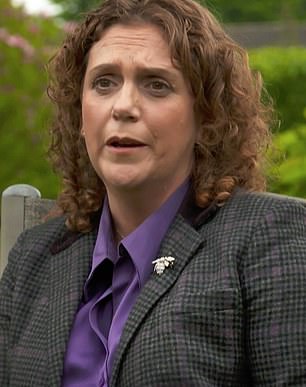 The programme is narrated by actor Sir Kenneth Branagh and features contributions from the 100-year-old’s daughters, Lucy Teixeira (left) and Hannah Ingram (right)

Captain Tom was awarded a Colonel’s rank by the Queen after fundraising for the NHS this year. He is offering words of comfort for Britons stuck at home.

‘The Yorkshireman, his word is his bond. I said I’ll do it and I’ll do it.’

The programme is narrated by actor Sir Kenneth Branagh and features contributions from the 100-year-old’s daughters, Lucy and Hannah.

Captain Tom’s War is on ITV tonight at 8pm.