Tom Brady is among dozens of prominent NFL players who have called for a federal investigation into the death of Ahmaud Arbery, an unarmed black man who was shot while running in Georgia.

State investigators arrested a white former police officer, Gregory McMichael, 64, and his son Travis, 34, on Thursday and charged them with murder and aggravated assault in the February 23 killing in the small coastal town of Brunswick.

Video of the incident surfaced on social media earlier this week and ignited outrage among activists who saw the death of Arbery, 25, as the latest U.S. case of white perpetrators killing a black man and going unpunished.

Three-time Pro Bowl wide receiver Anquan Boldin, who is co-founder of the Players Coalition, wrote an open letter to Attorney General William Barr, asking him to intervene in the case. 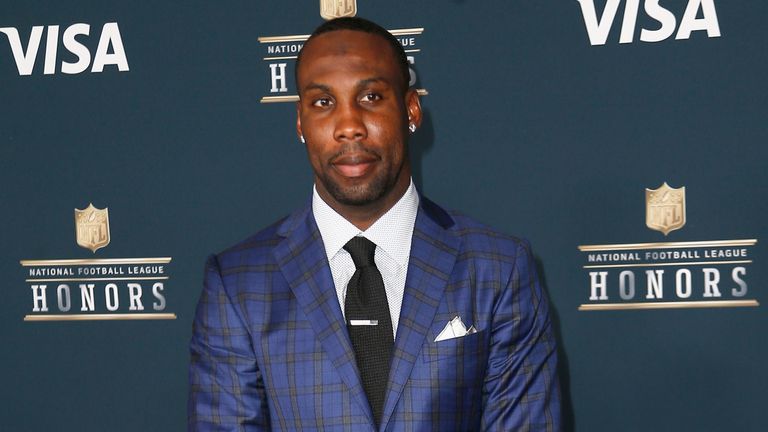 “We have all now seen the video depicting the final moments of this young man’s life and the way in which the McMichaels stalked Mr. Arbery like prey. His only crime: running while black.”

“We have all now seen the video depicting the final moments of this young man’s life and the way in which the McMichaels stalked Mr. Arbery like prey,” Boldin said.

“His only crime: running while black.”

The letter called for the Department of Justice and the FBI to lead the investigation, saying the local police force and jury pool were compromised.

Today should’ve been Ahmaud Arbery’s 26th birthday. Instead, our nation is mourning. Because of the local conflict of interest, @playercoalition, other athletes, and I are urging Attorney General Barr, to have the FBI and the DOJ investigate this tragic death. We need action. pic.twitter.com/2qG8lih6A4

In addition to a large group of NFL players, the letter was signed by NBA coaches Steve Kerr, who is in charge of the Golden State Warriors, and Stan Van Gundy, who coached the Detroit Pistons from 2014 to 2018.

The Players Coalition was founded in 2017 by Boldin and New Orleans Saints safety Malcolm Jenkins to help tackle social injustices and racial disparities in America. It was formed following the dispute between NFL players and owners over the policy of kneeling during the US national anthem, which was started by Colin Kaepernick, in protest at social injustice.

The suspects were not charged until weeks after the killing, and two prosecutors have recused themselves from the case due to their connections with the elder McMichael, who also worked as an investigator for a local district attorney’s office.

If the DOJ turned its back on this “obvious injustice,” the coalition’s letter said, it “will relinquish its role as the champion for the defenceless and send the unmistakable message that the federal government will not protect us from violence, prejudice, and injustice in our communities.”

Among those shocked by the footage from Brunswick – which shows Arbery jogging past the McMichaels’ pickup truck before a shot is fired and then struggling with a man holding a long gun before more shots are heard – were sports legends Los Angeles Lakers forward LeBron James and NBA Hall of Famer Magic Johnson.

“We’re literally hunted EVERYDAY/EVERYTIME we step foot outside the comfort of our homes! Can’t even go for a damn jog man!” James wrote on Twitter on Wednesday.

“Ahmaud and his family and friends should have been celebrating his 26th birthday today,” Johnson tweeted on Friday. “Prayers and thoughts for the Arbery family.”