We MUST not let the militant Left use the coronavirus to get what they want.

All the zealots of tight state control and interference, the self-serving unions and the enthusiasts for taxing us until the pips squeak, see this epidemic as an opportunity.  Their motto is ‘Never let a good crisis go to waste’, and they are as good as their word.

But this country last December elected a Conservative Government headed by Boris Johnson. And while that Government has had to react decisively and with unprecedented measures to the spread of Covid-19, it was most definitely not swept into office by people who wanted a more socialist Britain.

Its election was a rejection, across the broadest possible front, of everything that Jeremy Corbyn stood for. That is why seats which had been held by Labour for a century tumbled into Tory hands. People wanted free enterprise, personal liberty, low taxation, Brexit and good government in general.

They still want these things – though they understand very well that immediate and temporary priorities require that some of them should be laid aside for a short while. The key is that the temporary must not become the permanent. 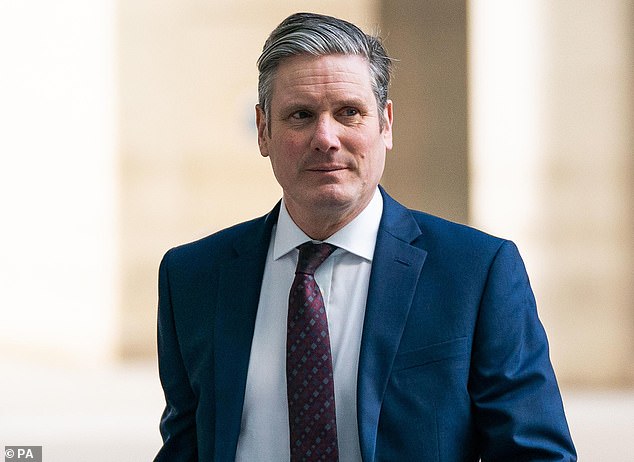 We MUST not let the militant Left use the coronavirus to get what they want, the Mail on Sunday believes (Pictured: Labour leader Sir Keir Starmer)

So Mr Johnson must be careful not to allow the national response to be hijacked and diverted by Corbynites, or by Blairites either. There is a conservative, sensible way of handling this, and it is the one he should follow.

One vital point at which this can be demonstrated is in the battle to reopen the schools. As The Mail on Sunday reports in detail today, any serious person must grasp that it is the underprivileged who are suffering most of all from the closure of our education system.

The independent schools make every effort to find room for pupils from poorer homes, but they cannot possibly substitute for the much larger state system.

Yet while the private schools have made tough, well-organised arrangements to ensure serious disciplined home learning continues, many state schools seem to be failing to do anything effective at all.

One parent of children attending one of the most prestigious state schools in the country found that her youngsters had received only two identifiable lessons, and that supervision and proper homework were virtually non-existent.

If this is happening in the best schools, imagine the position in those less favoured. If there is any serious monitoring of state schooling, there is little sign of it. And remember that in the less well-off homes of Britain, children often have no quiet space in which to work. They do not have laptops readily available, or even the good broadband necessary for serious home learning. 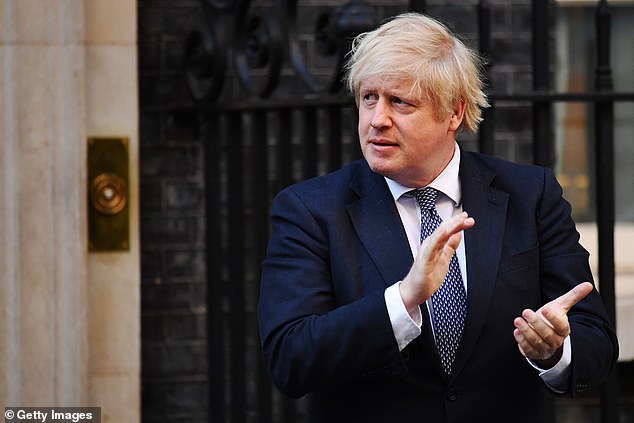 This country last December elected a Conservative Government headed by Boris Johnson (pictured). And while that Government has had to react decisively and with unprecedented measures to the spread of Covid-19, it was most definitely not swept into office by people who wanted a more socialist Britain 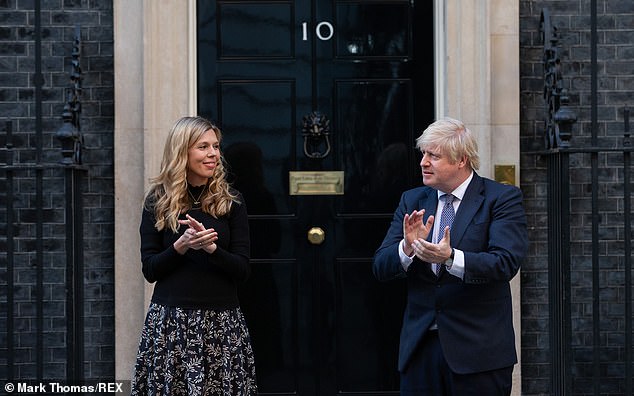 Pictured: Boris Johnson is joined on the doorstep of Number 10 by his fiancee, Carrie Symonds, to clap for carers on Thursday

It is important to stress here that the damage being done is permanent. A Norwegian study has shown that time lost in schooling can seldom be recovered in later life. Every week of formal schooling lost now reduces the affected children’s chances of going to university and lowers their lifetime potential earnings.

Meanwhile, the evidence also suggests that the dangers of coronavirus being passed on by children are tiny, while the dangers to the young are also small.

What person seriously concerned with the welfare of the poor – as the Left claim incessantly to be – cannot see that this is an unanswerable argument for a rapid reopening of the schools?

Yet the main teachers’ body, the National Education Union, which has long been a fortress of the Left, is not budging. And it is backed by the British Medical Association, by Liverpool City Council and by other predictably radical luminaries such as Baroness Chakrabarti.

All of them have lined up to help keep the disadvantaged children they claim to care about away from the schooling they so badly need. If this is the Left’s true attitude to those it claims to represent, no wonder it is increasingly rejected at the polls.

Interestingly, in SNP-run Scotland, where Left-wing ideas dominate and the Tory party is weak, the First Minister Nicola Sturgeon has flatly declared ‘it is not going to be the case that schools are back to normal in any way, shape or form this side of the summer holidays’.

This is one of many ways in which the devolved administrations of the UK have taken the opportunity of the virus crisis to push for more power at the expense of Westminster, or just to defy Downing Street.

Mr Johnson and his Education Secretary Gavin Williamson are absolutely right to fight against this unattractive alliance of dogma and self-interest, and for the freedom of children in England to get the education they need. But it is not only in the schools that radicals have sought to use the crisis for their own ends. 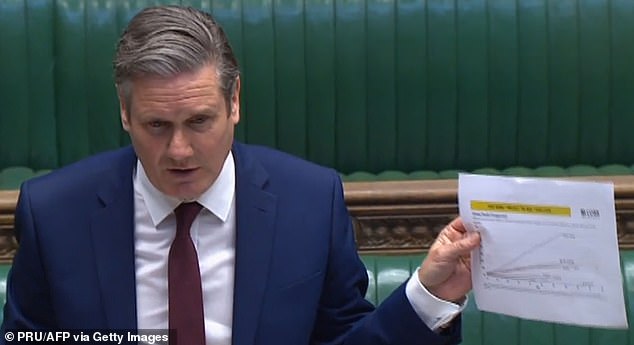 Pictured: Labour leader Sir Keir Starmer holds up a print of a government document detailing coronavirus deaths in the UK and abroad during PMQs last week

London’s Labour Mayor Sadiq Khan has managed to complain about reasonable conditions for a £1.6 billion government bailout for the capital’s transport system. And admirers of green heroine Greta Thunberg see the lockdown as an opportunity to push for impractical anti-car and anti-flying measures, weirdly assuming that the effects of a national emergency can simply be continued when the country goes back to work.

Then there is the BBC, whose role in the crisis has been to take every opportunity to criticise the Government and to heap sycophantic praise on the new Labour leader and former lawyer Sir Keir Starmer. Do they even now not understand that this is not part of their job?

What did BBC News’ political editor, Laura Kuenssberg, think she was doing when she tweeted of a clash between the PM and the Opposition leader that ‘the lawyer’ was ‘beating the showman hands down’? Licence-fee payers do not part with their cash to finance partisan commentary of this kind. What they rightly expect of a BBC political editor is cool, impartial analysis backed by deep knowledge.

Could it be that the exceptional circumstances of the Covid-19 lockdown have caused Ms Kuenssberg and many of her colleagues to forget that the rules still apply? Or do they just think nobody will notice? If so, they badly need to be reminded that the BBC Charter and Agreement remain in place, and firmly require political impartiality from top to bottom.

All these Leftish campaigns must be resisted. But within the Government there is also some fighting to do. There is a danger of being carried away by the sense of urgency, in directions which Conservatives should resist. The extension of the furlough scheme to October announced last week may well have been a step too far in what the country can afford, or in what is wise. The absurd late imposition of quarantine on returning travellers – after weeks of inaction while such a measure might have been some use – could be the last straw for an airline industry which is genuinely on its knees.

In all directions, Boris Johnson needs to seize control of the agenda, not to let the liberal elite hijack the crisis for their own ends, and to ensure that the Britain that emerges from its current problems is, as nearly as it can be, the country which millions voted for last December.