Lily Collins looks back at painful times in her past as she encourages people to open up about their problems amid Mental Health Awareness Week in the U.K.

By Adam S. Levy For Dailymail.com

Lily Collins looked back nearly 14 years in an Instagram post Wednesday as she opened up about dealing with her ‘internal struggles’ over ‘family, with relationships, eating disorders and overall uncertainty’ during Mental Health Awareness Week in the U.K.

The 31-year-old actress shared a shot taken at the Teen Vogue Young Hollywood party in September of 2006, reflecting on what she was going though at the time, and how looks can be deceiving.

‘On the surface, this was a happy, confident girl,’ the Okja actress said, adding that ‘on the inside, [she] was struggling with so much insecurity and doubt within’ herself that ‘felt really difficult to speak out’ about. 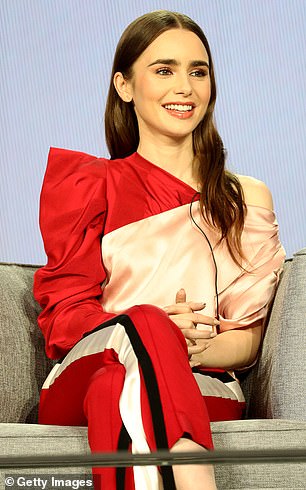 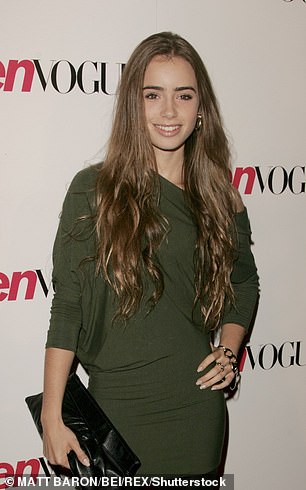 Reflection: Lily Collins, 31, looked back nearly 14 years in an Instagram post Wednesday as she opened up about dealing with her ‘internal struggles’ over ‘family, with relationships, eating disorders and overall uncertainty’ during Mental Health Awareness Week in the U.K.

The British-born beauty said that people should be both willing to speak and listen on the aforementioned topics to encourage better mental health.

‘These are topics that should never be taboo, and we shouldn’t be afraid to speak to each other about them,’ Collins wrote. ‘We’re here to get each other through these moments not judge one another for having them.

‘So if I could remind that younger me of one thing it would be that I’m never alone. We’re never alone.’

The Love, Rosie star, whose father is singer Phil Collins, said people ‘need to lean on good friends and family, focus on the positives, and try our hardest not compare ourselves to others’ in their lives. 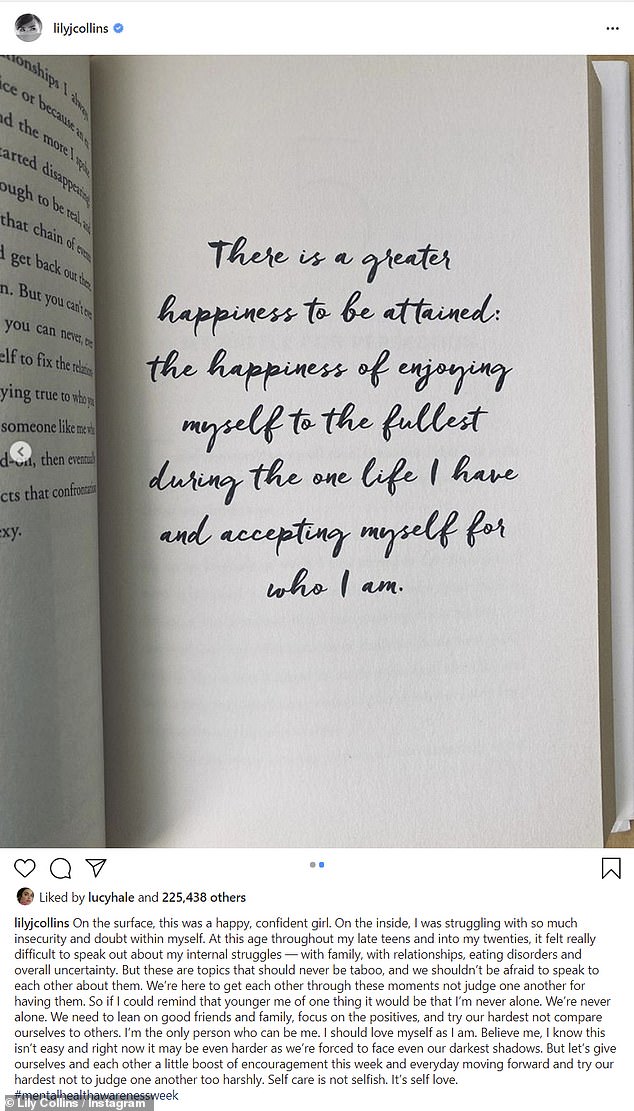 Kindness: The second-generation star had a message encouraging self-acceptance 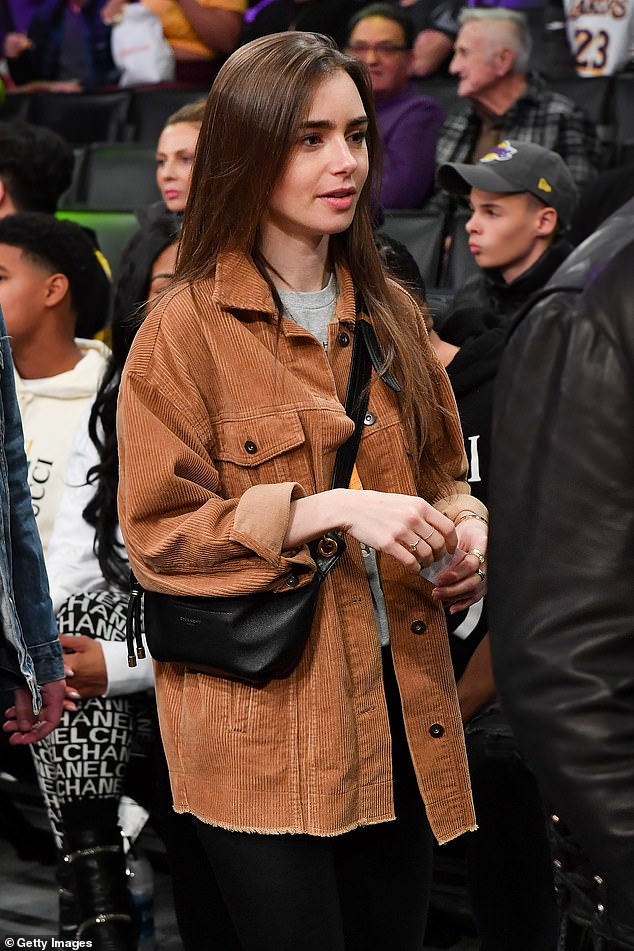 Out and about: Collins was snapped at a Lakers game in LA earlier this year

She noted that people are unique and should be self-accepting, particularly amid the difficult times brought about the coronavirus pandemic and lockdown that sprung from it.

‘Believe me, I know this isn’t easy and right now it may be even harder as we’re forced to face even our darkest shadows,’ said the actress. ‘But let’s give ourselves and each other a little boost of encouragement this week and everyday moving forward and try our hardest not to judge one another too harshly.’

Collins, who’s been dating director, Charlie McDowell, 36, since last summer, wrapped up in saying: ‘Self care is not selfish. It’s self love.’