Britain abandoned test and trace for coronavirus earlier this year because officials could only handle FIVE cases per week, SAGE documents show

By William Cole For Mailonline

Britain abandoned test and tracing for the coronavirus earlier in the pandemic because the system could only cope with five cases a week, it has emerged.

Official documents from the Government’s Sage advisory committee reveal that the routine testing and tracing of contacts of people with the virus was stopped because Public Health England was facing a desperate shortage of capacity.

Since the first Covid-19 cases were confirmed in York on January 31, 272,826 people in the UK have since tested positive for the virus.

This week the Government launched the NHS England’s Test and Trace programme, with 25,000 contact tracing staff and the capacity to trace the 10,000 contacts per day. 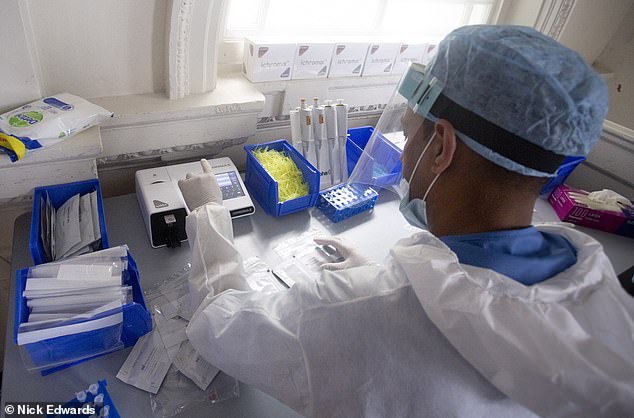 Britain abandoned test and tracing for the coronavirus earlier in the pandemic because the system could only cope with five cases a week, it has emerged 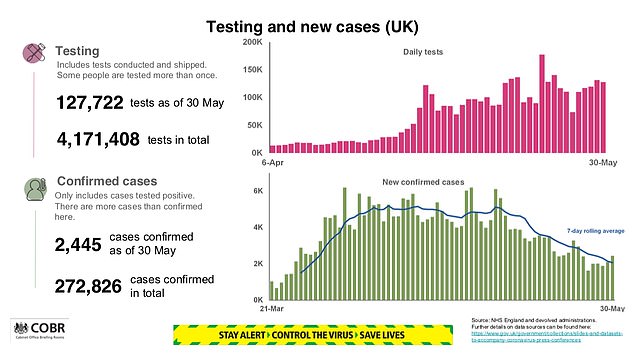 The decision to scrap routine testing for those displaying symptoms 12 weeks ago is now being seen as a major factor for how the UK has the fifth-highest total number of infections.

Sage documents show how, in a meeting on February 18, advisors said that Public Health England (PHE) could only manage the contacts of five Covid cases a week, hoping to possibly increase this to 50 people.

Minutes from the meeting say: ‘Currently PHE can cope with five new cases a week (requiring isolation of 800 contacts).

February 18 – Advisors warn that Public Health England can only cope with testing and tracing contacts of five cases a week.

March 12 – Routine testing ended in the UK as Boris Johnson says anyone with symptoms should ‘stay at home’ for a week. 421 new cases a day.

April 30 – Government fail to reach their target of testing 100,000 people per day, although tests carried out does surpass the milestone.

May 5 – Sir Patrick Vallance, the chief scientific advisor, admits that testing was not ramped up quickly enough.

May 28 – The NHS Test and Trace service was launched in England, capable of tracing 10,000 contacts per day.

‘Modelling suggests this capacity could be increased to 50 new cases a week (8000 contact isolations) but this assumption needs to be stress tested with PHE operational colleagues.’

It added: ‘When there is a sustained transmission in the UK, contact tracing will no longer be useful.’

The officials are then believed to have agreed to stop testing, despite the possibly it would ‘generate a public reaction’, according to The Telegraph.

The documents relate to 34 different meetings held by health experts and officials between January 22 and May 7.

Testing as a routine practice came to an end on March 12, when Boris Johnson said that anyone with coronavirus symptoms should ‘stay at home’ for a week.

The number of cases spiralled rapidly out of control, threatening to overwhelm the NHS. 11 days later, the Government announced the nationwide lockdown alongside its ‘Stay at home, protect the NHS, save lives’ message.

Without hope of a vaccine for months, ministers were forced to bring back testing in a phased approach, starting with frontline NHS workers before moving to other key worker groups.

Health Secretary Matt Hancock announced a ‘5-pillar plan’ to scale up testing on April 2 to bring the spread of infection back under control so that a test and trace programme could then be implemented.

The plans included swab tests for those in hospital as well as critical care workers, and famously a target to reach 100,000 people tested each day by April 30, which was not met.

England is now recording around 8,000 new cases of COVID-19 a day, with the R-rate showing a slow decline in the number of cases each day. 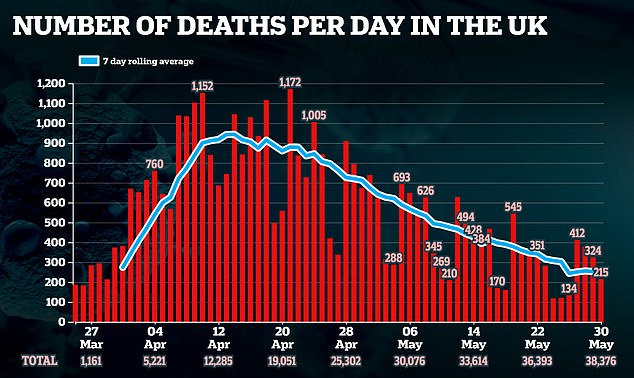 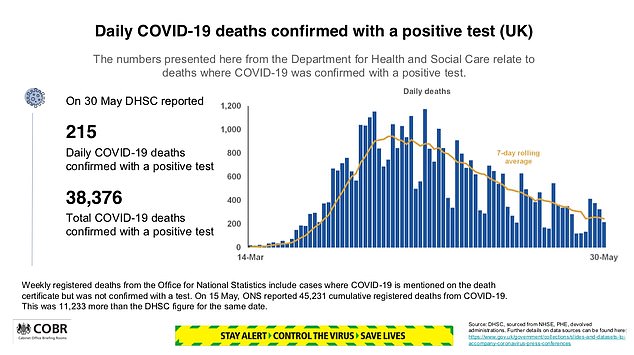 The NHS Test and Trace service went live on May 28, in England, with 25,000 contact tracing staff and the capacity to trace the 10,000 contacts per day.

Announcing the new service Matt Hancock said: “As we move to the next stage of our fight against coronavirus, we will be able to replace national lockdowns with individual isolation and, if necessary, local action where there are outbreaks.

“This new system will help us keep this virus under control while carefully and safely lifting the lockdown nationally.”

The Government did not launch a contact tracing system until now because it needed to flatten the curve of infections first, Mr Hancock said, during Wednesday’s Downing Street briefing.