By Ed Chatterton For Mailonline

This is the shocking moment a gang of thugs brawled with each other in front of horrified families at a Midlands beauty spot.

Violence erupted in Birmingham‘s Cannon Hill Park on Monday after a group of yobs clashed.

Sickening footage shows several men surrounding another man, and repeatedly punching, kicking and stamping on him as he lies on the floor. 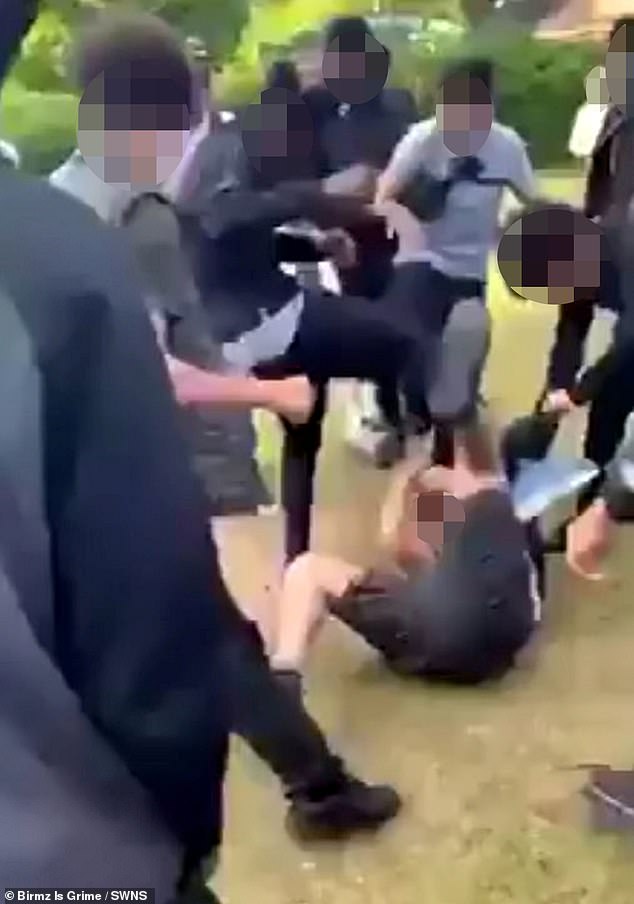 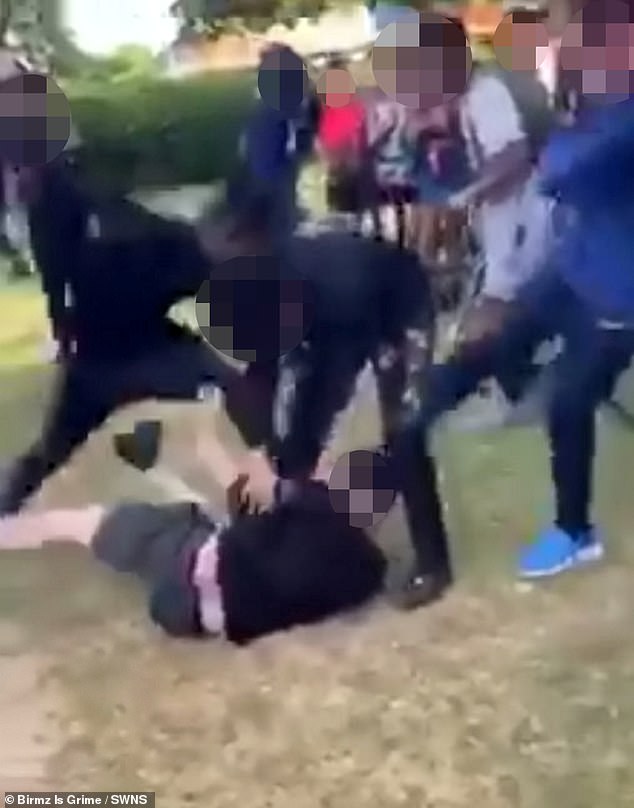 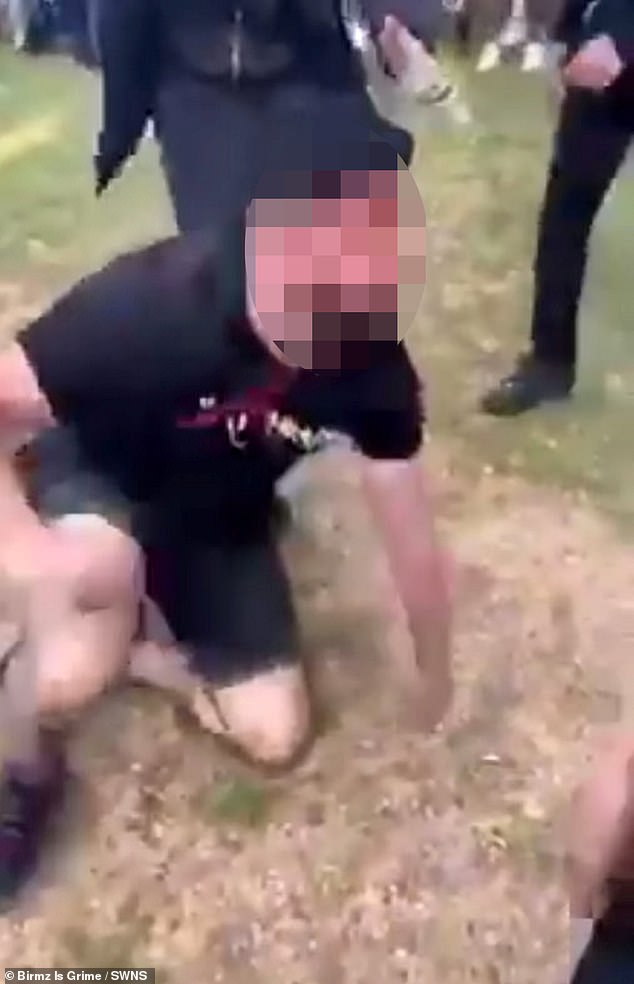 Onlookers can be heard screaming in horror as other men then viciously clash near the picturesque park’s bandstand like a ‘feral pack of animals’.

Officers rushed to the scene after concerned members of the public called police and recovered two black flick knives after the group dispersed.

One witness, who did not want to be named, said: ‘There were hundreds of people in the park as it was a lovely day. A lot of families with kids were about and it couldn’t have been nice to witness this.

‘It was all a bit chaotic but fights then started breaking out all over the place. They were like a feral pack of animals.’ 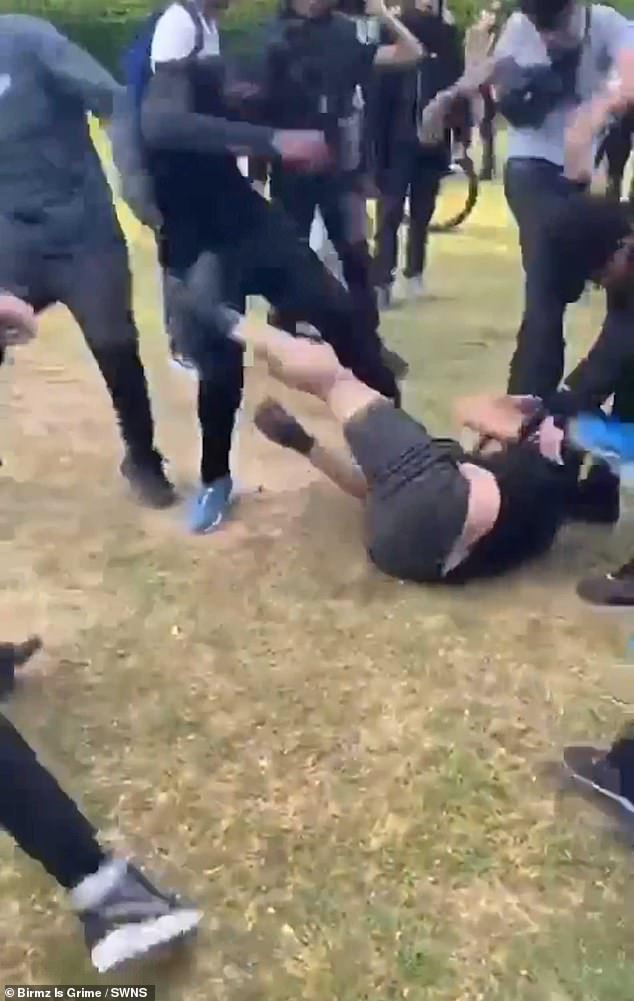 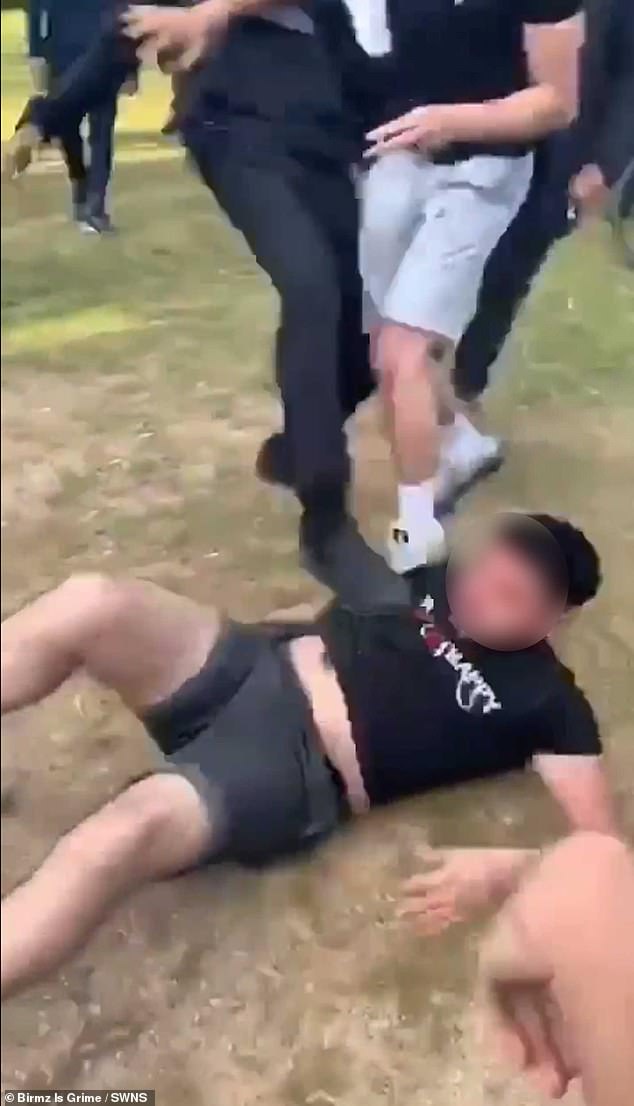 West Midlands Police’s Ops Support Unit took to social media to share images of the fearsome blades that were recovered after they attended the scene.

They tweeted: ‘After disorder in cannon hill park and various reports of issues, U3b attended in support of our neighbourhood colleagues, conducted a weapons sweep of the area and recovered these.’

The dramatic footage was obtained by the Facebook page Birmz Is Grime, where it has since been viewed thousands of times. 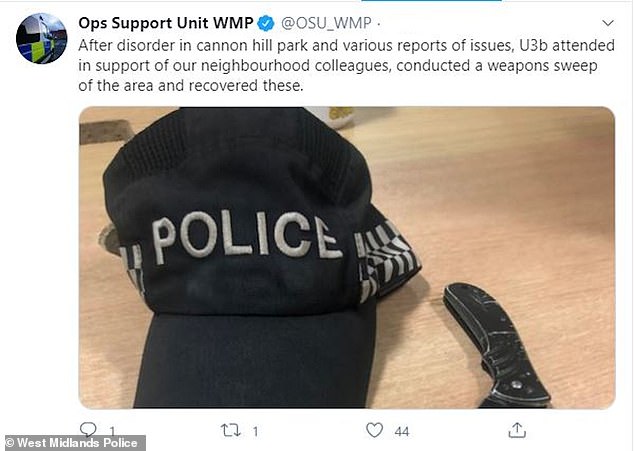 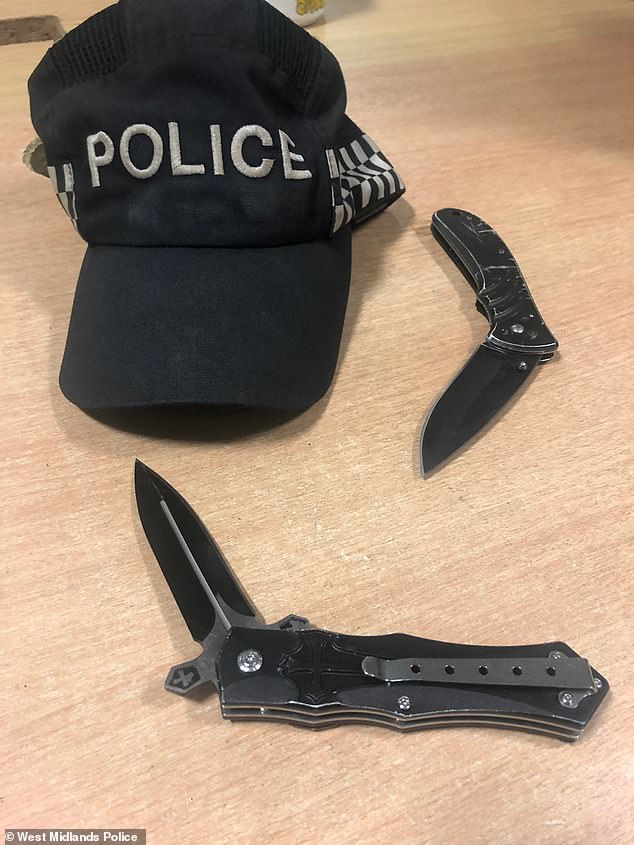 The image showed two flick knives, which were found at the park, after the alarm was raised

Nobody is believed to have been seriously injured during the violence and police said they would be patrolling the area while enquiries into the disorder continue.

A West Midlands Police spokesperson said: ‘We were called to reports of a disorder between a large group of people in Cannon Hill Park at around 7.30pm on Monday June 1.

‘Officers attended and on searching the area discovered two knives.

‘Police will be patrolling the area while investigations continue to establish what has happened.

‘Anyone with any information is asked to contact us via Live Chat at www.west-midlands.police.uk between 8am and midnight or call 101 anytime.