Two of Britain’s biggest businesses will donate to projects benefiting ethnic minorities after an academic database highlighted their roles in slavery.

Global insurance firm Lloyd’s of London and pub chain Greene King both said they would pay after historical links to slavery were pointed out in a University College London index, reported the Daily Telegraph.

Greene King was founded in 1799 by Benjamin Greene – who was one of 47,000 people who benefited from a policy of compensating slave owners when Britain abolished slavery in 1833.

He received the equivalent of £500,000 in today’s money after giving up his claim to three West Indies plantations.

The UCL database also revealed that founder subscriber member of Lloyd’s of London, Simon Fraser, gave up an estate in Dominica for the equivalent of £400,000 in today’s currency. 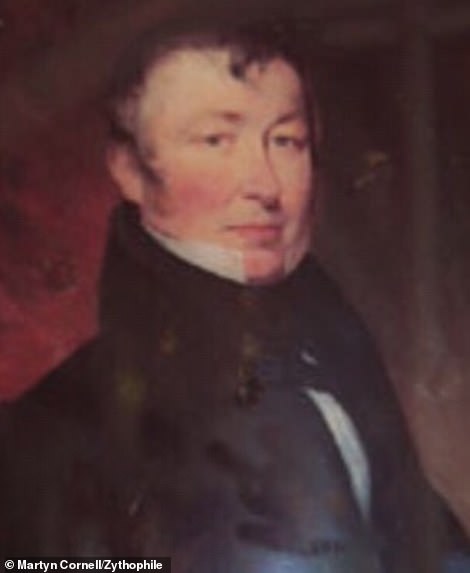 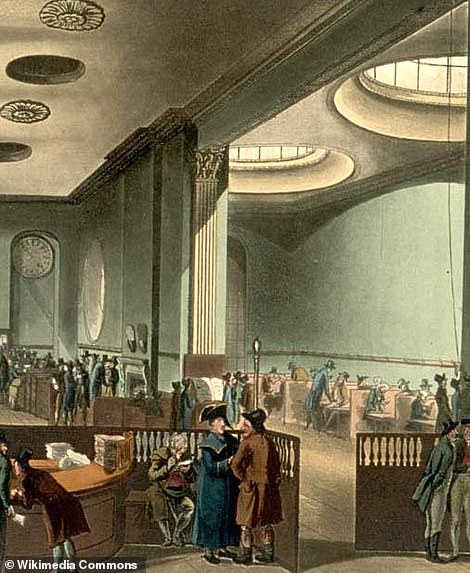 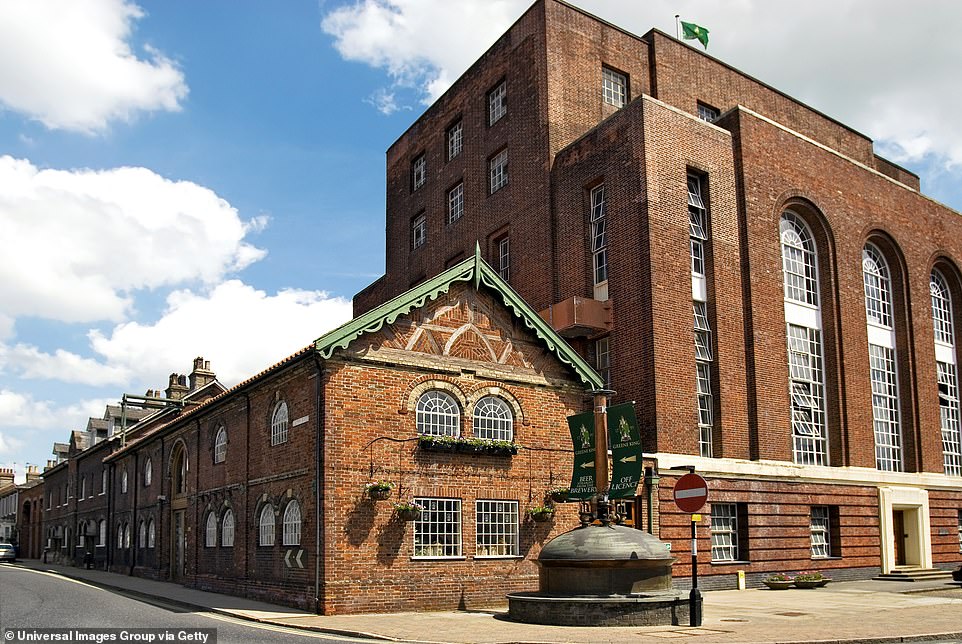 Greene King HQ Abbot House in Bury St Edmunds, Suffolk. Greene King was founded in 1799 by Benjamin Greene, who was one of 47,000 people who benefited from a policy of compensating slave owners when Britain abolished slavery in 1833 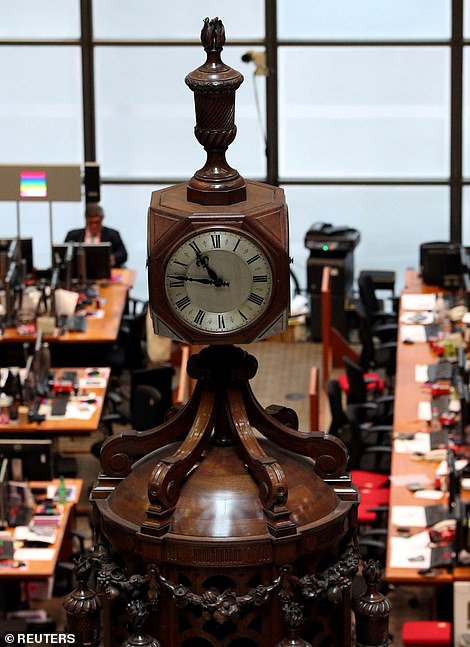 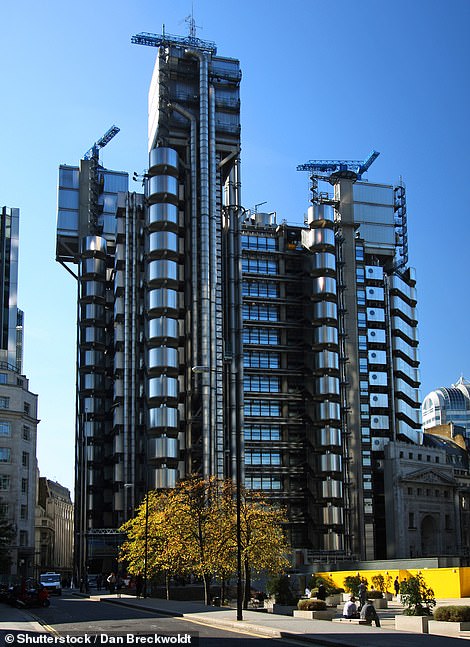 The University College London database revealed that founder subscriber member of Lloyd’s of London (pictured), Simon Fraser, gave up an estate in Dominica for the equivalent of £400,000 in today’s currency

A spokesman apologised for the role the company played by the Lloyd’s market in the 18th and 19th Century slave trades, adding that it was an ‘appalling and shameful period of English history, as well as our own’.

They committed to giving financial support to ‘charities and organisations promoting opportunity and inclusion for Black and Minority Ethnic groups’.

What are slave reparations and who is in favour of them?

Those in favour of slavery reparations argue that financial compensation should be made to the descendants of slaves for past injustices and continuing inequality.

African-American lawyer and activist Randall Robinson stated in 1999 that America’s history of race riots, lynching, and institutional discrimination have ‘resulted in $1.4 trillion in losses for African Americans’.

In the US, only one major bill demanding slavery reparations has been proposed.

Former Democratic Representative John Conyers Jr. unsuccessfully proposed the ‘Commission to Study Reparation Proposals for African Americans Act’ every year from 1989 until his resignation in 2017.

His bill recommends that a special commission be formed to investigate the ‘impact of slavery on the social, political and economic life of our nation’.

In 2019, a AP-NORC Center for Public Affairs Research Poll found that 29 per cent of Americans say the government should pay cash reparations, and there was divided opinion among people of different ethnic backgrounds.

In the UK, the Slave Compensation Act of 1837 saw substantial money paid by the government to former slave owners, but nothing to the newly liberated people.

In 2004, the British government refused a demand from a coalition of the Rastafari movement and the Berber Moors to pay 72.5 billion pounds to resettle 500,000 Jamaican Rastafarians in Africa. The UK government justified its decision by saying it could not be held accountable for wrongs in past centuries.

In 2006, then-Prime Minister Tony Blair made an apology for Britain’s role in the African slavery trade, but it was denounced by African rights activists as ’empty rhetoric’.

In 2007, the then-Mayor of London Ken Livingstone pointed to the city’s financial district as he apologised for London’s role in the slave trade, saying: ‘You can look across there to see the institutions that still have the benefit of the wealth they created from slavery.’

Lloyd’s added that they would review ‘organisational artefacts’ to make sure they are ‘explicitly non-racist’.

Greene King’s chief executive Nick Mackenzie said the company would update its website – which does not mention its historical ties to slavery – and apologised for the company’s role in the evil and inhumane practice.

He said: ‘It is inexcusable that one of our founders profited from slavery and argued against its abolition in the 1800s. We don’t have all the answers, so that is why we are taking time to listen and learn from all the voices, including our team members and charity partners as we strengthen our diversity and inclusion work.’

Mr Mackenzie said Greene King would make a ‘substantial investment to benefit the Black, Asian and Minority Ethnic community and support our race diversity in the business as we increase our focus on targeted work in this area.’

The UCL database highlighted nine British businesses that directly or indirectly benefited from the decision to compensate slave owners.

Royal Bank of Scotland, Barclays Bank and HSBC were included in a number found to have benefited from the payments.

In 2009 RBS admitted that people who had been partners or directors of Royal Bank of Scotland Group predecessors ‘may have owned slaves themselves’ or had otherwise been connected to slave practices in the British West Indies.

The revelations come after the UN’s human rights chief urged countries to confront the legacy of slavery and colonialism and make amends for ‘centuries of violence and discrimination’ through reparations.

Addressing an urgent debate on racism and police brutality at the UN Human Rights Council in Geneva, Michelle Bachelet called on countries to examine their pasts and to strive to better understand the scope of continuing ‘systemic discrimination’.

She pointed to the ‘gratuitous brutality’ on display in the killing of George Floyd, 46, who died in Minneapolis on May 25 after a police officer kneeled on his neck for nearly nine minutes.

This symbol of ‘systemic racism… has become emblematic of the excessive use of disproportionate force by law enforcement, against people of African descent, against people of colour, and against indigenous peoples and racial and ethnic minorities in many countries across the globe,’ she said.

‘Behind today’s racial violence, systemic racism and discriminatory policing lies the failure to acknowledge and confront the legacy of the slave trade and colonialism,’ she said.

She stressed the need to ‘make amends for centuries of violence and discrimination, including through formal apologies, truth-telling processes, and reparations in various forms.’

Yesterday’s urgent council debate was called in response to Mr Floyd’s killing. His death was caught on amateur video, sparking worldwide demands to address systemic racism in the US and around the world.

African countries are calling for the council to ask Bachelet and other UN rights experts to investigate racism and policy brutality in the US, but potential support for their draft resolution is unclear.

Those in favour of slavery reparations argue that financial compensation should be made to the descendants of slaves for past injustices and continuing inequality, although this concept remains only hypothetical.

The most prominent demands for reparations have been made in the US and Britain.