By Daniel Martin Policy Editor For The Daily Mail

Rebecca Long-Bailey has accused Sir Keir Starmer of plunging Labour into an ‘avoidable mess’ by sacking her.

The Labour leader told his hard-Left former leadership rival to resign on Thursday after she shared an online interview containing an anti-Semitic conspiracy theory.

Last night, the former frontbencher claimed Sir Keir made up his mind to dismiss her too quickly and did not give her a chance to correct her mistake. 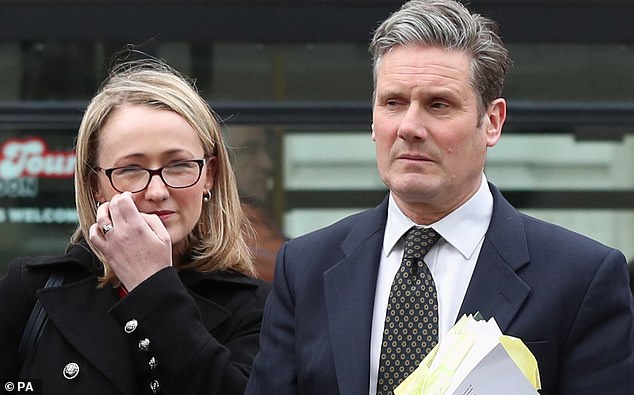 Writing in The Guardian, Mrs Long-Bailey said she had a ‘quick read’ of the offending article by actress Maxine Peake before sharing it on Twitter.

She said her ‘heart sank’ when she learned of concerns over a passage in which the actress said the US police had learned the tactics that killed George Floyd from the Israeli secret services.

The Leader of the Opposition’s office asked her to delete the original tweet – but when she did not do so, she was sacked.

Mrs Long-Bailey wrote: ‘When he did call me, he had made his decision.

‘It was a mess, and an avoidable one. Of course I take responsibility for my own actions. 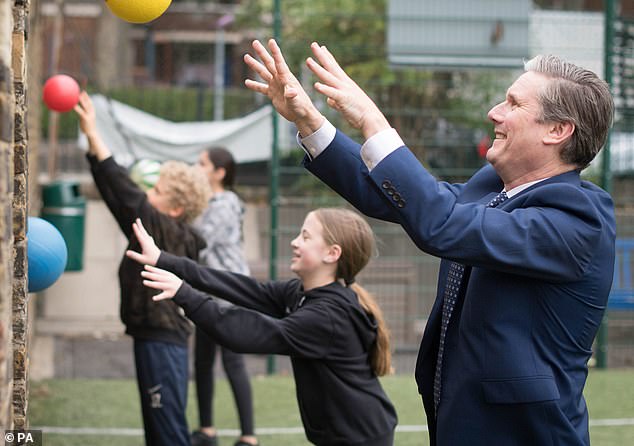 ‘Would I have retweeted the article knowing some of its contents would cause hurt? No of course not.’

Sir Keir told Sky News he stands by his decision to sack Mrs Long-Bailey from her role as shadow education secretary last week.

She has since been replaced by Kate Green, the MP for Stretford and Urmston.

Sir Keir said: ‘When I took over as leader of the Labour party, I said I would root out anti-Semitism, and I’ve been judged by my actions, not by my words. I took the decision I did on Thursday and it was the right decision.

‘I won’t go through the ins and outs of the discussions… but it’s well known that she was asked to delete the tweet – that didn’t happen, and I took the action that I did.’ Mrs Long-Bailey’s article came just hours after another Corbynite official quit Labour HQ. 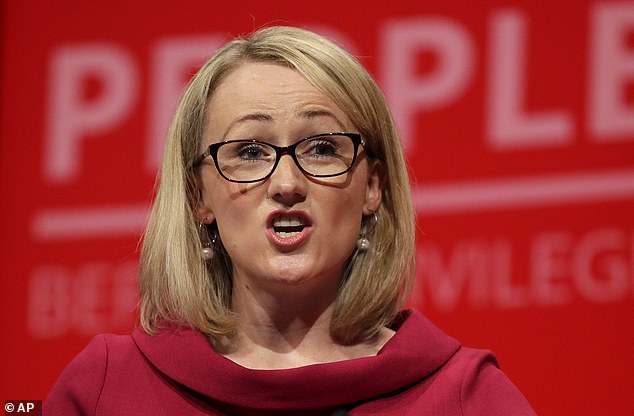 He had been widely criticised over the controversial call not to suspend a party member who posted an image of a Star of David-marked monster smothering the Statue of Liberty – saying it was not anti-Semitic.

And yesterday, Sir Keir said it was ‘absolutely right’ that one of his frontbenchers, Lloyd Russell-Moyle, apologised after he accused JK Rowling of using the past sexual abuse she had suffered as a justification for discriminating against transgender people.

He added: ‘We ought to have a cross-party consensus… to see whether it can be developed. What concerns me here is the whole issue has become a political football, there must be a space for a mature discussion about how we improve the rights of the trans community.’

Sir Keir added: ‘I focus on the fact that last December the Labour Party lost very badly in a general election, and that’s our starting point.

‘I’ve got a mountain to climb to get our party from where it is to where it needs to be to win the next general election, and I’m sweating blood on that.’

Now Sir Keir Starmer may challenge Boris Johnson to a far more physical battle – a race to do 50 press-ups.

It came after Mr Johnson, 56, was photographed for an interview in the Mail on Sunday, doing press-ups to prove he was fit after being taken to hospital with coronavirus in April.

Sir Keir was asked yesterday whether he could complete more than one of the exercise.

The 57-year-old jokingly told ITV’s Good Morning Britain: ‘I can. I was thinking at PMQs this week maybe question one should be first to 50.’ 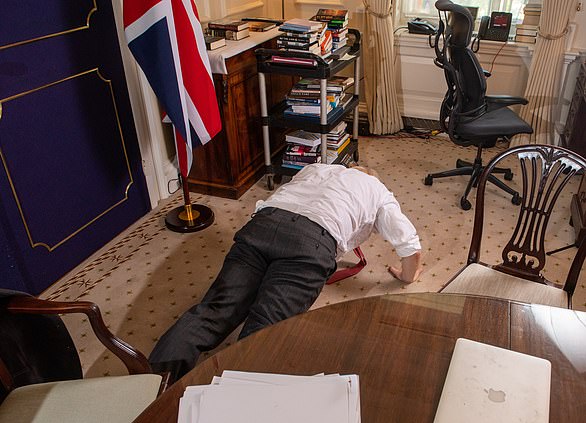 It came after Mr Johnson, 56, was photographed for an interview in the Mail on Sunday, doing press-ups to prove he was fit after being taken to hospital with coronavirus in April