A group of United Nations experts has said the “reprehensible” government-backed race report attempts to “normalise white supremacy” and could “fuel racism” in the UK.

The UN Working Group of Experts on People of African Descent “strongly rejected” the “stunning” report, arguing it “repackages racist tropes and stereotypes into fact, twists data and misapplies statistics”.

They said the report’s central claim that institutional racism does not exist in the UK “ignores the pervasive role that the social construction of race was designed to play in society, particularly in normalising atrocity, in which the British state and institutions played a significant role”.

They urged Boris Johnson, who controversially put his policy chief Munira Mirza in charge of forming the commission on race disparities, to “categorically reject” its findings.

“The report cites dubious evidence to make claims that rationalise white supremacy by using the familiar arguments that have always justified racial hierarchy,” the group wrote.

“This attempt to normalise white supremacy despite considerable research and evidence of institutional racism is an unfortunate sidestepping of the opportunity to acknowledge the atrocities of the past and the contributions of all in order to move forward.”

The experts said that people of African descent continue to experience “poor economic, social, and health outcomes at vastly disproportionate rates in the UK”.

Past reports from international human rights experts, including the UN special rapporteur on racism, have highlighted the “damaging impact of institutional racism and deep-rooted inequities in areas such as health, education, employment, housing, stop-and-search practices, and the criminal justice system in the UK,” the experts said. 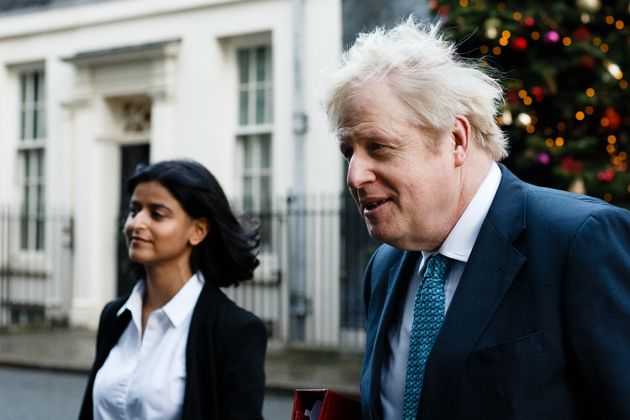 They also rejected the “tone deaf” suggestion that family influence was a more central feature of the Black experience in the UK than racism.

And they accused the report of attempting to “sanitise the history” of slavery, after it argued that the trade was “not just about profit and suffering”.

The experts said: “This is a reprehensible, although not unfamiliar, tactic, employed by many whose wealth came directly from the enslavement of others, ever since slavery was outlawed.

“Seeking to silence the brutal role of enslavers, the mind-numbing generational wealth they accrued, and the social capital and political influence they gained from exploiting Black bodies is a deliberate attempt at historical misrepresentation.”

They concluded: “We urge the government to ensure the accurate reflection of historical facts as they relate to past tragedies and atrocities, in particular slavery, the trade in enslaved Africans and colonialism.

“The distortion and falsification of these historic facts may license further racism, the promotion of negative racial stereotypes, and racial discrimination.”

Responding, the PM’s official spokesperson claimed: “This report misrepresents the findings [of the race report].

“We remain proud of the UK’s long history as a human rights champion and we encourage everyone to read the original report in full.”

Asked about the UN experts’ claim the race report could “normalise white supremacy”, the spokesperson replied: “Absolutely not.

“This report in no way condones racist behaviour and in fact it highlights that racism and inequality are still problems for our country.”

Earlier this month, the prime minister tried to distance himself from the controversial commission as his most senior Black adviser, Samuel Kasumu, quit the government.

Johnson stressed: “I don’t say the government is going to agree with absolutely everything in [the report].”