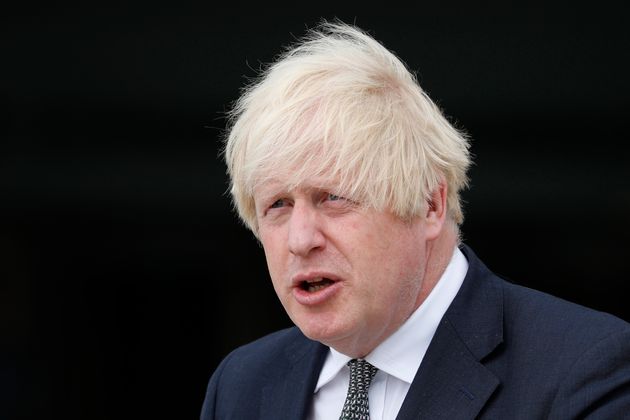 Boris Johnson has defended planned cuts to Universal Credit by suggesting claimants should rely on their own “efforts” rather than accept “welfare”.

The prime minister shrugged off a growing Tory rebellion over the removal of the £1,000-a-year top-up to the benefit, which was introduced to cushion the impact of the Covid pandemic on low-income families.

Everyone on Universal Credit and Working Tax Credit will see the uplift axed on October 6 and a new report warned that households in more than 50 Tory marginals won in 2019 would be among those hardest hit.

But Johnson made a robust defence of the benefit cut plans, declaring that it was better for people to get more money by working harder than by relying on income that came from other taxpayers.

“My strong preference is for people to see their wages rise through their efforts rather than through taxation of other people put into their pay packets, rather than welfare,” he said.

However, critics point out that many of Universal Credit and Working Tax Credit are actually in work, but are on low wages.

Shadow work and pensions secretary Jonathan Reynolds told HuffPost UK: “The prime minister is simply wrong to say it’s a choice between his £1000 a year cut and getting people back into work.

“Almost half of those receiving Universal Credit are already in work. His ignorance doesn’t excuse the massive cut he is about to inflict on millions of hard working families.

“If he really wants to back working people he should see sense, cancel his cut to Universal Credit and raise the minimum wage to at least £10 an hour.”

Johnson’s remarks came within minutes of the Tory party revealing that a donor provided more than £52,000 to cover some of the costs of lavish renovations to his Downing Street residence.

The PM was responding to a new letter from two Tory MPs who urged him to make permanent the £20-a-week increase to Universal Credit introduced at the start of the pandemic last year.

John Stevenson and Peter Aldous told Johnson there are “no sensible voices calling for Universal Credit to be scrapped” and called for the uplift to become permanent in order to provide people with “stability and security”.

They said: “This could be one of our best legacies from the pandemic and can provide the cornerstone of a social security system of which, as Conservatives, we can be proud.”

The MPs are part of a cross-party campaign calling for the increase to be made permanent, including members of the Commons Work and Pensions Committee and six former work and pensions secretaries.

Iain Duncan Smith, who introduced Universal Credit when he was work and pensions secretary, has backed the campaign too.

Around one in three households with children in key battleground constituencies will be £1,040-a-year worse off when Covid-related uplifts to Universal Credit and Working Tax Credit are axed on October 6, according to the Joseph Rowntree Foundation.

The anti-poverty research group calculated that ending the £20-a-week increase introduced last year will result in the “biggest overnight cut in benefits since the Second World War”.

Meanwhile, the Electoral Commission published on Thursday the Tory Party’s annual accounts, which revealed the real source of funding for Johnson’s expensive upgrade to his Downing Street home.

The refurbishments to the flat in No 11 sparked sustained scrutiny of Johnson’s personal finances, with the works vastly exceeding the £30,000 annual limit afforded to the Prime Minister.

Conservative Party accounts  revealed its central office provided a “bridging loan” of £52,802 to cover the works after being invoiced by the Cabinet Office in June last year.

The party was “reimbursed in full” by Lord Brownlow in October, before  Johnson “settled the costs” incurred by the Conservative peer in March.

Labour deputy leader Angela Rayner said: “These latest revelations prove that the Prime Minister appears to be allergic to telling the truth about the dodgy dealings and the web of conflicts of interests, secret loans and cover-ups that hang over him like a bad smell.”