Latest News
Home /Mother-of-three, 38, killed by boat propeller after she was jolted overboard

A mother-of-three was killed by a boat propeller after she was jolted overboard when the her Norfolk Broads cruiser bumped into a river wall, a report has revealed.

Laura Perry, 38, was standing on the rear aft deck when her family’s 42ft-long hire boat hit the side while trying to turn around.

She tumbled into the River Bure and died of multiple injuries and drowning after becoming ‘caught’ in the propeller.

A report by the Marine Accident Investigation Branch has now revealed that the tragedy happened after her family tried to moor at the Great Yarmouth Yacht Station.

It found that the cruiser was full as it tried to turn around, and its stern ‘made hard contact with the embankment wall’ opposite the station – with Ms Perry knocked into the water.

The report said: ‘She was caught in the propeller and fatally injured. At the time of the accident, the motor cruiser was being manoeuvred to stop and turn in the river.’

Ms Perry from Bermondsey, south east London, was on a Norfolk Broads holiday with eight family members when the tragedy happened on August 19 last year. 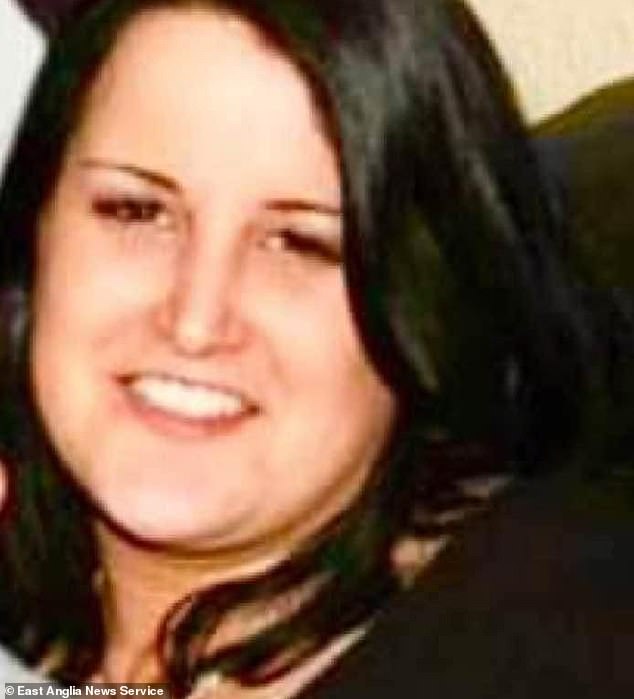 Laura Perry, 38, was standing on the rear aft deck when her family’s 42ft-long hire boat hit a river wall while trying to turn around – sending her tumbling 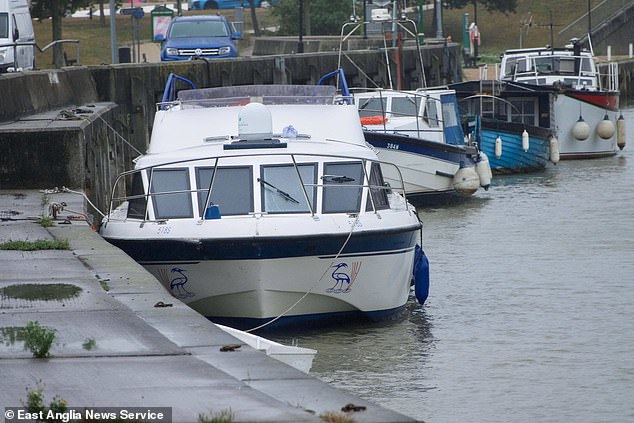 Pictured is the hire boat she fell from. A report into the tragedy said: ‘She was caught in the propeller and fatally injured. At the time of the accident, the motor cruiser was being manoeuvred to stop and turn in the river’

Her death caused the MAIB to call for safety improvements in the hire boat industry.

The report said the MAIB had considered boat construction standards for prevention of persons falling overboard, the handling of large dual control cruisers by hirers and the hire boat induction and handover process.

Ms Perry was described by her family as ‘incredibly caring’ and devoted to her three sons aged four to 16.

Norfolk Coroner’s Court in Norwich heard in January how her family had given her occupation as ‘full time mother’.

Pathologist Dr Ray Lonsdale gave her cause of death as ‘multiple injuries and drowning due to or a consequence of entrapment beneath a boat following a fall into the water’.

A full inquest is to be held at a later date and a final report by the MAIB is to be published after consultation.

Ms Perry’s family said in an online tribute: ‘She treasured her boys and embraced every minute spent with them on a multitude of trips, adventures, holidays and ”memory-making”. She loved them and, their father, James Allen, very deeply.’

Police, firefighters, paramedics and coastguards arrived in around 20 vehicles along with lifeboats and an air ambulance after Ms Perry became trapped underwater.

Emergency services including a team of divers spent around 90 minutes battling to release her body. She was pronounced dead at the scene. Her cruiser called Diamond Emblem 1 had been hired from the Norfolk Broads holiday company Ferry Marina based at Horning.

The incident led to a stretch of the River Bure being closed to boats for several hours.

Police officers twice extended the cordon, telling onlookers with children to move away.

The Ferry Marina website described the Diamond Emblem as ‘the dazzling damsel of our fleet featuring the highest capacity for passengers.’

It added: ‘The sleek design boasts an enormous sun deck and ample quarters for a total of ten people. Diamond is fully kitted out with all the mod cons you’d expect.’

A separate inquest at Norfolk Coroner’s Court last December heard how Simon Houlder, 29, died after being slashed by the propeller of his Norfolk Broads cruiser when friends pushed him into the water as a prank on September 15 near Great Yarmouth.

He was fatally injured in the River Bure after becoming ‘trapped in the propeller while trying to get back on board’.

The Broads Authority’s chief executive John Packman issued a safety warning for boat users after the two deaths, saying they ‘had terribly tragic consequences for those involved’.

He added: ‘As with any activity on the water, there are risks involved and to minimise these it is important that everyone follows safety advice for using the waterways.

‘It is especially important for those that have not used a boat before.

‘The Broads Authority will continue to work closely with hire companies to get these messages across effectively when customers pick up their boats and we will review how we can further improve this to prepare people for their experience on the Broads.’