Finsbury Park mosque murderer Darren Osborne could permanently lose his sight in one eye after he was subjected to a ‘brutal and unprovoked attack’ by a fellow inmate. 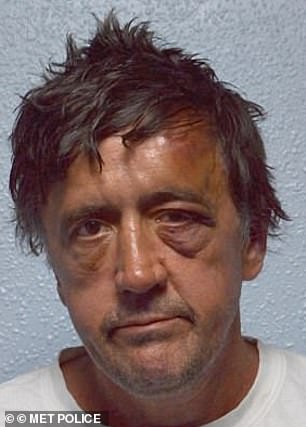 Finsbury Park mosque murderer Darren Osborne, 47, (above) could permanently lose his sight in one eye after he was subjected to a ‘brutal and unprovoked attack’ by a fellow inmate at HMP Full Sutton, York

47-year-old Osborne, who was convicted of ramming a van into a crowd of people outside the London mosque in 2017, was stabbed by convicted murdered Patrick Chandler in an ‘unprovoked attack’ at HMP Full Sutton, in York.

He was left with permanent damage to his right eye after Chandler, 48, stabbed him in the head, arm and torso with a self-made blade fashioned from a wooden tool, a court heard.

Osborne – who is serving a 43-year sentence behind bars for his role in the terrorist attack – was assaulted so violently that part of the weapon snapped and was embedded in his forehead.

The attack left Osborne ‘terrified’ he would permanently lose his vision after he was told he could require a ‘glass eye’ in the future.

Hull Crown Court heard how Chandler launched the vicious attack on Osborne while on the sports pitch at the maximum security prison in York.

Chandler was sentenced to life with a minimum of 18 years for the murder of John Comer in Manningtree, Essex, in 2017, before later getting an extra 10 years added after he attacked another inmate at a prison in Chelmsford. 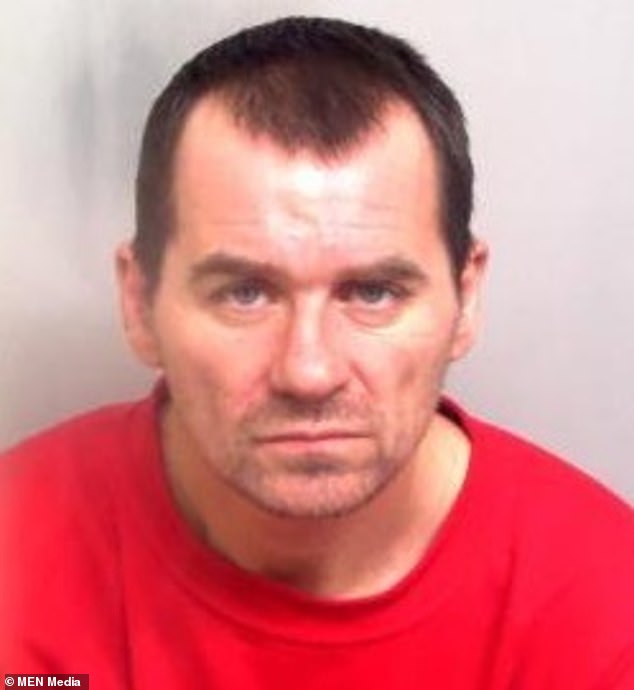 Osborne was stabbed by convicted murdered Patrick Chandler, 48, (above) who used a self-made blade fashioned from a wooden tool in the ‘unprovoked attack 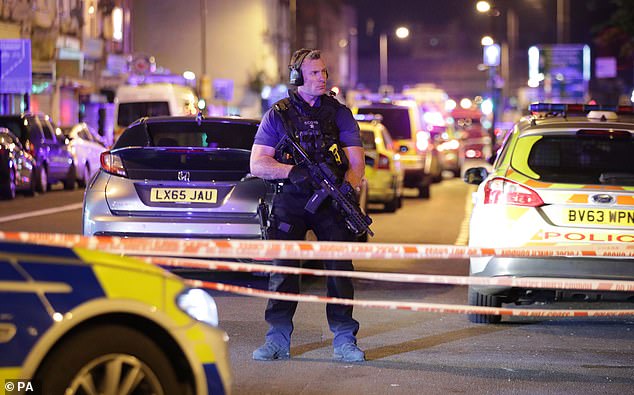 Osborne is currently serving a 43-year minimum sentence behind bars for the Finsbury Park mosque murder which killed one man, Makram Ali, and injured nine others in June 2017

But the attack on terrorist Osborne has now landed him an extra eight years behind bars, meaning that he has already doubled his jail time with his behaviour in prison.

Osborne is currently serving a 43-year minimum sentence behind bars for the Finsbury Park mosque murder which killed one man, Makram Ali, and injured nine others in June 2017.

The jobless father-of-four from Wales slammed his vehicle into a large crowd outside the London mosque four years ago.

He now faces the prospect of dying behind bars as he won’t be eligible for parole until he is at least 91-years-old.

The prosecution told the court that Chandler’s attack on far-right Islamophobe Osborne left him with ‘significant’ and ‘permanent damage’ to his eye.

Her Honour Judge McKone said Osborne had been left ‘very frightened of losing the sight in his right eye’, and although was expected to make a full recovery, could end up requiring a glass replacement in the future.

The assault also left him with permanent tissue damage to his arm. 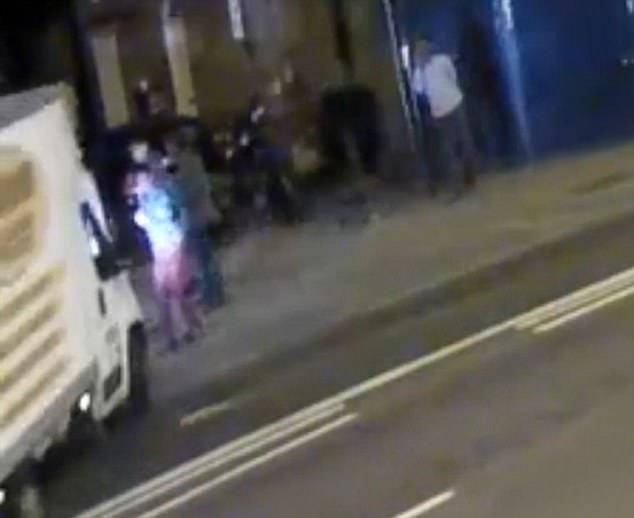 At his murder trial in 2018, the court was shown shocking footage of the moment Osborne swerved his van into the crowd in Finsbury Park

‘Understandably he has been affected – mentally and adversely – by your attack, and feels more vulnerable because of it,’ the judge said.

Chandler, of Full Sutton, pleaded guilty to inflicting grievous bodily harm and having a sharpened instrument in prison at an earlier hearing.

His offence was deemed the most serious category due to the pre-meditated nature and the extent of Osborne’s injuries, meaning another life sentence was on the cards.

But Kevin Blount, defending Chandler, told the court that a further life sentence behind bars would wipe away ‘any glimmer of hope’ he had of being a free man.

Sentencing the defendant to a further eight years, Judge McKone told him that she recognised he was already facing a long spell in jail, but that without further punishment for last summer’s offence he would have ‘no motivation to not continue to behave this way’.

She told him: ‘You clearly ruminate on perceived wrongs and then make a calculated decision to act violently, and that makes you very dangerous.’